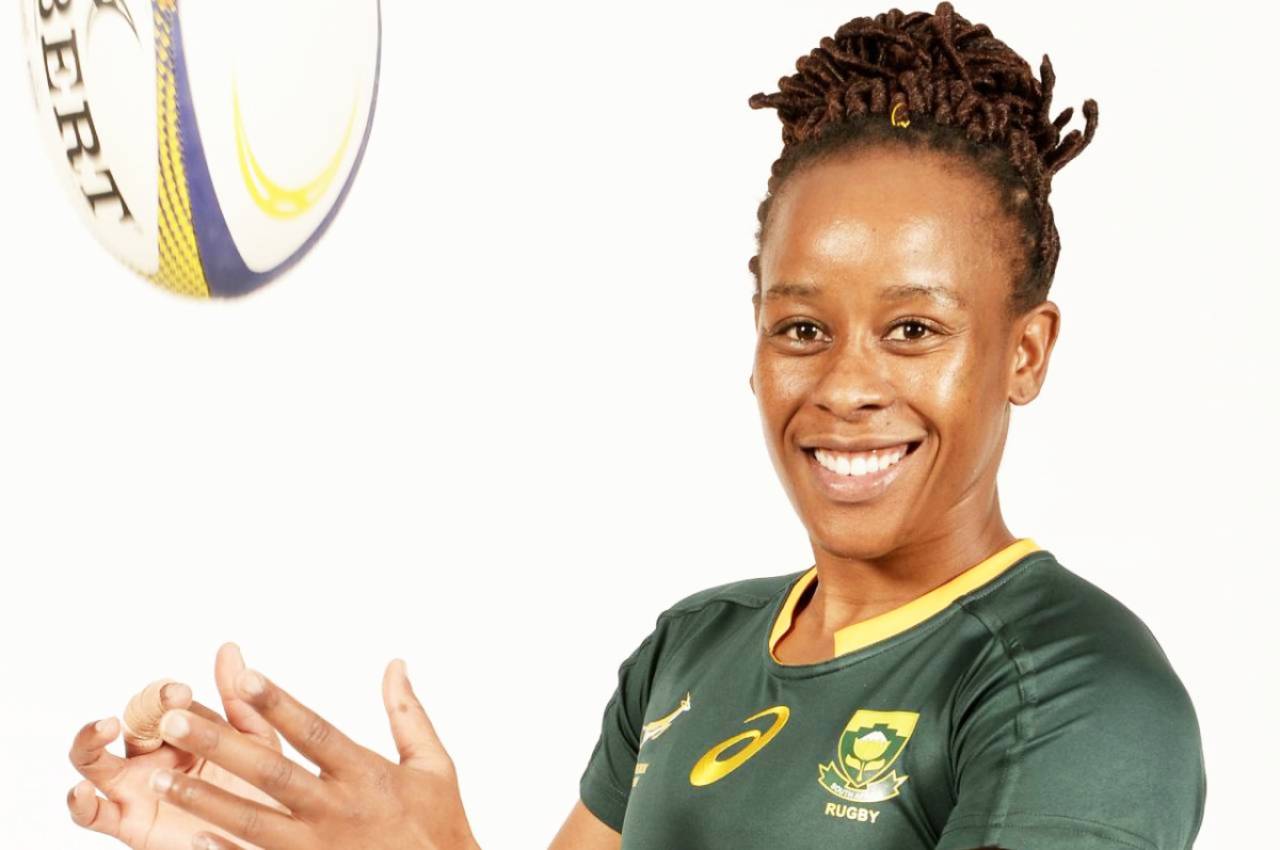 Springbok Sevens Keen to Make Their Mark in Tunisia

The Springbok Sevens will arrive in Tunisia tomorrow for the Rugby Africa Women’s Sevens tournament with a good mix of experience and new talent, and will be spurred on knowing that they can overcome an important hurdle on their way back to the HSBC World Rugby Women’s Sevens Series with a top two finish.

Ndawonde wants to contribute again to a qualifying effort for her country, as the two finalists at Mustapha Ben Jannet Stadium in Monastir will be entered the World Series qualifying tournament next year.

“There is a good combination in the squad, and we are in a good space mentally.” – Springbok Sevens player, Zinhle Ndawonde

“We have some very experienced players in the team, and I think that will count in our favour,” said Ndawonde.

“The likes of Zenay (Jordaan), Mathrin (Simmers) and Nadine (Ellis) are very experienced in sevens, while the likes of myself and Zintle (Mpupha) played fifteens together earlier, as well as Sizophila Solontsi.

“Also, Coach Paul (Delport) picked his squad with a particular result in mind and added some exciting new players to the team. There is a good combination in the squad, and we are in a good space mentally.”

Ndawonde said they know that the country is behind them and that is worth an extra player.

“The Springbok Women’s Sevens team will go out and do their best, that I can promise,” she said.

“We are encouraged and boosted by the knowledge that our supporters, family, friends and South Africa are behind us. We are lifted by the fact that we have the support of all in the country.”

“I am very pleased to be fit and ready this time and I am looking forward to the tournament.” Springbok Sevens player, Liske Lategan

Two newcomers will travel abroad with the team for the first time. Liske Lategan and Meghan Philips both said representing South Africa will be a massive honour. Lategan, who hails from Ben Viljoen High School in Groblersdal, was named in the squad to play in Dubai last year but had to withdraw due to injury. This time around, the B. Ed student at the University of Pretoria, is raring to go.

“Massively excited. I have not been to Tunisia and I understand from the senior players that it can become quite hot. I am very pleased to be fit and ready this time and I am looking forward to the tournament. We have a good squad I feel, with several very experienced players. The determination is there to do well,” said Lategan.

Philips, currently studying engineering at the University of Pretoria, said she hopes to contribute to the team with her speed. The former Helpmekaar College pupil was a star track athlete and received provincial colours in the sport.

“With my athletics background, it is fair to say that I hope to contribute with my speed amongst other things, so we will have to wait and see how that turns out for us,” she said.

“I am pretty excited to be honest. This is a massive honour playing for my country and I cannot wait. It will also be my first time for the team in an official tournament and it will be a first visit to Tunisia. We worked hard to be competitive at the tournament and we travel with great determination to do well,” Philips ended.