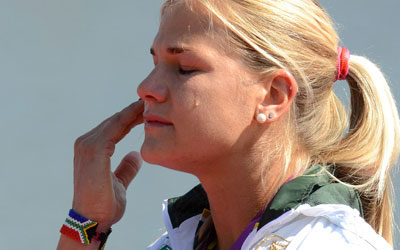 Bridgitte Hartley has earned praise from far and wide after she bagged bronze in the K1 500 Final at the London Olympics. Reigning world canoeing marathon champion, Hank McGregor has called it arguably the toughest of the six medals won by Team SA. Deputy Sports Minister Gert Oosthuizen called it his personal highlight of the Olympic Games. Bridgitte spoke to gsport in the aftermath of her incredible Olympic experience.