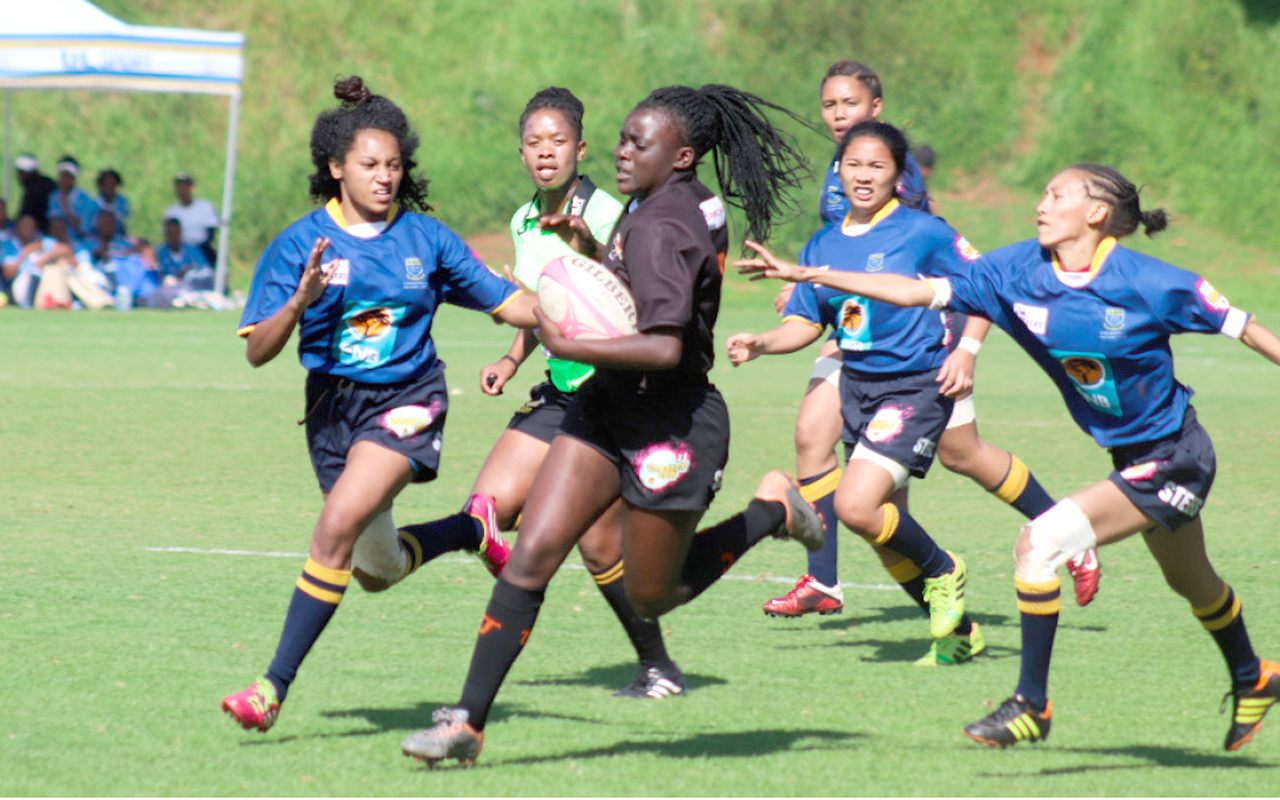 Having had a taste of international competition, University of Johannesburg sevens rugby star Voice Ndou is eager to continue her association with the Blitzboks women’s team.

The 19-year-old BA student, who is in the third year of a community development and leadership course, received her chance at the highest level in the HSBC Dubai sevens tournament in December.

“I was called up to a national camp in May but only got a chance to play later in the year,” – University of Johannesburg sevens rugby star Voice Ndou

“It was a great learning curve and has whetted my appetite to continue representing the Blitzboks. I would love to become a permanent or contracted player,” said Ndou, who was christened Vhugala but is better known by her second name, ‘Voice’.

With her sights set on a lengthy career in the sport, Ndou said that besides turning out for the national team she was targeting a place in the University Sport South Africa squad for the World Student Games in Italy this year.

Following her experience with the national team last year she added that her biggest lesson was realising that hard work always paid off.

“I discovered that it did not matter where you came from or what your background was,” she said. “That does not determine your future and I realised that, with dedication, you can achieve your dreams.

“I also learnt to become better organised and more disciplined as a player.”

Ndou, who stays in residence in Auckland Park, received other valuable lessons in terms of having respect for her teammates and opponents and realising that “losing is not the end of the world”.

“The important thing I found out was to try to learn from your mistakes and to interact with the team so you create a family atmosphere within the squad.”

Looking ahead, she said she would be working on the physical side of her game to help her cope with the demanding nature of international competition.

As she goes through the final year of her degree, Ndou acknowledged the opportunities she had received during her time at UJ.

“Earning my national colours and playing against international opposition have been the highlights of my career so far,” she said.

“But this would not have been possible without the support and guidance I have received at UJ.

“Playing for them has put me in a position to play at a higher level and provided a platform for my sporting aspirations.”

She paid tribute to UJ sevens coach Mbuyiselo Siqebengu, sevens manager Tumelo Leseke and sports scientist Liphiwe Nxasana for the impact they had had on her career.