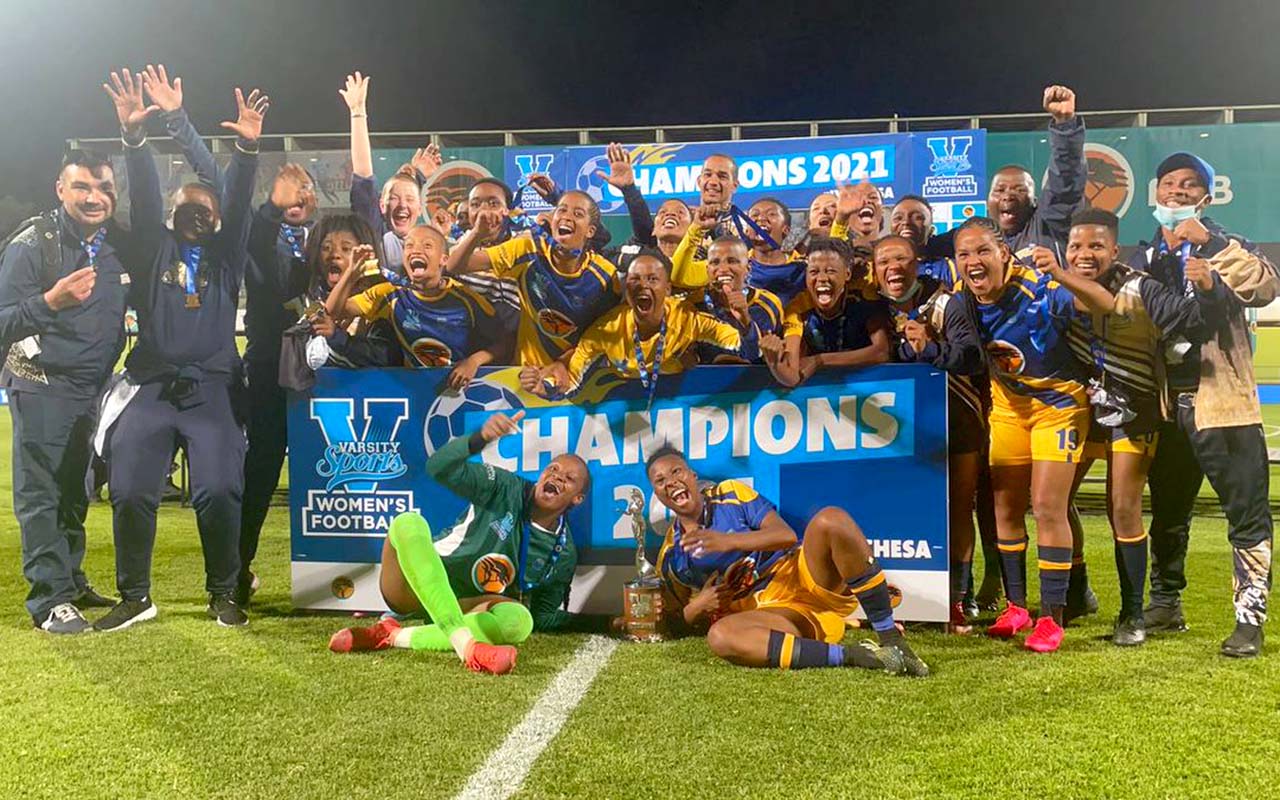 UWC beat Tuks 4-3 in their penalty shootout after their full-time stand-off.

Xesi says that her team will continue pushing and defending their maiden Varsity Cup title in the next season.

“Going forward I think we don’t drop the standard; we keep it up, and we keep pushing and keep working as a unit, and I think we will be good, and come next edition, we’re defending our title.”

Round one of the contest also saw a win from Wits, who grabbed a 5-1 victory from debutants DUT.

Elsewhere, six-time Varsity Football women’s champions TUT were left defeated in their opening battle against Tuks. TUT conceded two goals which were scored on either side of the 30-minute break.

In the second round, Tuks vanquished DUT 5-1 in a Group A encounter to drop the KZN team to the bottom of the table.

The game between the Wits and TUT ended in a 2-all tie. Nompumelelo Tshabalala equalised early in the second half to bag one point at the end of the game.

The third round saw UWC take a comfortable 5-0 win against UL. UWC remained unbeaten in the competition at this point and secured a top spot in the series.

Debutants DUT were destroyed in a 7-0 defeat against TUT.