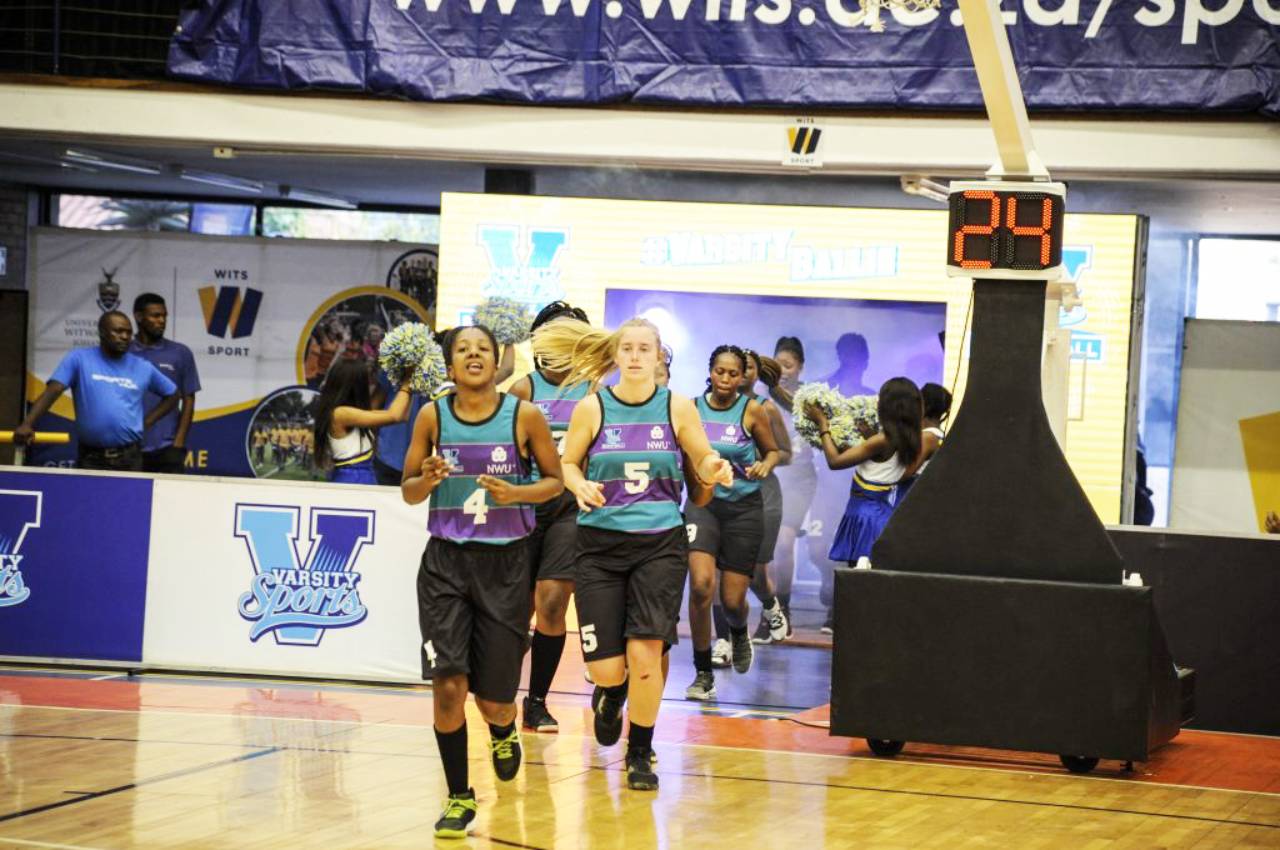 Round Two of Varsity Women’s Basketball saw VUT and NWU continue their great run of form, to emerge as clear favourites to claim the inaugural title.

NWU and UCT took to the Wits Sports Hall floor first on Friday and both stepped up their game from their tournament openers.

NWU were once again in cruise control and comfortably dispatched UCT 75-50. The ladies from the North-West University’s Vaal campus set the tone for their victory in the first quarter which they claimed 21-9, with their attack of Phindile Nkosi, Mapule Mwale and Jinita Nyalungu coming to the fore. NWU followed it up with a 24-15 second quarter to claim a 45-24 advantage at the break.

UCT brought more fight to the contest in the second half after, at one stage, being as much as 32 points behind. Alika Meyerkort and Masedi Madisha were their protagonists as they went from only being six points worse off than NWU during the third quarter, before winning the fourth – 18-16. At the very least it will give the team in blue confidence ahead of the de-fact ‘third-place play-off on Saturday against Wits.

For their part, Wits were underwhelming when they suffered a 71-49 defeat at the hands of the impressive VUT.

Initially, the Witsies gave as good as they got as Ipeleng Nyatlo established herself as a point-scoring threat to VUT. She was key to the first quarter score only being 17-15 in VUT’s favour and the half-time reading a narrow 40-33 at half-time.

VUT established who was ‘boss’ in the final two quarters by winning them with seven- and eight-point margins. For them, Keitumetse Molisane, Stabile Ngandini and Emma Makoni were regular scorers as they established a healthy end-of-match points difference.

Honour and Pride to Play for

As a result, the Varsity Women’s Basketball log sees VUT edging NWU at the summit of the log, as they are 14 points better off. Wits and UCT complete the standings, but Saturday’s fixtures will determine the final standings.

VUT and NWU will lock horns in a top of the table clash at 16:00 – a likely final dress rehearsal. Before that, however, hosts Wits and UCT will be looking to get something out of the tournament, when they meet at 13:00.