As South Africa gears up to host the 2010 FIFA World Cup, people around the country are going soccer-mad, with a host of corporate leagues being launched.

The SuperSport Corporate Soccer League is one of the popular ones. Now in its fifth year of operation, it includes leagues in Joburg, Pretoria, Cape Town and Durban.

The leagues are six-a-side social soccer matches, where each company organises their own team to compete on a weekly basis against other corporate’s from different sectors.

All matches are played under flood lights at different venues, and offer excellent networking and team building opportunities for the players. Teams play around 12 matches per season, with each match being contested over two 20 minute halves.

Interestingly, women in the corporate sector are donning their soccer kits, and taking to the beautiful game in their numbers.

The SuperSport Women’s Corporate Soccer league started in 2003 in Joburg, and has grown from five teams to around 50 teams per year.

The Cape Town League started in 2004, and is now sitting at around the 20 teams per year mark. A new league will be starting in Pretoria shortly, with a league planned for Durban in 2007.

In the past two years, various tournaments have taken place over the weekends, and have created an excellent hype for the women’s teams.

Teams have earned around R30 000 in prize money in these tournaments, and their participation in these events have helped to raise around R80 000 for various charities.

The next women’s tournament will be taking place at the Liberty Life Corporate Games in Joburg on 14th October 2006, where teams will again participate on a round-robin basis to compete for fantastic prizes and the championship crown.

The SuperSport Corporate Soccer League is managed by Interactive Sport – a sports events management company that has been “Connecting and Inspiring people Through Sport” for the past 5 years.

For more information on any of the leagues, call 086 111 2010 or visit the Interactive Sport website. 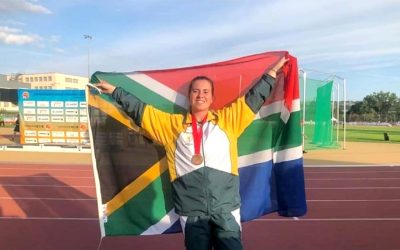