At 27, she already has experience in radio and television sports broadcasting, and continues to hone her broadcasting skills as a presenter on pay channel, SuperSport.

Cindy also finds time to educate the nation about the benefits of playing sport through SuperSport’s Let’s Play campaign and is a firm supporter of our woman sports athletes.

A hard worker, this former teacher, has spent nearly 10 years breaking down barriers and forging ahead in the tough world of broadcasting.

Her sheer determination and her ability to dream big could see Cindy reach her 2010 World Cup goal. 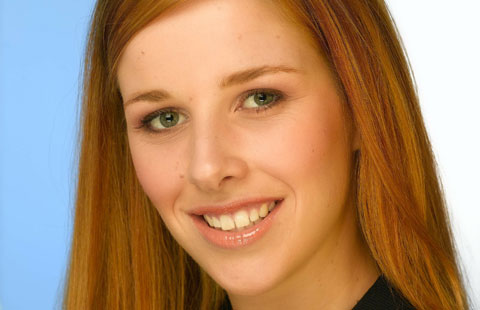 How did you get into broadcasting?

I joined 702 in 1997, it was student job answering phones on their traffic desk. Dave Jack was the sports editor at the time and encouraged me to audition for sport presenting.

I never did so until I moved to 94.7 Highveld Stereo, where station manager Ravi Naidoo gave me the opportunity to become their first weekend sports presenter. Nearly 4 years later, SuperSport asked me to audition for them… and as they say… the rest is history.

I am currently presenting on SuperSport’s What A Weekend alongside Robert Marawa. It’s a weekly show on a Monday night where we celebrate sport from the past week.

I’m also busy with Super Sport’s Let’s Play campaign –  we’re getting the nation active and educating people about the benefits of playing sport and leading a healthy lifestyle.

What has been the biggest highlight so far?

Without sounding clichéd – everyday is a highlight for me. This is my dream job! I am mad about sport, I get paid to watch it and even better I get to present it to the nation.

It’s obviously also exciting when you get to meet the sports stars themselves. 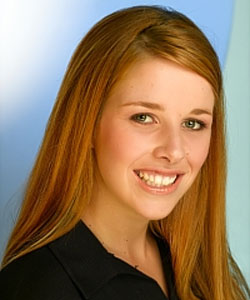 What is the biggest challenge working in a male dominated field?

Men often don’t take female presenters seriously. They see us as ‘a pretty face who wants to meet the sports stars’ as opposed to seeing as us as journalists who actually enjoy sport and have the knowledge to go with it.

There’s also the stereotype that a male will do a better job at presenting sports such as rugby, cricket, soccer etc and that females lack credibility when presenting these sports.

This is a difficult question. I have so many favourites and for so many different reasons. If I had to answer this question tomorrow I would kick myself for leaving someone off the list.

The Wanderers in Johannesburg, it’s where I went to my first live match. I cannot remember who ‘Transvaal’ was playing but I do remember being overwhelmed by the enormity of the stadium and just how much better the atmosphere and the stadium is in real life as opposed to what you see on TV.

My taste in music depends on my mood. I’m pretty open to any music, as long as the lyrics are good and the tune is catchy, I’m sold.

“Reach for the stars but keep your feet on the ground”

When I see people who are worse off than me, doing so well for themselves, it inspires me to do more with my life.

When people tell me that I cannot do something, when I know I can, it makes me want to prove them completely wrong!

My parents. They have shown me that with a sense of humour and a strong self-belief you can get through any difficult situation.

gsport’s theme for December is CELEBRATION. How will you celebrate this festive season?

Family is the most important thing to me, this year my gran will be here from overseas. So I will definitely be spending the festive season surrounded by family. And in the week between Christmas and New Years I will be having loads of friends over for braai’s in the awesome South African weather.

What did you do before you got into broadcasting?

I studied teaching, and taught for a short period at Bryanston High School whilst trying to get my career in TV off the ground.

In the very beginning of my career, back in 1998 I was told that I should rather go into ‘sales or PR’ – if I had listened to that person, I wouldn’t be living my dream.

I guess the morale of the story is never stop at the first hurdle, keep going. Just because sports presenting is stereotyped as a ‘men only’ career, it does not mean that a female isn’t equally capable. If you love sport enough, and if you want to present it badly enough, then make sure you have the knowledge to get yourself ahead in the field and don’t let anyone stop you!

How can we improve the state of women’s sport in South Africa?

I think women in sport could do with more media exposure, they get half the airtime in comparison to their male counterparts. There’s great talent out there that’s going unnoticed.

What would be your ideal job?

To be Sky News’ soccer World Cup correspondent for 2010.