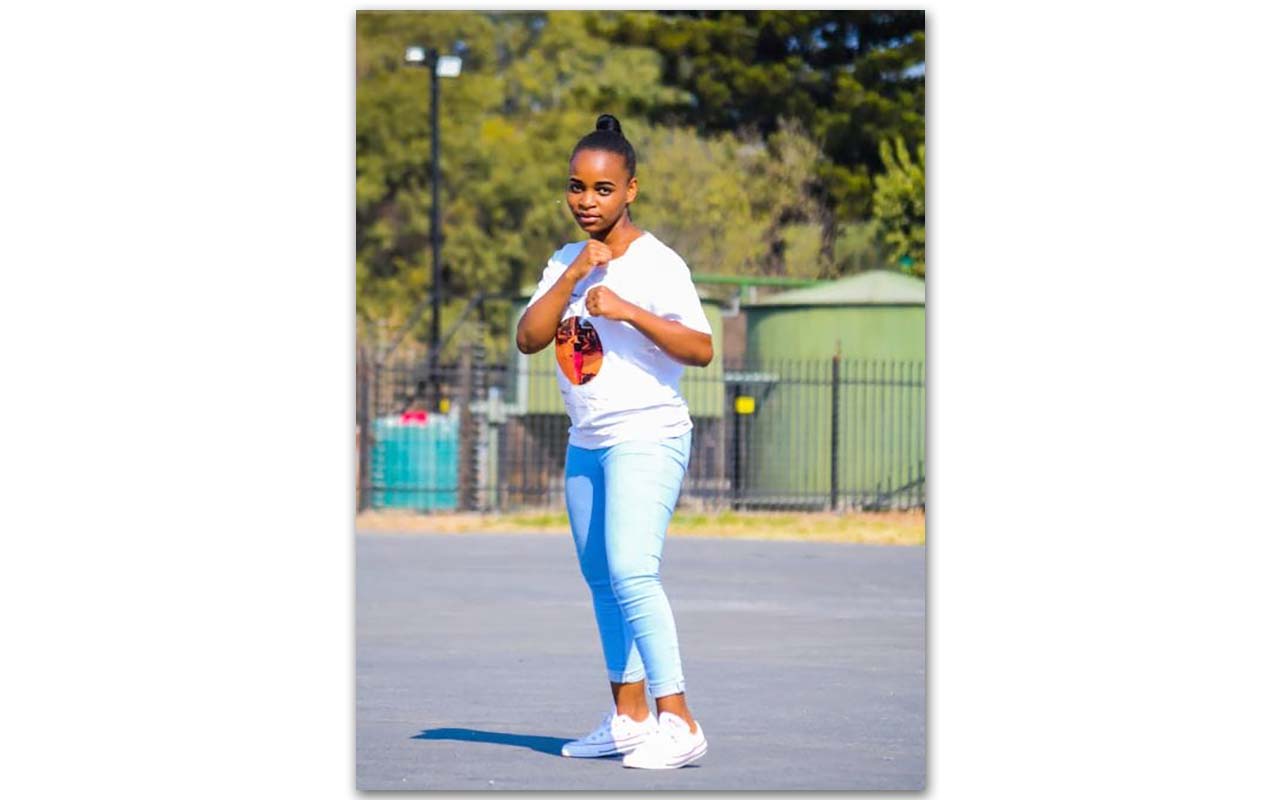 Marikana Boxing Club’s Asande Simelane has her eyes set on becoming the next best female boxer in South Africa as she wants to follow the path of Noni Tenge and Bukiwe Nonina.

Hailing from Rustenburg, the 22-year-old fell in love with the sport while in Grade 8 when she found a boxing gym near her home.

Since then, she has been working hard to ensure that she fulfils her goals as she climbs the ranks in the sport.

Simelane hopes to inspire young girls to take up the sport not only to compete but as a form of self-defence and living an active, healthy lifestyle.

Speaking with Tlamelo Kganakga, Simelane chats about challenges and highs and lows of her career to date.

Asande, thank you for your time. Please tell us about yourself and where you are from?

My name is Asanda Simelane a 22-year-old living in Rustenburg, Marikana in a place called Wonderkop. I grew up here in Wonderkop living with my father who was working in the mines.

When did you decide that you wanted to get into boxing and if you weren’t in boxing, where would one find you?

When I was doing grade 8, I wanted to participate in sport and I did not like netball, so I went for ladies’ soccer, but I didn’t find it interesting, so there was a boxing gym next to where I was staying. I went there one faithful day after school and that’s when I realised, I had passion for boxing. I think if I wasn’t a boxer, I would be in the kitchen – a chef.

Who is the most influential person in your life?

There are a lot of people who have played a tremendous part in my life. My family has the biggest influence, especially my dad. My boxing coach Mziwenkosi Grey has been a unique influence in my life teaching me great lessons in life. He always tells me that it is important to be independent both in boxing and in life. I am a better person knowing him and I thank God for everyone around me.

What is your biggest failure and what did you learn from it?

I have faced different challenges in my years of boxing, and I have stood up to them to my full potential. At one of the nationals, I did not deliver as expected but I gained experience and I took it as a motivation even though I feel I could have given better results at the end of it. I took it as a motivation to yield improvement in the coming national Championships.

What have been the highlights and lowlights of your career so far?

Lowlight -I have been a flyweight ever since I started boxing and I have struggled with making the weight for a very long time.

How has this pandemic affected you and how are you dealing with it?

With the love for boxing, it has been really hard to not participate because we always went to the gym, and the pandemic forced tournaments to not happen, but we have learned to live with it.

What does it mean to be a woman in sports in South Africa, looking at how far we’ve come and still having a long way to go?

Women still remain under-presented in all sports in the country. Unlike other countries, participation of women in sport are not considered though we have full potential. Even though it is growing but I personally feel it is not enough.

What else do you want to achieve?

It would be a great achievement to become the next best female boxer in South Africa and also participate in the 2024 Olympics.

What would you say to a young girl who wants to make sport her profession, especially boxing?

Choosing sport is choosing a healthy lifestyle more than taking as a professional career. Boxing is a great sport and as a woman it helps us gain self-defence and also better stamina and endurance.

I am a very bubbly person I love laughing a lot, I love happiness and keeping people around me happy.

What do you do to relax?

I love having my own time, I mostly spend my time with my daughter, Praise.

Who are the two people you would invite for lunch and why?

Bukiwe Nonina and Noni Thenge. I look up to them here in South Africa as female boxers and I believe they would give me some hints (smiles).

Photo 1 Caption: Asande Simelane has her eyes set on becoming the next best female boxer in South Africa as she wants to follow the path of Noni Tenge and Bukiwe Nonina. Photo: Supplied