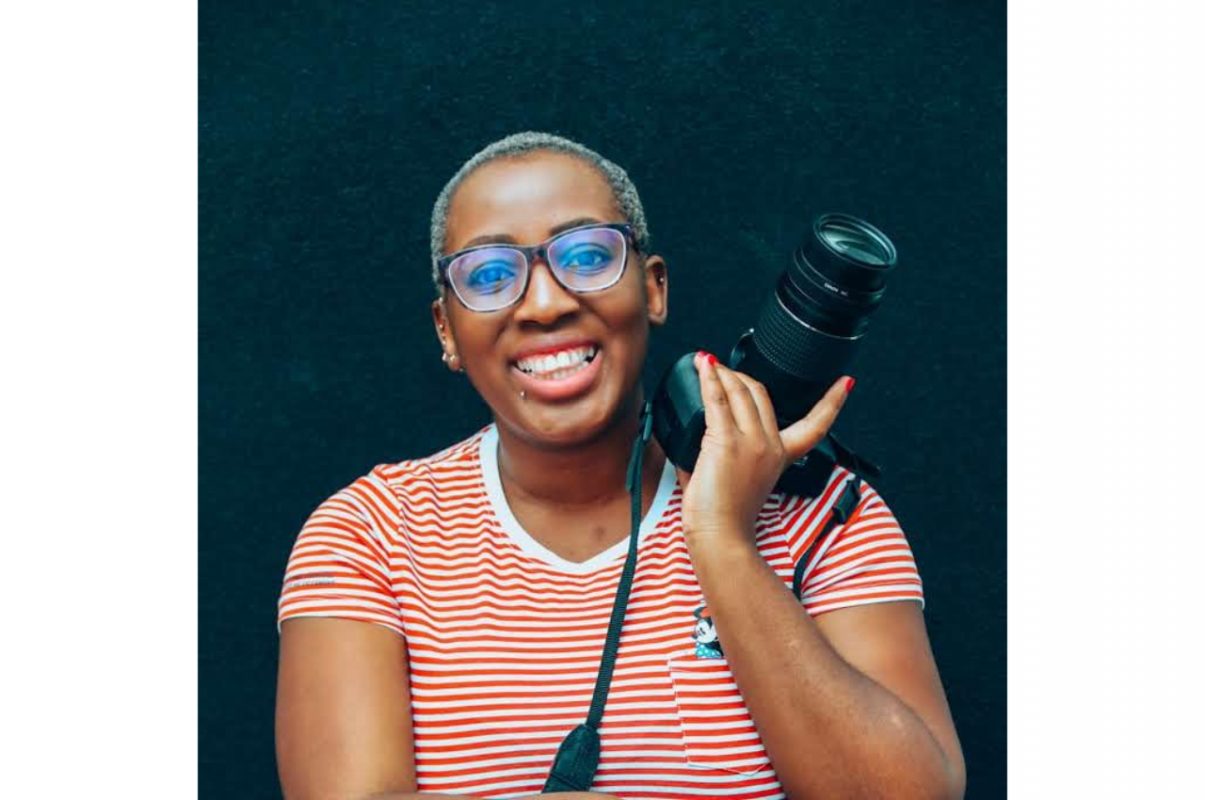 At an early age, Nakazwe was diagnosed with chronic sinusitis hence she was not allowed to participate in any sporting discipline. Though she would sometimes do athletics without her parents’ approval, most of her time was spent on the sidelines supporting her peers.

A holder of an Advanced Diploma in Purchasing and Supply Chain Management, Nakazwe’s career took a dramatic turn when she ventured into digital sports journalism. Despite the many challenges she has faced, the Zambian national is blazing a trail in the space as she unlocks the potential of new media technologies.

Nakazwe founded MN Sports Agency where she seeks to empower women in sports journalism and as well as athletes.

Speaking with Tatenda Gond, Nakazwe reveals challenges she has face and her future aspirations.

Ashley, thank you for your time. Please tell us more about yourself.

I am an Aquarius, aged 30. I was born and raised in a small mining town called Mufulira, on the Copperbelt Province of Zambia. At University, I studied Purchasing and Supply Chain Management but I also had an interest in Journalism and Law.

While at varsity, I started working at Exp Agency Zambia as Brand Interface Ambassador, then went on to be a Supervisor before I was trained as Client Service.

When did you develop a passion for sport?

I have always been passionate about sport since childhood. Unfortunately, I wasn’t allowed to take part in any sport because I have chronic sinusitis. I would still do athletics without my mum and aunt knowing (laughs).

Our town always hosted several sporting tournaments from swimming, rugby, football, cricket, golf etc, so during the weekends I would make sure I attended and watched as many sporting disciplines as possible.

You are the founder of MN Sports Agency, please tell us more about this.

I noticed that as talented women in sport and journalism suffer because no one is ready to support us, hence MN Sports Agency came about because I needed representation as a media personality and as someone who works in the sports industry.

As MN Sports Agency we will be talking with women in the sports industry about opportunities that are available for them, fighting and speaking on their behalf. We want to put value on the work of our athletes and journalists.

With a setup like this, even corporate will take us seriously. I remember when I received my accreditation to cover regional or continental tournaments, I was so eager to attend but there were no organisations willing to help me out because I am a freelancer.

Secondly, we are fighting for women’s football. I feel that teams such as the Copper Queens are neglected yet there is a lot that we can do, but as an individual; who is going to listen to me? Therefore, when we started it was easy for us to get that attention even from the Football Association of Zambia, which is good.

What are the most challenging things about your job?

In media, freelancing is very hard because credibility is hard to get and also getting the money, it is very difficult to sell your content.

What is the best thing about your job?

Covering football matches at a new stadium or for a different league for the first time always excites me. Then capturing top players’ moments and interviewing them during international tournaments is a bonus.

Do you think social media activities are shaping the future of women’s sport investment?

It is, nowadays social media is like a driving force. You see, increased visibility leads to increased awareness which would then lead to potential investment.

Which social networking sites do you think are the best when it comes to disseminating information about women’s sport?

Twitter and WhatsApp. The population of sport fans who use these networking sites has increased, and platforms like Twitter and Facebook promote engagements and build relationships with the public while at the same time promoting women’s participation in sports.

In your opinion, has there been increased online media coverage for women’s sport?

Yes, there has been increased online media coverage, but not as much as it should be. Looking at the times that we are living in, there has been an increase in people supporting women’s sport. If we could increase our coverage more and be consistent we would reach the masses.

As an online journalist, what are you doing to encourage women athletes to get active on social media?

I speak to as many of them as possible, especially the women that play for the national team in Zambia at different levels. Sometimes if needs be, I help curate and structure their content. Actually, as part of a project we are currently running at MN Sports Agency, we are trying to work with the Copper Queens with the view of building their public image which will possibly help increase their awareness and help boost their value for sponsorship and investment opportunities.

What do you think should be done to improve the coverage of women’s sport online?

Firstly, I think as journalists we should work together for that one goal which is to help publicise women’s football whether on television, in the press, on the radio or digital platforms. Secondly, media houses and producers should understand that they need to increase airtime for women’s sport regardless of the level. The more the audiences are fed women’s sport content, the better chances of increased demand.

Which women in sport media do you look up to?

Usher Komugisha: She is hardworking, unstoppable, smart, and dedicated. It’s like she plays chess with her career. She is fluent in so many languages and in my opinion, the type of person who does not want to be left hanging and always plays the right cards. I do not know how else to describe her, she is exceptional.

Busisiwe Mokwena: Her passion for women’s football is admirable. she contributes to the growth of women’s football in South Africa not only at national level but at grassroots and she does this so passionately, which inspires me.

Julia Stuart: Her articulation amazes me. She is always well researched and I am always inspired by her journey and growth in the media space. I admire her broadcasting career.

Who are you tipping to win the 2022 Total Energies African Women’s Cup of Nations?

What are you aspirations?

I want to cover the FIFA Women’s World Cup. It would be amazing if I cover the one which will be hosted by New Zealand and Australia. In addition, the Olympics and NBA Women’s Tournament. OMG, there are so many tournaments I would like to cover in my life!

On the corporate side, I want to contribute to the development of women’s football and the growth of women sports journalists. I feel like as women in this industry we lack representation hence if we are offered the same opportunities and representation we would grow at the same pace as our male colleagues.

Another goal is to become a sports lawyer and run the legal department at MN.

← Georgie Heath: “We’re All in This Together” Nominations for #gsport17 Heats Up! →