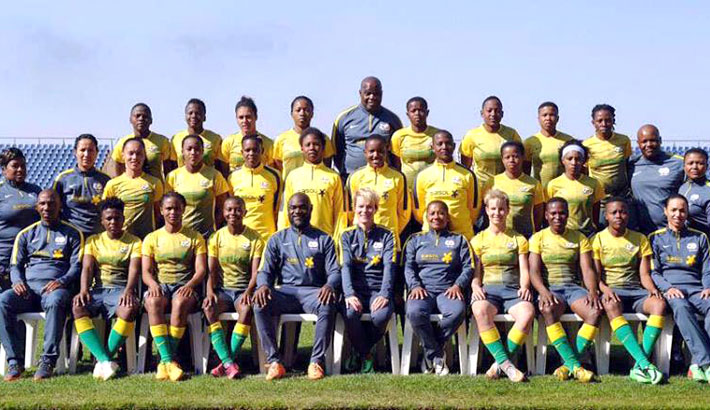 Banyana Banyana were eliminated from the African Games Brazzaville 2015 after their Group B was decided by the drawing of lots in Congo on Monday morning (14 September).

Both Banyana Banyana and Ghana finished equal on points and goals scored, conceded and difference and as per CAF rule, the toss of the coin was to decide who among the two who would proceed to the semifinals.

South Africa lost the toss and Ghana progressed to play in the penultimate stage of the tournament while Banyana Banyana is heading home.

Vera Pauw’s charges drew 1-1 with Cameroon in the opening match and 0-0 with Ghana while Cameroon and Ghana also ended deadlocked at 1-1; meaning Cameroon led the 3-team log standing on superior goal scored while Banyana Banyana and Ghana ended deadlocked on the same number of points and goals.

Banyana Banyana coach Vera Pauw said while she was disappointed by the drawing of lots she had accepted fate as this was part of the rules.

“Well, I don’t really have much to say except that I am very disappointed at the way we were knocked out, but then again rules are rules. I still think things went wrong for us when we had a penalty awarded against us, late in the first match.

“We then had to play Ghana who hadn’t played a match and were still fresh. I guess we were just unlucky, because the toss could have gone either way,” added Pauw.

“We really needed to play more matches as part of preparations for the Rio 2016 Olympic qualifier against Equatorial Guinea later this month. We will re-group and re-strategise to ensure we are more than ready when we play that match. But it is a bit disappointing for the girls to lose this way.”

Photo 1 caption: The Banyana Banyana squad for the African Games Brazzaville 2015. The senior national women’s soccer team were eliminated from the tournament on a coin toss, after ending the group-stages level with Ghana according to CAF rules. Photo: Supplied