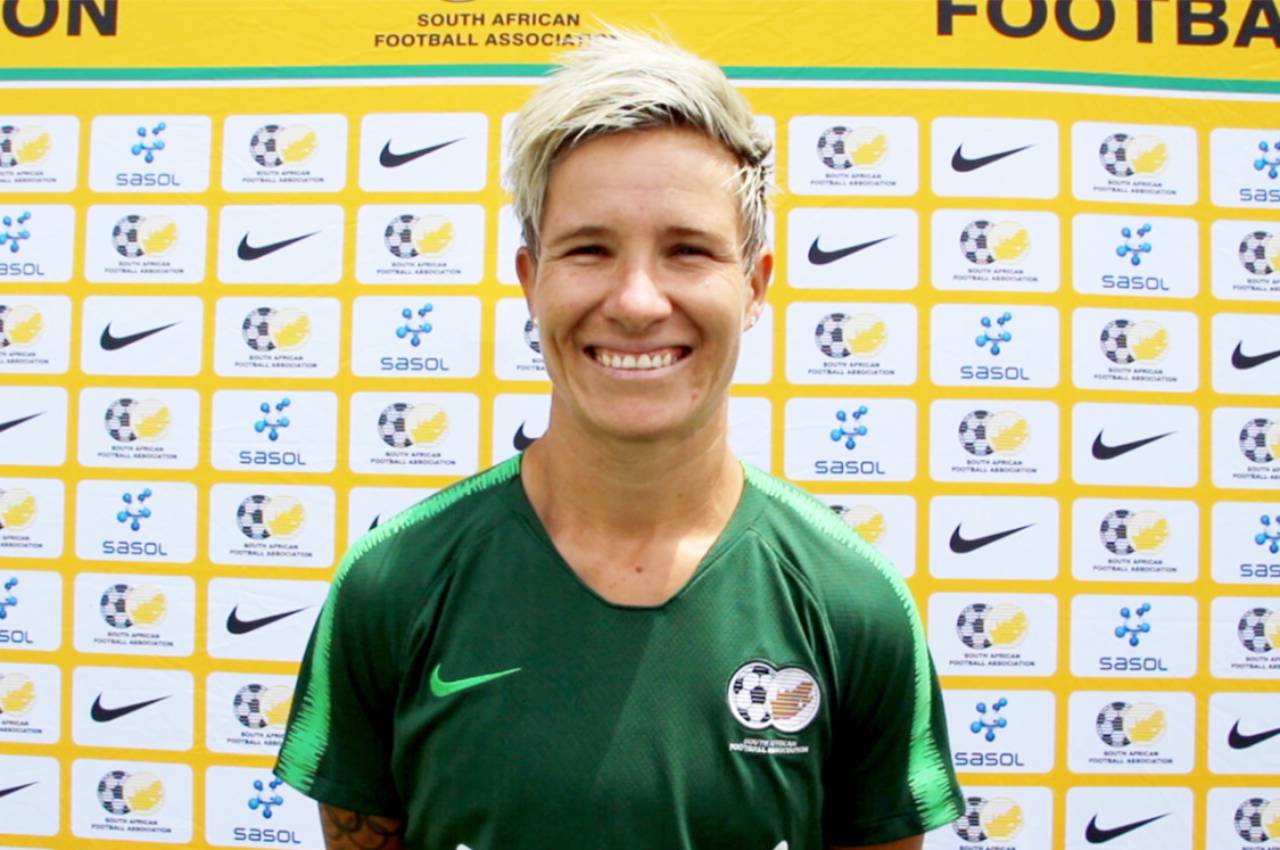 Banyana Banyana will be gearing up for their next international friendly match against Japan on the 10th of November, away at the Kitakyushu Stadium in Fukuoka and captain Janine van Wyk is excited that the national team is getting the opportunity to face tough opponents.

The South African international player is currently recovering from an MCL injury in Denmark where she signed for Fortuna Hjorring in August 2019 and will be hoping to be in full fitness to travel with the Banyana squad to Japan.

“It is fantastic that we are getting international friendly matches against quality opponents like Japan, and I think it is going to be a very tough encounter. They recently played Canada and beat them 4-0, so it is a huge task ahead of us,” van Wyk told SAFA Media.

“We haven’t been in camp for a while so that is a challenge, but everyone is going to be excited to come together and play some games. After the loss against Botswana players will want to prove a point that it was a fluke and that if you don’t take your chances you will lose games. Hopefully against a strong opponent like Japan we will come up against a good result to give us that confidence boost once again within ourselves as the national team and know that we are still a quality team that will put up a fight against any major team that we face.”

van Wyk together with fellow teammates Robyn Moodaly, Nothando Vilakazi, Leandra Smeda, Noko Matlou and Refiloe Jane played against Japan in the London 2012 Olympic Games where the match ended in a goalless draw, however, the captain believes that both teams have changed since then.

“Women’s football has grown so much since then, I think both teams have changed a lot, however I think Japan is a very well disciplined, organised team that would probably keep their style because of the strength that they have and produce within their players and their setup,” she explained.

“I think with Banyana Banyana the team has changed a lot, new coaches have come in and we have experienced a lot going into the Olympic Games in 2016, qualifying for the World Cup in France – so we have a lot experience compared to 2012, which is a plus for us.

“But what sets us back is that we haven’t played in a while since our game against Botswana, and since the World Cup we haven’t played a top end team, and Japan will really be a test for us because they are really a good team that will make sure that no one beats them at home, and that is how they are if you have seen the results again a top team like Canada. We need to be really cautious in what we do and how we approach the game, but I think it will be a good test for both sides to see where we are and where they are at.,” she ended.

Photo 1 Caption: Banyana Banyana captain, Janine van Wyk, will be eager to find her way back into the national team as she finds herself on the road to recovery after an MCL injury, as the South Africans set their sights on the international friendly against Japan on the 10th of November 2019. Photo: SAFA.net