Baobabs Officially Turn Over a New Leaf in TNL 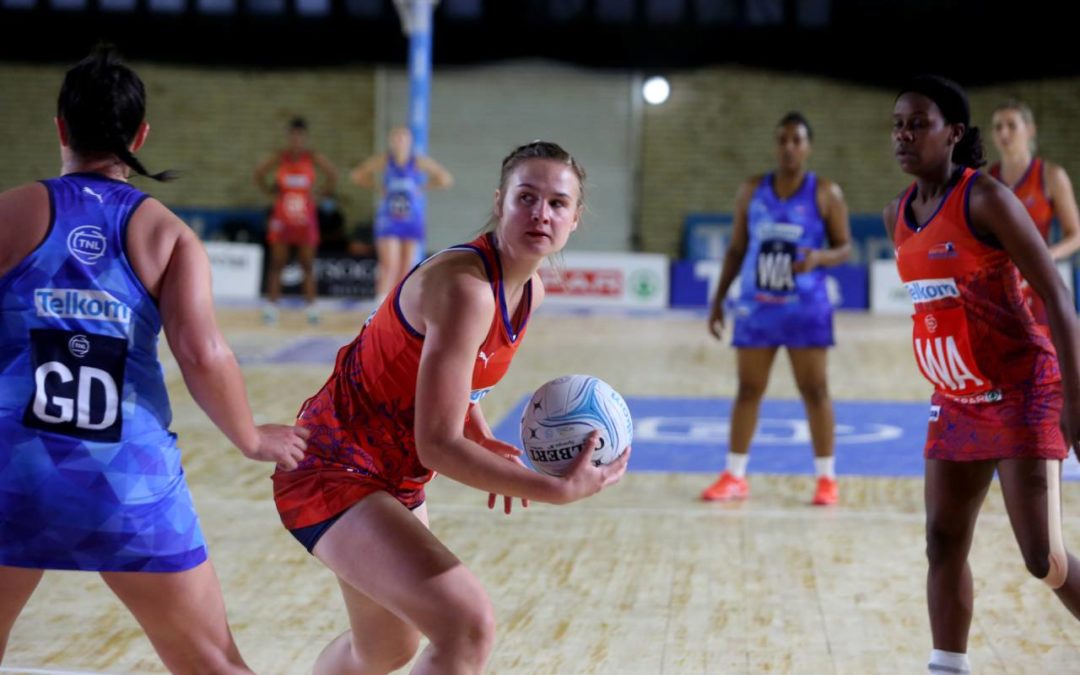 The Limpopo Baobabs stuck to their tried and tested starting seven that beat the Mpumalanga Sunbirds yesterday and were able to pull off the same results winning 41-35 against the Northern Cape Diamonds on Wednesday, 21 October 2020.

Following a 11-goal lead in the second quarter, it looked like the Diamonds were slowly bouncing back in the third quarter which ended 30-26 to the Baobabs. The Baobabs were still able to maintain their lead even with wing defence, Michelle de Nysschen’s ankle injury in the last four minutes of the game who was replaced by Merisca Steenkamp.

Baobabs captain, Nthabiseng Mothutsi was named Player of the Match and expressed her joy, ‘’I am actually very excited; I love the way my teammates are playing, and it is working for us so much. We listen, we implement and at the end of the day that gives us good results.’’

After this match, the Sunbirds suffered their second successive defeat against the Western Cape Tornados. The match ended 47-41 in favour of the Tornados who led from start to finish. Yesterday, Sunbirds captain, Faith Motau added to the team’s injury woes after being forced off the field against the Baobabs and did not play today as she is still being assessed. Two other key players, Palesa Mbukwana and Linmari Potgieter were rested and Sanele Buthelezi went home last week Sunday due to an injury.

In Division A, it seems no team can stop the Gauteng Jaguars’ unbeaten run in the Telkom Netball League as they marched to a 36-31 victory over the Free State Crinums.

The defending champions will take on the Fireballs, who they beat in round one, on Friday morning at 11.

Jaguars coach, Jenny Van Dyk says she will be strategic in her next three round robin matches, ‘’You need to pick your battles at this stage, you need to know when to start strong and when you can afford to rest legs because in the first two quarters, the momentum is just so hectic and the intensity is so high.’’

Meanwhile, this was the Crinums’ fourth defeat in the competition however Coach, Burta de Kock is not too worried about her opponents, ‘’We need to stick to our own strengths and play according to that. Do not focus on them, adapt, and just finish off.”

The North West Flames ended the Southern Stings’ party in the last two minutes of the game to claim a 44-42 win. The Flames only won one game in round one but managed to find their spark in the second round, recording two back to back victories.

The Stings looked like they had this in the bag leading the first three quarters but it was a whole new different ball game in the final three minutes of the game when the Flames equalized and the score was 41 all.

Stings coach, Annelie Lucas was disappointed with her team’s finishing, ‘’The ladies just need to keep composure, we had this game in our hands and they didn’t win this game, we lost it because we were ahead the whole game and they came back from behind.’’

On the other hand, Flames coach, DR Elsje Jordaan is satisfied with what she is seeing on court, ‘’Overall, we are getting there. Our percentages are improving slowly but we are growing. We said the third quarter is important for us and we managed to crawl back into the game and that is where we won it.’’

Another scintillating match saw the Kingdom Queens clinch a last minute 43-42 victory against the Eastern Cape Aloes. The match started off with the Aloes leading the first and second quarter, but the scoreboard changed as the Queens were leading 31-30 in the third quarter. It was game on when the Aloes equalized 31 all in the last three minutes but Queens goal shooter, Sinethemba Mkhize ensured her team claims a vital two points which earned her the player of the match accolade with a goal percentage of 90.

Day eight concluded with the Golden Fireballs beating the Kingdom Stars 38-30. The Fireballs were bruised coming into this game after yesterday’s defeat against the North West Flames and needed to restore their confidence.

The Stars’ fighting spirit did not do any justice as the team continued with their winless streak after seven matches. This victory see’s the Fireballs closing the gap on log leaders- the Gauteng Jaguars by just three points in second place.

Fireballs coach, Dumisani Chauke says the team had a totally different mindset for this game, ‘’We dealt with what happened, we talked about it, we prayed about it, we cried it out and we let it go because we knew that today is a brand new day and a brand new game. We just need to win two more games and we are in the semi-finals.’’