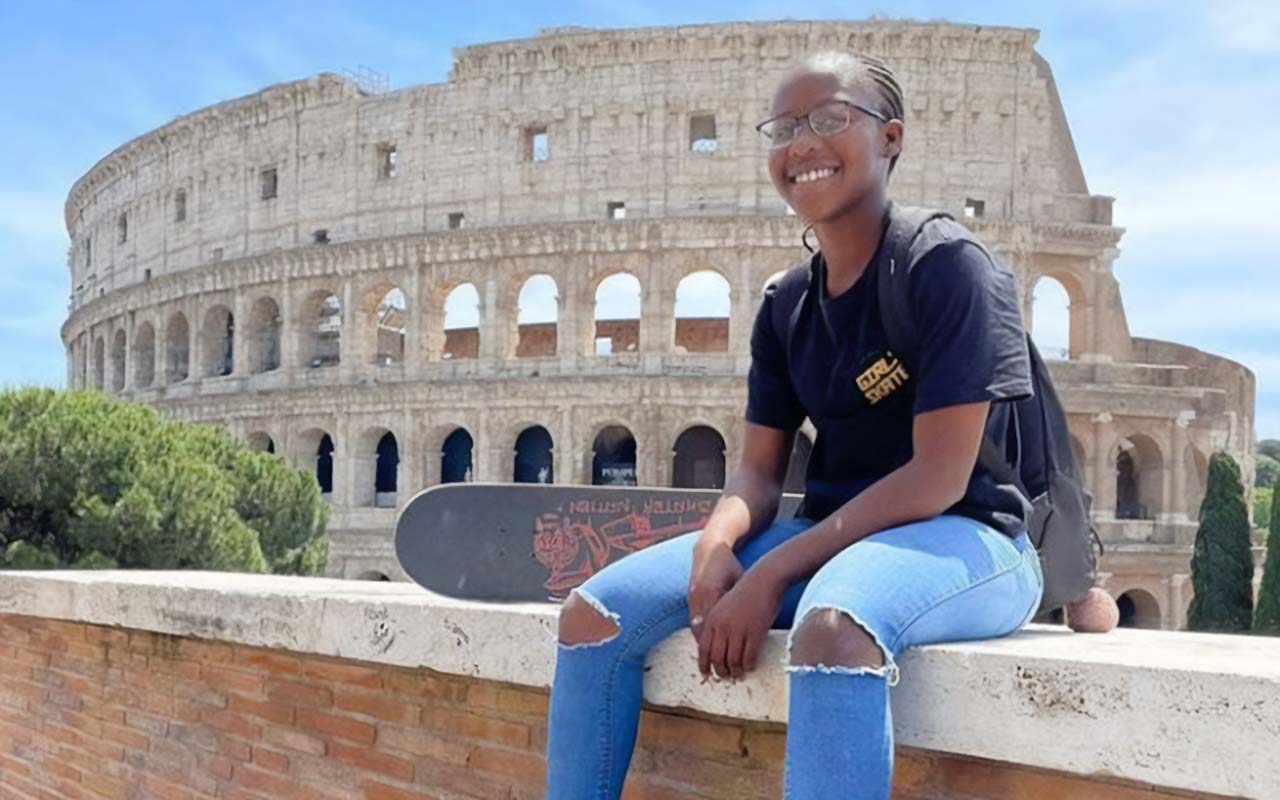 Skateboard sensation, Boipelo Awuah, believes being selected to represent South Africa at the Olympic Games was an amazing achievement, however she has had to withdraw after fracturing her pelvis while practicing for the women’s street competition.

“To say that I was just selected to represent South Africa at the Olympics was just amazing. It’s sad that I didn’t actually get to compete, but just being here and seeing all the facilities and soaking up the atmosphere has been something else,” Awuah told teamsa.co.za

Awuah, who was the youngest member of Team SA reveals that her injury is a painful one: “There’s not much they can do for now and as long as it doesn’t snap, I’ll be okay, but I have to sleep on my back and spend time lying down. Standing up and walking hurts.”

The 15-year-old never thought about the extent of her injury only when she was ordered to rest for at least six weeks.

“It was just a normal fall during practice. I got back on the board and it was sore but not too sore. It was only afterwards that it got worse and the doctor had a look at it. It’s sore now, though,” she concluded.

Photo 1 Caption: Skateboarder, Boipelo Awuah, prepares to head back home to South Africa after a pelvis injury during practice at the Olympic Games in Tokyo. Photo: Boipelo Awuah (Instagram)