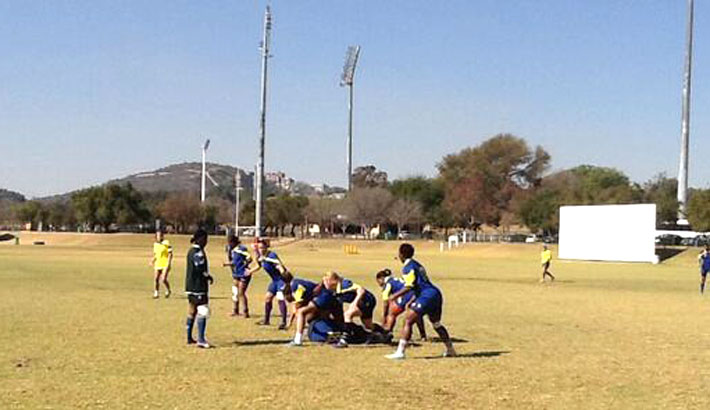 Springbok Women’s captain Mandisa Williams on Tuesday said they were ready to measure the quality of their game against international opposition on their Women’s Rugby World Cup warm-up tour to England and France.

The team will depart for London on Wednesday where they will play two matches against the Nomads on 28 June and 1 July respectively, which will be followed a Test against France in Marcoussis, outside of Paris, on 4 July.

The team gathered in Pretoria last week Wednesday for a training camp, and after a week of high-tempo field and gym sessions, Williams said they were keen to implement what they had learned at training against quality opposition and they are excited to face top class opponents.

“We have worked very hard at the training camp in the last few days,” said Williams. “We have been tested mentally and physically, as we had a few training sessions a day, so the players have a good idea of what is expected of them on tour, and they are ready to measure themselves against quality opposition.”

Williams said apart from exposing the players to a high level of competition, which is vital in the lead-up to the World Cup, this tour would also provide clarity on the areas of their game that require extra attention before the international spectacle.

The Women’s Rugby World Cup will be hosted in France from August 1 to 17. The Springbok Women have been drawn in a challenging pool with Australia, hosts France, and Wales.

Williams, who will feature in her third successive Women’s World Cup in August, expected a tough onslaught on tour and said it was important for her charges to approach these matches with the same attitude as that expected at the World Cup.

“The Nomads always field a quality team, and this year we are expecting a few World Cup fringe players to be included in the squad, which means they will be determined to prove their worth,” Williams added.

“The clash against France will be even tougher because that is an official Test match, and it will serve as a dress rehearsal for our World Cup pool game, so it will be important for us to perform well.

“As a team we hope to take several lessons from this tour to ensure that we are as well prepared as possible when we depart for the World Cup,” said Williams.

Photo caption: “We have worked very hard at the training camp in the last few days,” said SA Springbok Women XV skipper Mandisa Williams. “We have been tested mentally and physically, and we are ready to measure ouselves against quality opposition.” Photo: Supplied