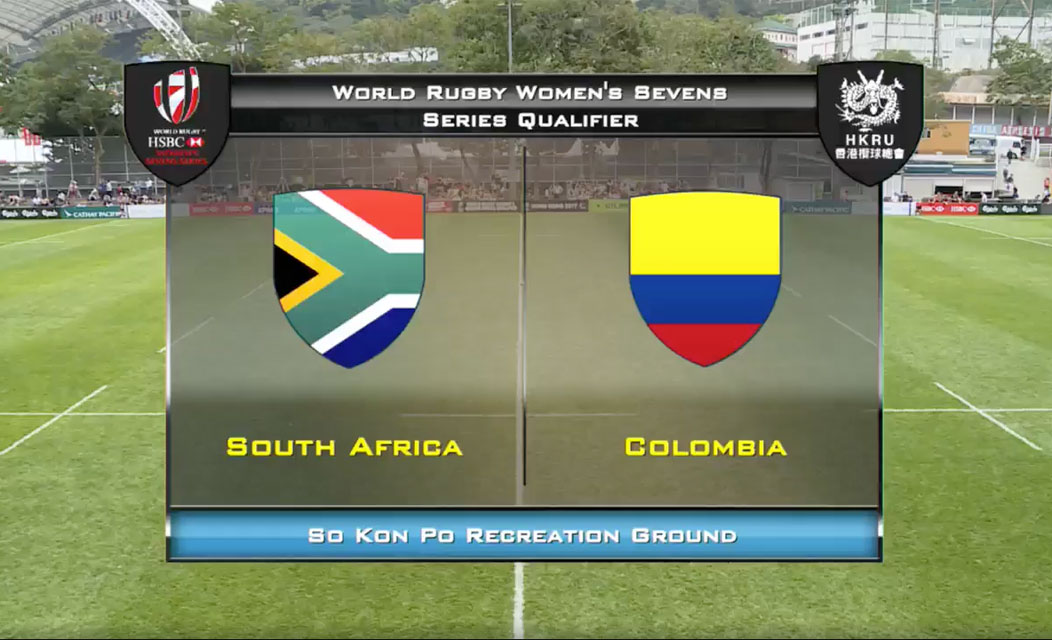 The Springbok Women’s Sevens topped Pool C in the World Rugby Women’s Sevens Series Qualifier in Hong Kong on Thursday to book a quarter-final against Papua New Guinea on Friday.

Renfred Dazel’s team started the tournament, hosted at So Kon Po Recreation Ground, on a disappointing note as they went down 15-5 against Italy in their opening match, but they bounced back strongly to defeat Papua New Guinea 24-7 and Colombia 33-0.

These rewarding victories, combined with Papua New Guinea’s 12-5 victory against Italy, allowed the South Africans to top their pool as they look to play their way back onto the Women’s World Series.

Dazel’s charges battled to make their presence felt against Italy as they tried to spread the ball wide throughout the match against the effective defence, but were unable to force their way over the advantage line.

The opposition, meanwhile, made the most of their attacking opportunities and scored two first-half tries and another after the break to take a 15-0 lead. A late try by Marithy Pienaar, however, saw the side settle for a 15-5 defeat.

The team changed their approach against Papua New Guinea and opted to run more directly on attack, which paid off as Zenay Jordaan, Veroeshka Grain, Mathrin Simmers and Nadine Roos all crossed the tryline, while the opposition’s only points were scored compliments of an early try.

They built on this form in their final pool match against Colombia, which saw Jordaan score the first try of the game two minutes in, while Grain scored back-to-back tries, before Simmers and Phumeza Gadu crossed the chalk for an impressive tally of five tries. Grain’s tries also secured her hat-trick for the day.

South Africa will face Papua New Guinea In their quarter-final showdown at the So Kon Po Recreation Ground on Friday. The semi-finals and final will take place at the Hong Kong Stadium

Photo 2 caption: Phumeza Gadu dots down for the fifth and final try of the Women Boks Sevens’ day, with the prospects of a series win and a qualification for World Rugby’s Women’s World Sevens Series on the cards. Image: Screengrab of the World Rugby Live Stream

Photo 3 caption: The team started with a surprising 5-15 loss to Italy,  but turned their form around with a compelling 24-7 win over Papua New Guinea before ending off in style against Colombia. Image: Screengrab of the World Rugby Live Stream

Photo 4 caption: Nothing short of winning the tournament will secure the World Series berth that the Boks are aiming for, and their finish on Day 1 put them in the best position to pursue that goal on Friday. Image: Screengrab of the World Rugby Live Stream

Photo 5 caption: Finishing top of Pool C set up the Boks for their opening Day 2 match against Papua New Guinea – who SA convincingly beat on Day 1 – where success will see them to a semi-final against the winner between Belgium and the Netherlands, before a possible final against China to determine whether the African squad is ready for the big time. Image: Screengrab of the World Rugby Live Stream

← For the First Time... Running Club Promotes a Healthier Lifestyle →