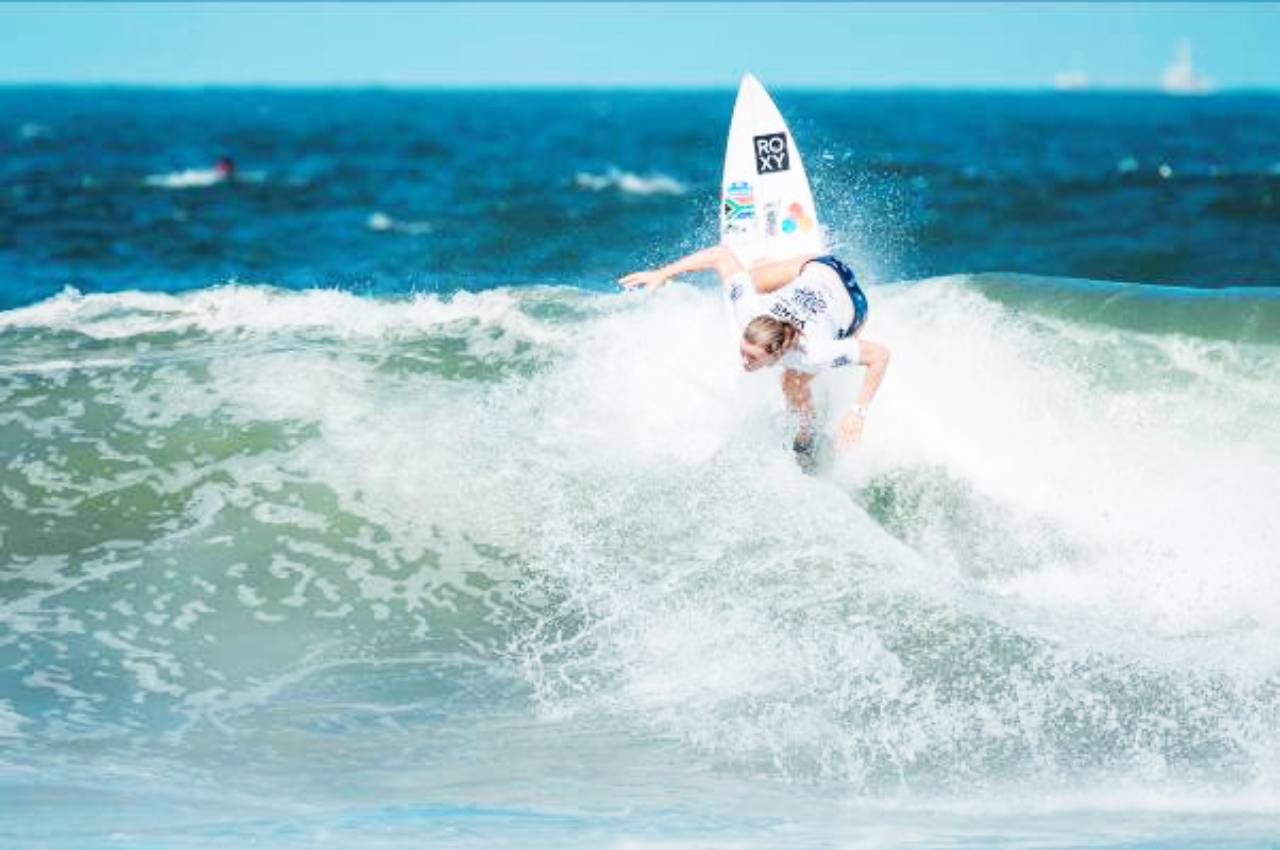 The 25-year-old former Championship Tour (CT) surfer from Victoria Bay in the Southern Cape advanced through two hard-fought heats in overhead waves on Monday to reach the Main Event Final where she is just one heat victory away from a third consecutive medal at the annual global showpiece.

As the highest placed women surfer from the African Continent, Buitendag has also secured provisional qualification for the Tokyo 2020 Olympic Games, where surfing will make its debut on the Olympic stage in July next year.

In her first heat of the day Buitendag just squeaked through to the next round in second place behind 2005 World Champion Sofia Mulanovich (Peru). But in her next heat where she was up against three current CT campaigners in seven-time World Champion Stephanie Gilmore (Australia), event standout Caroline Marks (USA) and Day Two highest points scorer Tatiana Weston-Webb (Brazil), the South African produced a stellar display, clinching the heat win with a total of 13.33 points out of 20 and advancing to the last four in the Main Event stream along with heat runner-up Weston-Webb.

A top-two finish in the Main Event Final on Tuesday will guarantee Buitendag a Gold, Silver, Bronze or Copper medal to go with the Copper and Bronze she earned in the corresponding events in France in 2017 and in Japan last year.

Even placing third or fourth will give her another chance in the Repercharge Final where a top two finish also will see her advance to the Grand Final and a medal.

Baum Was on a Roll, But Fell Short in Round Six

Sarah Baum was also on a roll in the unruly waves, posting heat-winning totals of 10.87, 12.67 and 12.07 as she progressed through the gruelling Repercharge rounds. However, the Australia-based former Durbanite eventually fell short in Round six and was eliminated in equal 21st position among the103 female competitors, contributing 380 points towards the SA team’s total.

Zoe Steyn, in just her second international event at this level, started the day in Repercharge Round Four and progressed to Round Five. There the East Londoner finished fourth in a stacked heat that included three current CT surfers in three-time World Champ Carissa Moore (USA), defending ISA WSG champ Sally Fitzgibbons (Australia) and Johanne Defay (France). Steyn exits the event in equal 29th place, earning 340 points for the team.

Wednesday will be Finals day for the women at Myazaki and the four Grand Finalists will be presented with their medals at the awards ceremony at the event site.

The 2019 ISA World Surfing Games presented by Vans is streamed live from September 7-15 on www.isasurf.org starting at approximately 1am SA Time daily.

The tentative schedule for the remainder of the competition is as follows:

Photo 1 Caption: Bianca Buitendag on her way to the Main Event Final at the ISA World Surfing Games presented by Vans in Japan on Monday. Photo: ISA/Reed