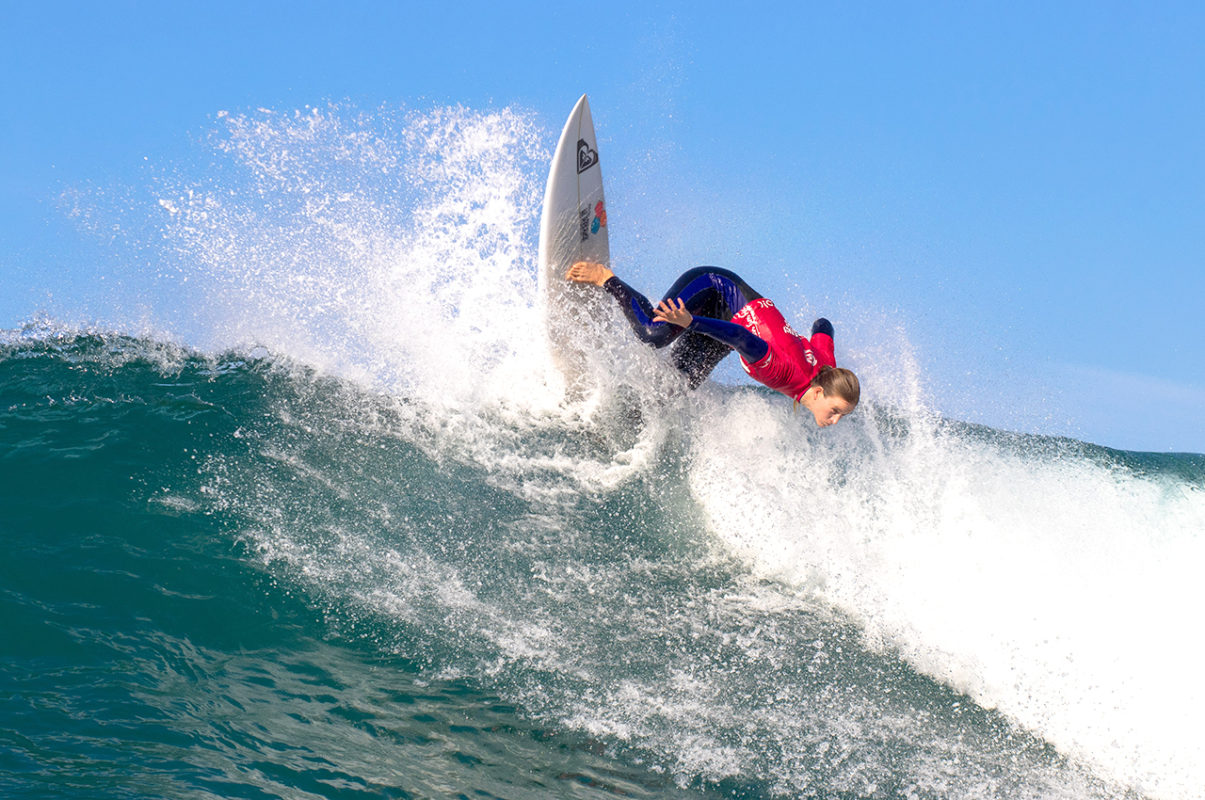 Local knowledge reigned supreme in the Women’s QS 1000 with Buitendag unleashing her powerful backhand attack to win in front of her home crowd.

The weather gods played along for the Final Day, despite the forecast of strong winds and massive swell. It was a beautiful day with fun 3-4ft waves on offer from start to finish, providing the perfect canvas for high performance surfing.

Making the Most of Home Ground Advantage

The former CT surfer picked off the best wave of the heat, going vertical with each carve and finishing with a strong hit to the lip before looking towards the judges who deservedly awarded her with a 9.65. A backup score of 7.25 gave her a total of 16.90 and she claimed victory ahead of international contenders Piper Harrison (AUS), Rachel Presti (GER) and Justine Dupont (FRA).

“In a competitive sport like surfing, we lose so much and it’s easy to get discouraged so I’m really happy to win. Having grown up here and with all the local support, it was a really great event.

“We get waves like this almost every week, so I felt right at home,” said Buitendag, who will spend the next few weeks in Jeffreys Bay before heading to California for the next major QS events in her efforts to re-qualify for the elite Champions Trophy tour.

Buitendag peaked in the final after surfing a conservative Semifinal where she won with two-wave total of 12.75, advancing with Presti as the pair eliminated Philippa Anderson (AUS) and rising teenage star Ceara Knight (Kommetjie).

The Junior Women were on fire and it was a close tussle between Piper Harrison (AUS) and South African goofy-footer Zoë Steyn (East London).

Both surfers ended up with the same total of 13.50, but in the case of a draw, Harrison’s 8-point ride was the highest single wave score and she walked away with the win. Julia Nishimoto (JPN) and Rachel Presti (GER) were in third and fourth places respectively.

The final events on the 2019 WSL Africa Tour will be the O’Neill SMTH Junior Pro 18-and-under in Ballito from 27-29 June, and the Ballito Pro presented by O’Neill Ballito from 1-7 July.

Photo 1 Caption: Bianca Buitendag showing the style that won her the women’s title, at the inaugural Vic Bay Classic in George on the South Coast on Saturday 22 June, 2019. Credit: WSL/Thurtell