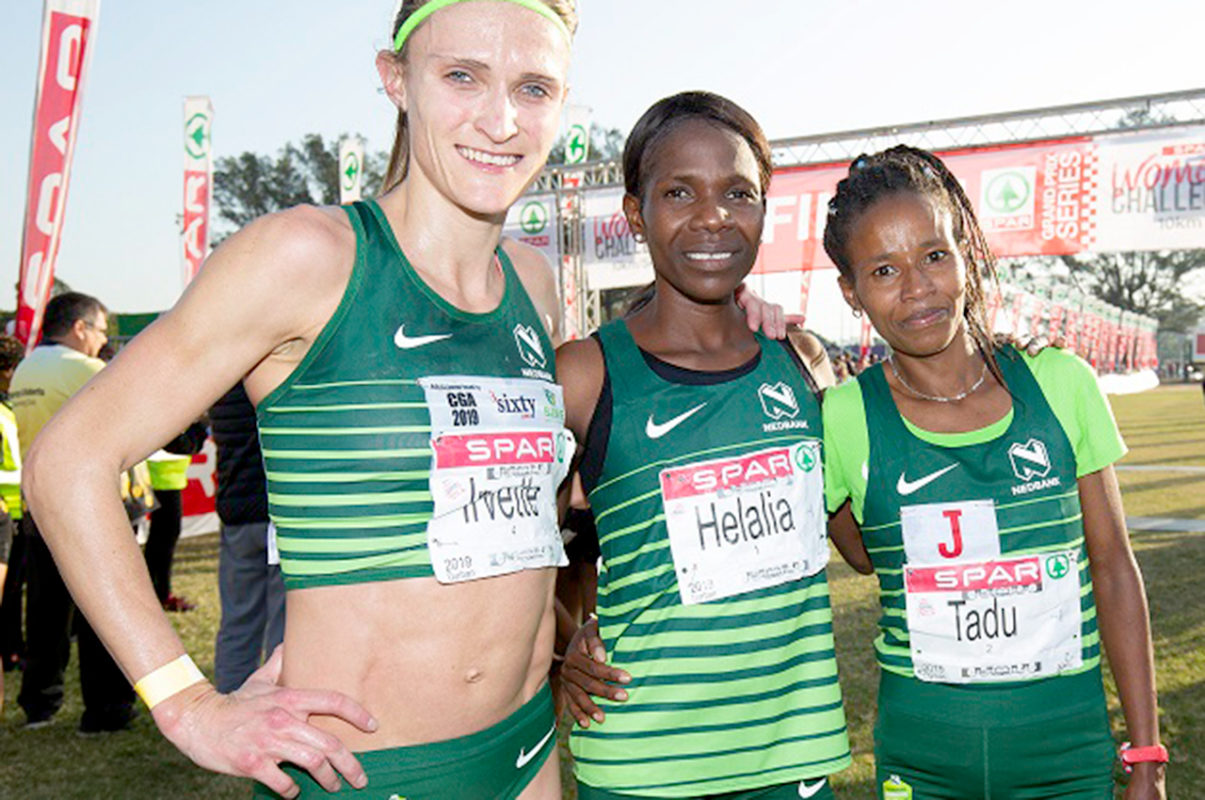 Her achievement set the new fastest time for the distance on South African soil, the third time in a row that Johannes has broken her own Namibian national record, and it was also a course record, beating the time of 31.18 set by Colleen de Reuck in 2000.

Thirty-eight-year-old Johannes received a check for R30 000 to mark the 30th running of the oldest race in the SPAR Women’s Challenge Series, finishing ahead of Ethiopian junior runner Tadu Nare (Nedbank), second in 32.36; and Irvette van Zyl (Nedbank), finishing third as the first South African home in 32.57.

“I am very happy with my time. The conditions were perfect.” – Durban SPAR Women’s 10km Challenge champion, Helalia Johannes

“I have been focussing on shorter distances,” explained Johannes, “But from now on I will be training for the marathon at the World Championships in Doha in September, so I don’t know how I will do in the next SPAR races.”

Last year’s Durban winner Betha Chikanga (Maxed Elite) shot into the lead at the start of the race, but Johannes, Nare and Van Zyl soon caught up with her, passing her at the one kilometre mark.

Johannes and Nare ran side-by-side until the four-kilometre mark, when Johannes streaked ahead, going on alone for the rest of the race, with none of the other athletes in sight.

“What I wanted to do was to improve my time, and I am very happy that I was able to do so.”  – Durban SPAR Women’s 10km Challenge silver medallist, Ethiopia’s Tadu Nare

Nare, who is still a junior, said she went into the race knowing she could not keep up with Johannes.

“We are all going to struggle to get bonus points next year, because of the fast times set this year.” – Durban SPAR Women’s 10km Challenge silver medallist, Irvette van Zyl

Van Zyl, a three times winner of the SPAR Grand Prix, said she had been determined to earn bonus points from the race.

“Having the international athletes competing has been very good for the SPAR Women’s Challenge series, because we are all running faster times,” she said.

A total of 14 751 runners and walkers took part in the 10km Challenge and the 5km Fun Run. The next race in the series will be in Pretoria on August 3.

Click below to read the first two SPAR Women’s Challenge Results on gsport:

Leading Open Results of the SPAR Women’s 10km Challenge run at the Jonsson Kings Park Stadium in Durban on Sunday: