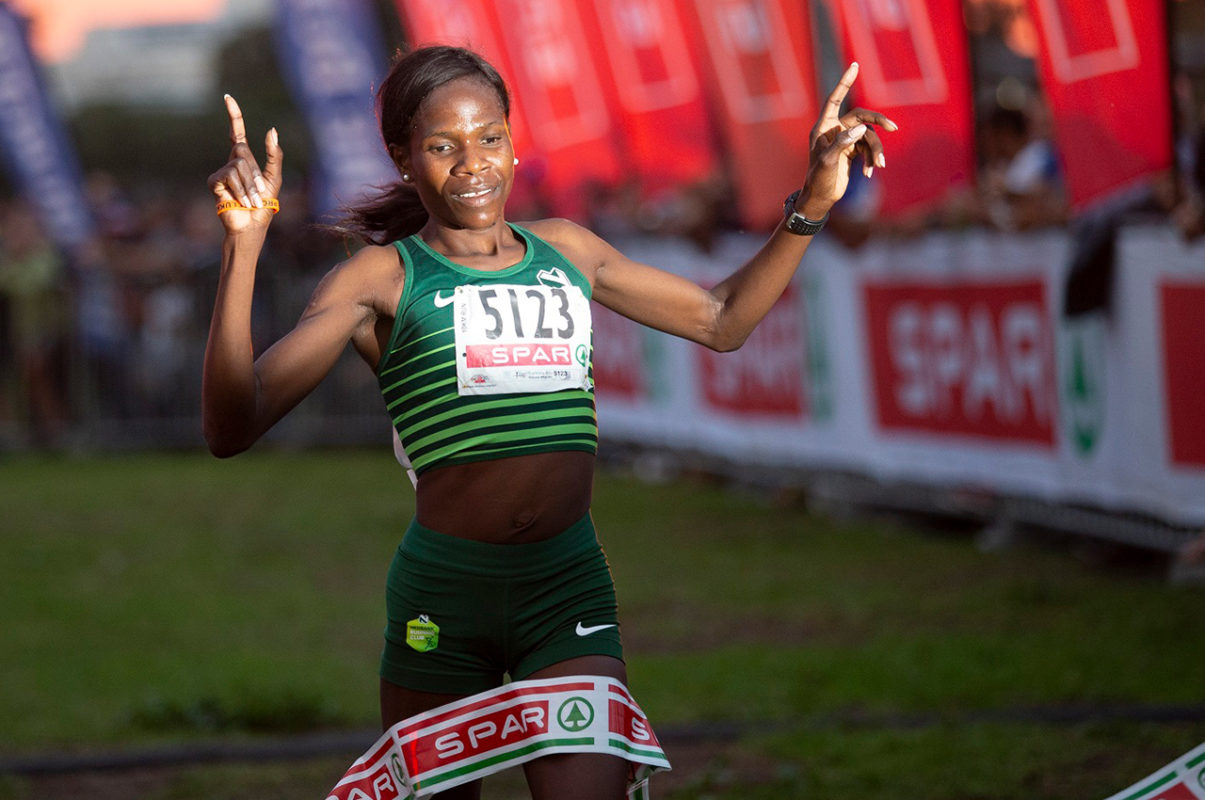 Her time of 31.45 was a race record and also a Namibian national record, beating the record of 31.50 she set up in the Port Elizabeth Challenge earlier this month.

The first ten finishers were all under last year’s winning time of 34.10, set by Kesa Molotsane (Murray&Roberts).  Molotsane was the first South African home, finishing sixth in 33.40.

The race was delayed for about half an hour because of a last-minute route change for safety reasons.

Thirty-eight-year old Johannes, who won the Cape Town race in 2006, in 33.42 minutes,  led from the start, running with a group of about five runners for the first five kilometres before she broke away.

“It was quite a challenging race because a lot of it is not on a tarred road, but the weather was perfect.”  – Cape Town SPAR Women’s 10km Challenge Champ, Namibian Helalia Johannes

“I would like to thank my colleagues who ran with me, because they pushed me to do a good time.”

Johannes said her training was a mixture of long and short distances because she was training for the world marathon championship in Doha, Qatar, in September.

Chegen said she had kept pace with Johannes until the halfway mark, when the Namibian got away from her.

“I had a good run, although this was not my fastest time – I have done a 31.22 minute 10km”  – Silver medalist, Ethiopia’s Sofia Chegen

Naru, who was second in Port Elizabeth, said she had not been able to train as much as she would have liked because of problems applying for a visa to run in South Africa.

Molotsane said she was very happy with her race.

“I came into the race with a quad injury, so I am very pleased with my position,” she said.

“I enjoyed the race.  It was a very fast course and I am very happy to have these international runners competing as it helps us to run faster.  The only problem was that we got quite cold because of the delayed start.”