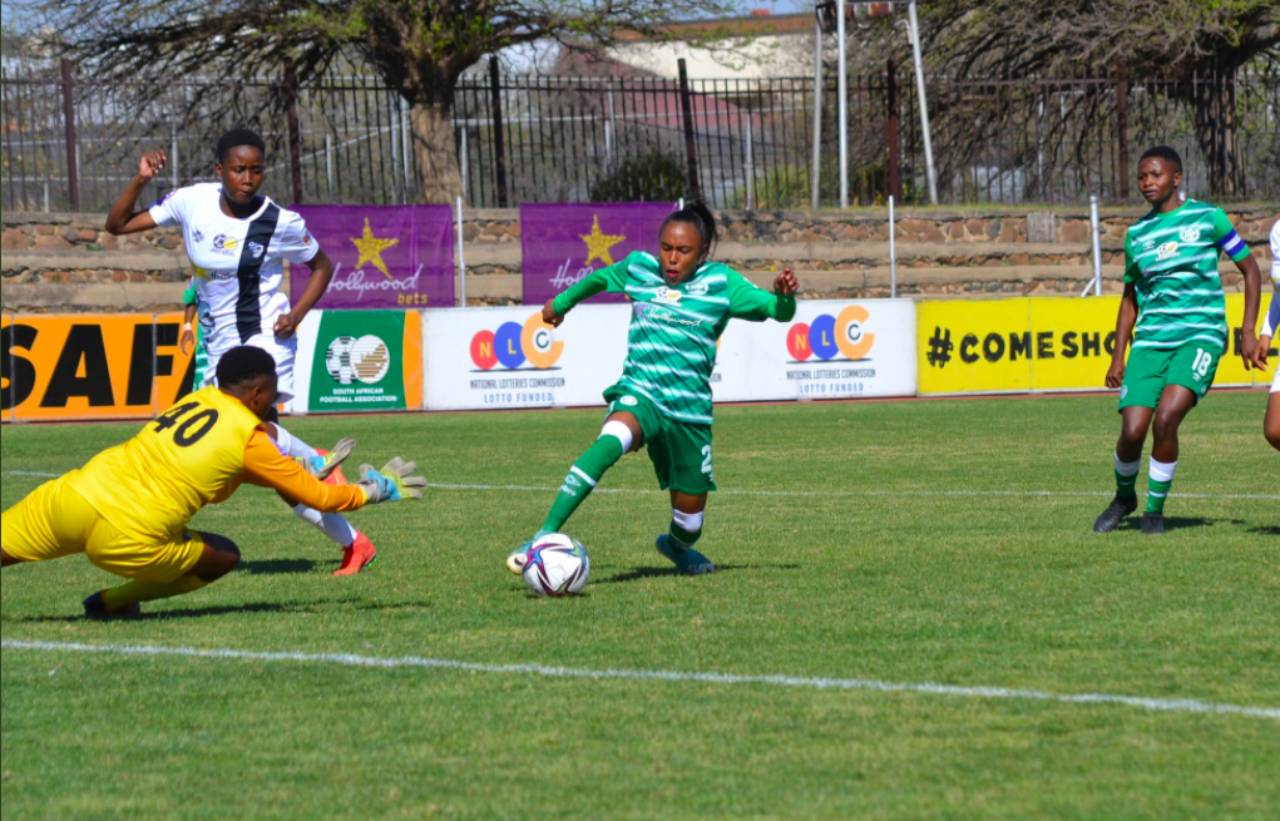 The match was played in Bethlehem on Sunday, 12 September 2021. The 3-1 win was a statement of intent by the Celtic Ladies who have been blowing hot and cold of late in this exciting Hollywoodbets Super League championship.

It was not a good weekend though for the two Limpopo sides, First Touch Academy and Ma-Indies FC who lost their weekend matches having both showed some exciting potential during the Limpopo derby last week.

First Touch Academy were lacklustre as they went down 3-1 to Golden Ladies while Ma-Indies FC lost 3-0 to Coal City Wizards in Witbank.

University of Johannesburg continued their good home run with a slender 1-0 with over Richmond United on Saturday, 11 September 2021.

Only four fixtures took place this past weekend as most were postponed as some teams have players in the Senior Women’s National team which left for Nigeria on Monday, 13 September 2021.

Banyana Banyana will take part in the Aisha Buhari Cup which runs from 15 – 21 September in Lagos, Nigeria.