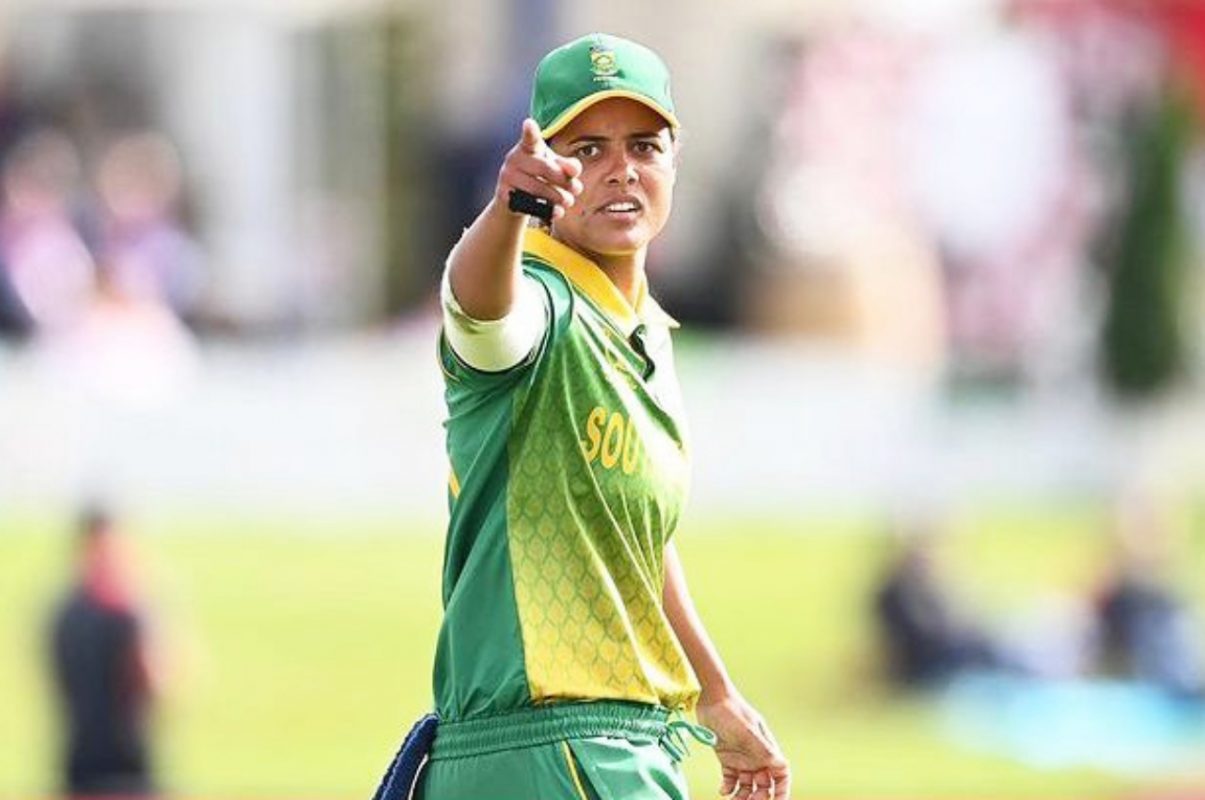 Chloé Tryon: “We Must Make Sure We Play Our Best Cricket”

Vice-captain Chloé Tryon insists the Momentum Proteas must ensure they are on top of their game if they are to level the series ahead of the second T20 International (T20I) against Ireland at the Pembroke Cricket Club in Dublin.

The visitors trail the three-match series 1-0, as the second clash gets underway on Monday, 06 June from 16h30 local time (17h30 SA time) and will be streamed live on the DSTV Now App, Channel 247.

The home side claimed a momentous victory in the first T20I on Friday, with captain, Gaby Lewis’ (52) sixth career fifty galvanizing her side to 143 / 7 with the bat before she impressively guided her team on the field to restrict South Africa to 133 / 7 to secure a 10-run triumph in front of a packed home crowd.

“We are obviously very disappointed at the way we played,” commented Tryon, when assessing the opening match.

“We kind of went through the motions with our bowling but I was happy with the way we came back in the last seven overs in the game. We kind of let it drag a bit too much, we didn’t adapt to the conditions as quick as possible, and they played really well and rocked up to the game.

“For us, it’s about pitching up. It’s making sure we play our best cricket as we were definitely under par, so we need to make sure when we going out to bowl, we go out with intent, bowling to our fields. When we batting, we must have really good intent, look to rotate strike, looking for boundary options and that we are getting those partnerships in the middle.

“That’s definitely something we would like to work on going into the next game,” Tryon said.

The victory in the series-opener was Ireland’s only second T20I win over South Africa in 11 attempts, with the first one coming during the previous tour in 2016, where the two opponents drew the shorter format one-all.

Tryon hailed the young Irish side’s performance, while also praising their commitment: “They played their best cricket. We obviously didn’t pitch up, but really happy for them, they came in with good intent and a lot of energy.

“You could see how they had really good plans, they threw their bodies on the field, they were really good in building partnerships, especially with the bat. They gave us a bit of a headache, kept rotating the strike really well and they looked for boundary options.

“We weren’t at our best, they played their best cricket, and I am happy for them because that’s the kind of cricket we want to play. We strive off our performances, so it’s just about making sure that we know we have to step up for the next game,” she continued.

When looking at the positives in South Africa’s opening defeat, bowlers Tumi Sekhukhune and Nadine de Klerk stood out. Sekhukhune recorded her personal best figures of 3 / 32 in T20I cricket, while de Klerk proved to be the most economical bowler, going only for 1 / 17 in her four overs.

“I am very proud of them,” Tryon stated.

“If you look at the way they have been playing, getting these opportunities, it is really important to put up your hand and give the selectors a bit of a headache. They not usually in the starting 11 and you can see they’ve been working really hard back home and the hard work is showing.

“I am really excited to see how they go for the rest of the series, and you can see they are eager to play, they really want to represent their country and I couldn’t be more proud of how they’ve developed,” the vice-captain concluded.

Following Monday’s encounter, the T20I series will conclude with a third and final match on Wednesday, 08 June with the encounter also taking place at Pembroke Cricket Club.

Photo 1 Caption: Vice-captain Chloé Tryon insists the Momentum Proteas must ensure they are on top of their game if they are to level the series ahead of the second T20 International (T20I) against Ireland at the Pembroke Cricket Club in Dublin. Photo: Chloé Tryon (Instagram)