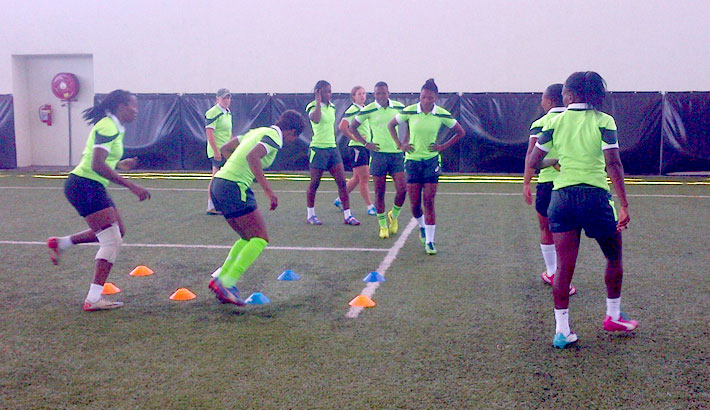 Continuity Key as Bok Sevens Ready Up in Brazil

The Springbok Women’s Sevens team landed in Brazil on Sunday night determined to make their presence felt in the second leg of the World Rugby Women’s Sevens World Series after a disappointing performance in Dubai in December.

The tournament will be hosted in Sao Paulo on 7 and 8 February.

With only five tournaments left in the World Series for the team to play their way into a position in the top four on the log table to qualify automatically for the Rio Olympic Games, captain Zenay Jordaan and her team are determined to make their presence felt.

The team, however, faces a tough task as they will line up against England, Canada and Russia in their pool matches on Saturday. Canada is currently in third place on the log table while England is in fifth position after a solid start to the season in Dubai.

“We have been training hard since the squad assembled early in January and we have paid special attention to the areas of our game that let us down in Dubai. We have raised the intensity of our training sessions significantly to simulate a match-situation at training, while another big focus has been on sticking to our structures under pressure.

“One will never face an easy draw in a competition of this nature, so we know we have to rise to the occasion regardless of which teams we are up against.”

Jordaan admitted that there was pressure on the team going into the tournament especially with only a few tournaments left on the circuit, but she said it served as motivation for the players.

“There will always be pressure on us, but how we cope with it is the most important factor,” said Jordaan. “We know we are capable of performing much better than we did in Dubai, and we are determined to do so in Brazil.

“If we reach the Cup quarterfinals in the remaining tournaments,” said Jordaan, “We could be in contention for a place in the top four. So it is up to us to rise to this challenge.”

Fortunately for the squad they will have the luxury of continuity in selection going into the tournament as coach Renfred Dazel made only two changes to the team that travelled to Dubai, which sees the inclusion of regular captain Jordaan, who returns after recovery from minor surgery to her knee, and back Siviwe Basweni.

Photo 1 caption: The SA Women’s Sevens team have arrived in Sao Paulo ahead of the second stop of the World Rugby Women’s Sevens World Series, looking for a turnaround after their under-par performance in Dubai in December. In this file photo, the squad are pictured during preparations ahead of their departure for Brazil. Photo: Supplied