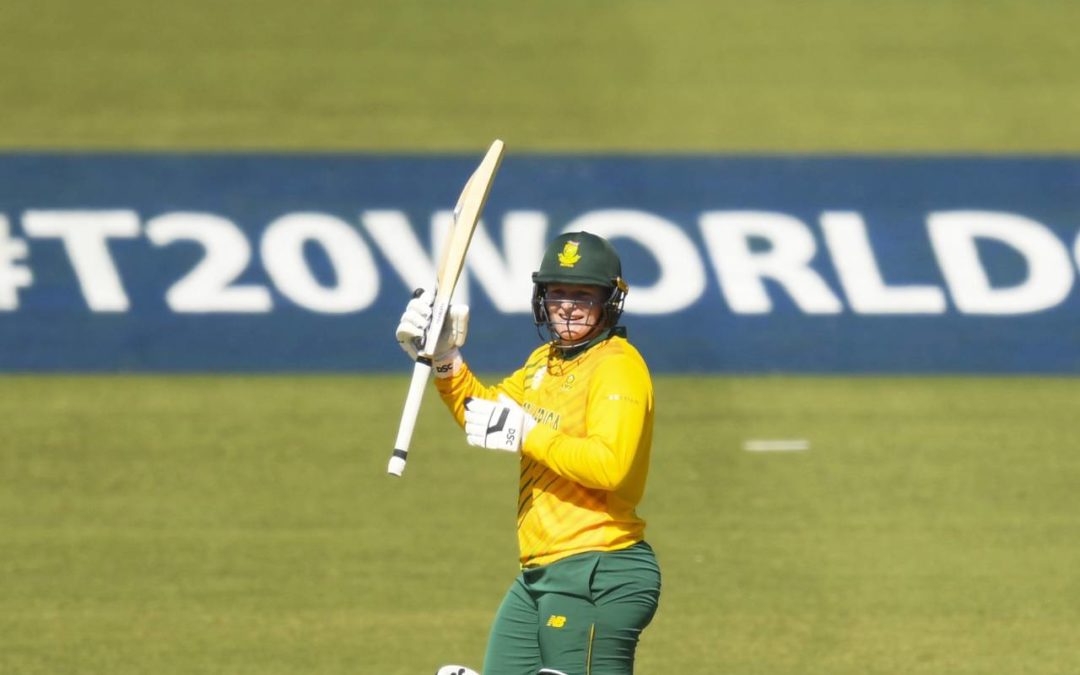 South African cricketer Lizelle Lee should be finalising her wedding plans with fiancé Tanja Cronje. Instead, she finds herself at her parents’ home in the farming town of Ermelo completing a 2000-piece puzzle to keep herself busy during the national lockdown.

With weddings worldwide on hold due to the COVID-19 pandemic, the couple, who have been together for almost four and a half years, were expected to tie the knot on 10 April. That day will now be marked as number 15 of the 21-day lockdown.

As it happens, this is the longest time the Momentum Proteas Women’s opener has spent at home in the last three years. The original schedule would have had Lee finishing the home series against Australia, which consisted of three One-Day Internationals and as many T20Is. A tour which the right-hander was particularly relishing given the confidence within the national side.

“The team is in a great space at the moment,” says Lee.

“We don’t fear any opposition. We want to play the best in the world, and we want to beat them and ultimately show that we are a team to be reckoned with.”

“England are one of the best teams in the world and despite not having scored in that game, I gained a lot of confidence from it.” – Momentum Proteas’ Lizelle Lee recalling a memorable first-time win over England at the recent ICC Women’s T20 World Cup

The women in green and gold certainly proved their potential during the recent ICC Women’s T20 World Cup. A campaign which included a memorable first-time win over England in their opening game before a narrow semi-final defeat to eventual winners and hosts Australia.

”It’s a game like that, that makes you a good team,” insists Lee when recalling the nail-biting win against England. The game went down to the final over with Mignon du Preez striking a six and four to guide the Proteas to the 124-run target with two balls to spare.

“That match setup our World Cup. England are one of the best teams in the world and despite not having scored in that game, I gained a lot of confidence from it.”

That confidence translated into a maiden T20 century against Thailand in the very next group stage fixture. Whilst the rest of her knocks only garnered 14 runs in 2 matches, Lee doesn’t shy away from the fact that her game is more suited to 50-over cricket.

“I’ve had a lot of ups and down, that’s how cricket goes. I’m enjoying the 50-over format. I feel I have more time to get myself in and score more freely.”

“That focus has shifted from just wanting to play to actually knowing we can go on to win a World Cup.” – Lee on the potential of the Momentum Proteas team

This proved telling during the tour of New Zealand in January. Leading from the front, Lee scored 157 runs at an average of 52.3 as the Proteas recorded a historic 3-0 whitewash over the White Ferns and booked their place in next year’s ICC Women’s Cricket World Cup.

“Next year’s World Cup is going to be very interesting. We’re playing better cricket than in 2017, where we reached the semi-finals.”

“We didn’t go there to win the World Cup, we just wanted to do the best we could. That focus has shifted from just wanting to play to actually knowing we can go on to win a World Cup.”

For now, though, Lee, who turns 28 today, is taking comfort in simple acts of baking and puzzle making as COVID-19 continues to shape the sports landscape.

Photo 1 Caption: South African cricketer, Lizelle Lee, has had to put her wedding on hold due to the global COVID-19 pandemic. She has used this time during lockdown to reflect on the Momentum Proteas’ showcase at the recent ICC Women’s T20 World Cup in Australia. Photo: ICC