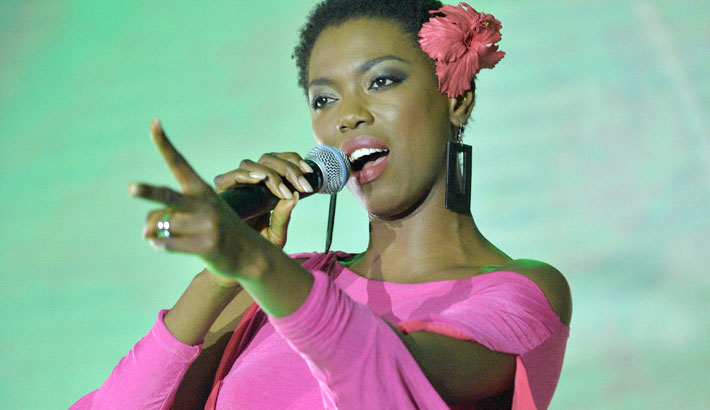 The cream of women’s sport came out in support of each other and to celebrate the winners of the 2015 SPAR gsport Awards at the prestigious Wanderers Club in Illovo on Friday night.

In its first ever Gala Awards event, thanks to the support of Sport and Recreation South Africa, SPAR, Worldwide Sport, Estee Lauder and Big Five Duty Free, gsport pulled out all the stops to ensure that women in sport were treated like queens.

Guests were treated to pampering by Estee Lauder to a star-studded red carpet and a heartwarming and at times emotional cinema-style Awards presentation.

By all accounts, the 10th gsport Awards lived up to expectations, and national television coverage courtesy of SABC and SuperSport was the cherry on top.

The big winners on the night included South Africa’s greatest ever Paralympian, Natalie du Toit, who was inducted into the gsport Hall of Fame, Two Oceans and Comrades Marathon winner, Caroline Wostmann, the fastest female Paralympian over 100m in 2015, Ilse Hayes-Carstens, who won the Athlete with Disability award, and Youth Olympic Gold medallist, Gezelle Magerman, won Junior Athlete of the Year.

R&B sensation, LeAnne Dlamini and internationally acclaimed South African artist, Lira, were the big entertainment of the night, which also featured Lerato Kganyago on the decks.

Photo 1 caption: South African singing power-house Lira wowed the guests attending the 2015 SPAR gsport Awards, at the Wanderers Club in Johannesburg on Friday, 14 August. The City Press writeup on Sunday said: “Lira was the opening act for the night, and had her soulful voice had the women singing along at the top of their voices.” Photo: Rebecca Hearfield / gsport

Photo 2 caption: Minister of Women in the Presidency, Susan Shabangu congratulates Cynthia Tshaka after the SA sports broadcasting pioneer was among the winners at the 2015 SPAR gsport Awards, 20 years after making her debut on SABC Sport, at the Wanderers Club in Johannesburg on Friday, 14 August. Photo: Rebecca Hearfield / gsport

Photo 3 caption: Sports and Recreation SA Minister Fikile Mbalula and his wife Nozuko chat with Miss South Africa, Liesl Laurie, after the announcement of the winners at the 2015 SPAR gsport Awards in Johannesburg on Friday, 14 August. Photo: Rebecca Hearfield / gsport