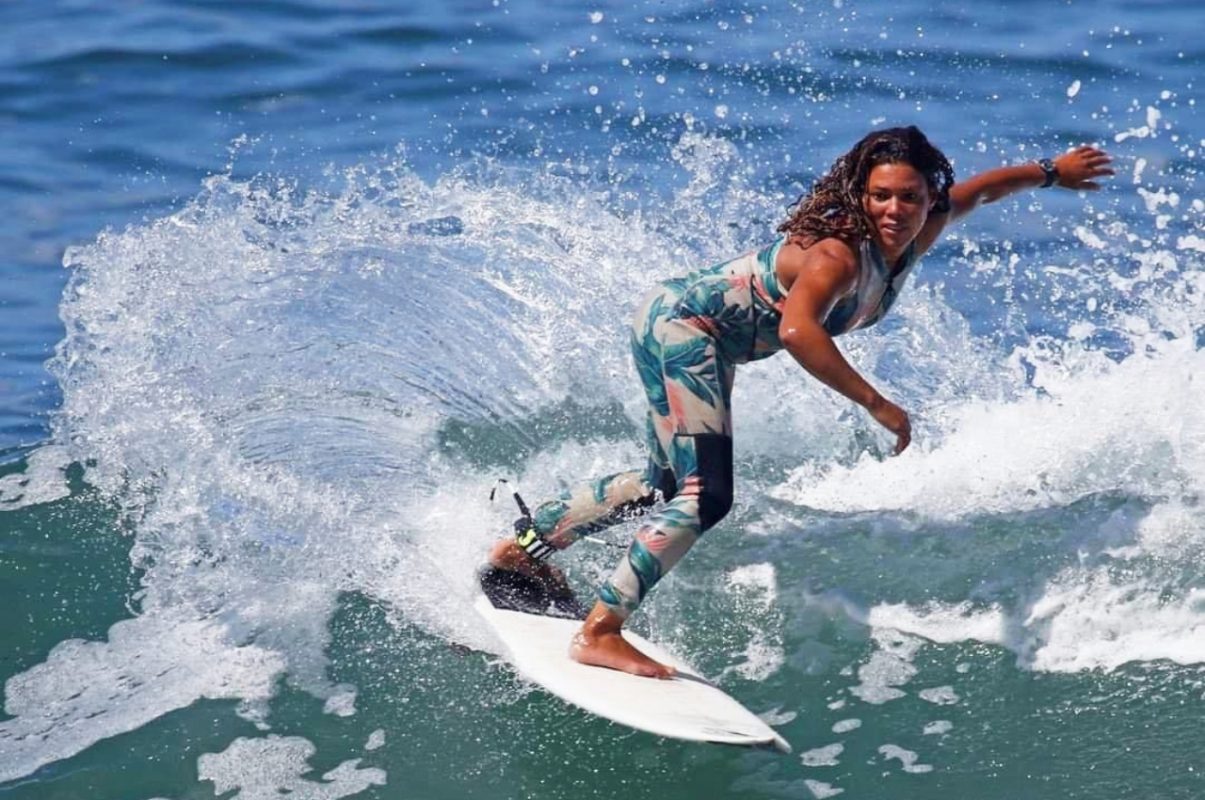 Dedicated Danielle Powis was the toast of the Cape Winelands team as she deservedly won the Open Women’s title at the annual Vic Bay Quad in Victoria Bay, near George on Sunday 29 May 2022.

This is the first major win for Powis, who has been competing since she was eleven years old.

She is the daughter of Barbara and sister to Brionee, Craig and Avro Johnson, one of Cape Town’s most famous surfing families.

All the results of the Vic Bay Quad in memory of John Pfaff are available on Liveheats and can be accessed by going to www.surfingsouthafrica.co.za and clicking the Liveheats tab.

The first Vic Bay Quad was held 46 years ago, ironically at Wilderness Beach, as the surf was too small at Vic Bay for the event to be held there.

In the early 1980’s Boland (now Cape Winelands) sent a team to the event but it retained its name as the Vic Bay Quad, even though five teams take part. In the 1980’s a team from the SA Defence Force also competed.

After a break of nearly a decade, the Vic Bay Quad was added to the Surfing South Africa calendar in 2012 as a memorial to its founder John Pfaff.

At the end of the contest every surfer’s allocated scores determine the team champions. The John Pfaff Trophy is awarded to the winning team.

Photo 1 Caption: Dedicated Danielle Powis was the toast of the Cape Winelands team as she deservedly won the Open Women’s title at the annual Vic Bay Quad in Victoria Bay, near George on Sunday 29 May 2022. Photo: Martin Powis / Surfing SA