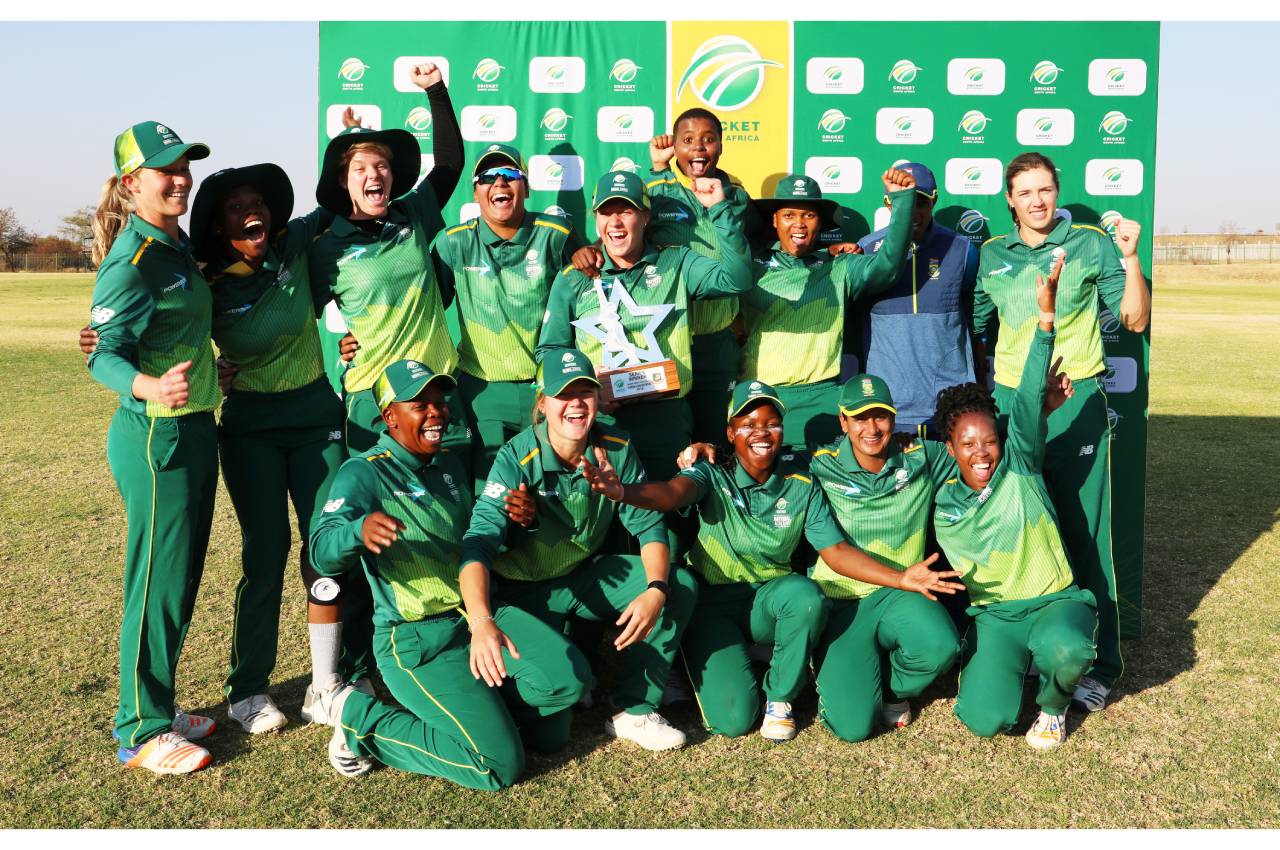 The South Africa Women’s Emerging team secured a T20 series clean sweep over Bangladesh in a thrilling match that was decided by a super over. Captain Nadine de Klerk scored unbeaten runs of 83 and 14, respectively to help her side to their 3-0 series triumph.

The visitors managed to match their hosts’ 147-run total after putting them in to bat first, thanks to an unbeaten 73 off 58 balls by Sanjida Islam. They made 147/5 in their allotted overs, opener Murshida Khatun (26) was the only other batter to score runs beyond 20.

Tumi Sekhukhune (2/19), who came fresh from receiving the Cricket South Africa Women’s International Newcomer of the Year award at the annual CSA awards gala last night Saturday, once again led the attack with alongside Evodia Yekile (2/30).

Earlier in the day, South African skipper Nadine de Klerk, clearly still riding the high of being named the CSA Girls U19 Player of the Tournament for the second consecutive year, led from the front with the bat, dispatching seven fours and three sixes in her 83* from 53 deliveries.

She was well supported by Tazmin Brits (35 off 36) and Robyn Searle, who made 20 from 22 batting at number four rather than her usual position as opener.

With the scores levelled at the end of the Bangladesh innings, the match moved to the super over.

Sekhukhune was South Africa’s bowler of choice as Bangladesh’s Nigar Sultana scored eight from three deliveries with just two more added by Sanjida Islam to get their side to 10 in the end.

De Klerk and Brits were the home side’s chosen batters and the captain was nothing short of sensational. She hit a six and two boundaries, accounting for all 14 of the runs they scored in reply to secure an emphatic and exciting win for her team.

The 19-year-old was also named the deserved Player of the match.

Photo 1 Caption: The South Africa Women’s Emerging team celebrates a series clean sweep over Bangladesh emerging after a nail-biting match that ended in a super over on Sunday, 4 August, 2019. Photo: Muzi Ntombela/BackpagePix