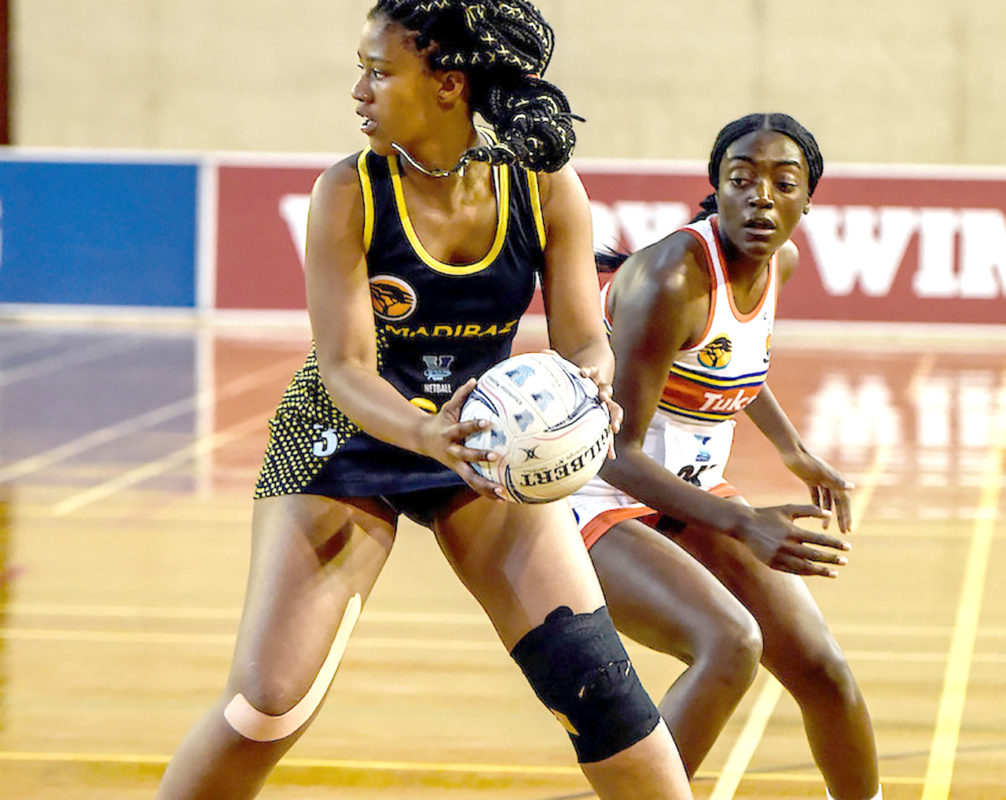 It was determination versus experience as the defending champions UP-Tuks pulled ahead to knock out a determined Madibaz side 55-46 in Monday’s first Varsity Netball semi-final.

The University of Pretoria took on the Nelson Mandela University in what many netball lovers would consider the clash of the day as there was precious little between the sides in the round stages, finishing on the same number of points. UP-Tuks would feel as though they had the upper hand though, as they secured a home semi-final and had beaten the spirited Madibaz in their earlier encounters.

It was a nervy start for the home team as the visitors took early initiative, getting on the board first. They had the expertise of the experienced Ine-Mari Venter who kept her composure against a very determined captain Jeanie Steyn. A number of errors and penalties saw the first quarter end with a very tight 12-9 lead for UP-Tuks.

The second quarter began well for the defending champions as they got up to a five-point lead before a series of clever defensive plays and composure by Jody Vorster and Bianca Blom saw the Madibaz reduce the deficit and come within a point of the champions as with the halftime score being 22 points to Tuks’s 23, proving that

It was as close an encounter as the previews suggested. Both teams added fresh legs as the crowd was treated to exhilarating play by two great teams.

Tuks were the first to call their power play and seemed to have made good use of it scoring 4 points before the Nelson Mandela university answered with 4 points of their own. It was determination versus experience in the final quarter and the experience and grace of Venter shone through at goal attack, with enterprising play between her and season debutant Venetia Grobler, a tall-tall combination for UP-Tuks.

But the side from the Eastern Cape never gave up, making it a nerve-wrecking conclusion of the match for the home crowd.

A decisive power play left hearts in throats as it became goal-to-goal action once again with a crucial intercept by Steyn, which saw the Madibaz narrowly outscore the Tuks team 6 to 8 in the power play.

However, the sun all but set on the Madibaz 2018 campaign as they made a few crucial mistakes as well as Mensah making multiple interceptions. This saw Tuks pull ahead and become the first team to book their spot in the final. Final score 55 Tuks 46 Madibaz.