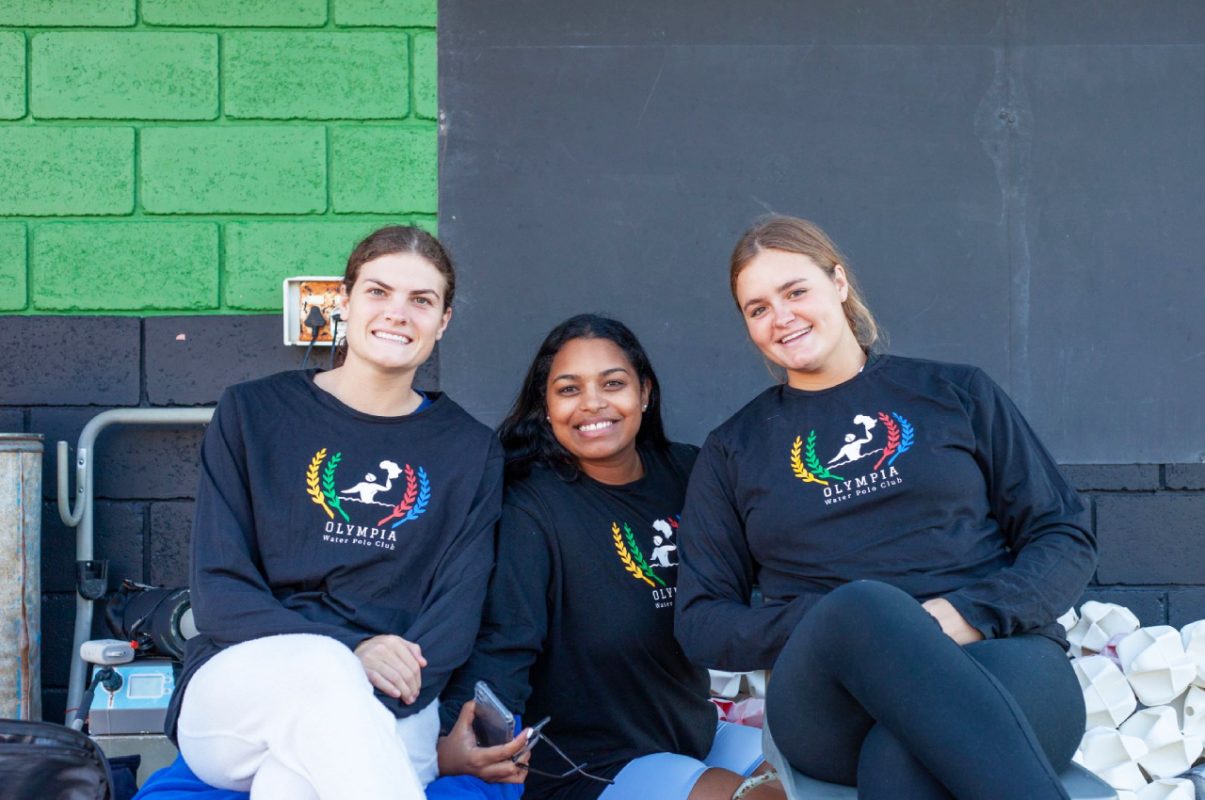 2021 Momentum gsport Awards Coach of the Year, Delaine Mentoor, is giving back to the sport of Water Polo along with fellow Olympians as they launch Olympia – a club to inspire players and coaches to maximise their potential.

The first ever female head coach at the Olympic Games, together with Olympians, Ashleigh Vaughan, Meghan Maartens and Erin Harty, founded the Port Elizabeth-based club to provide a platform where they can share their passion for the sport.

Mentoor says their drive is to propel African Water Polo players forward as well as coaches with their experiences gained as coaches and players from their preparation as part of the Olympic Squad and at the Olympic Games.

Inspired by the values of Olympism, which looks at educating through sport, practiced without any discrimination, understanding, friendship, solidarity, and fair play – Mentoor hopes to inspire a new generation that will grow the sport in South Africa.

Speaking with Celine Abrahams, Mentoor delves into the importance of giving back and shares Olympia’s long-term plans to positively impact Water Polo on the African continent.

Delaine, congratulations on the launch of your Water Polo Club! Please tell us about the club and why you decided to set it up.

Thank you! Olympia Water Polo Club is based in Port Elizabeth in the Eastern Cape and is in association with Pearson High School. The club is founded by me – Delaine Mentoor – the first ever female head coach at the Olympic Games and 2021 Momentum gsport Awards Coach of the Year.

Together with Olympians, Ashleigh Vaughan, Meghan Maartens and Olympic Squad member, Erin Harty, we wanted to create this club with the intention to give females more of an opportunity to coach and share the knowledge and experience they have. Women are often overlooked for coaching roles or not given the recognition they deserve – this inspired our drive to start this club. Yes, we are a female founded club, but we have the abilities, experience, and skills to coach both males and females.

Ashleigh Vaughan, an Olympian and the attacker of the tournament at the EU Nations Championships where we won gold, was overlooked for a coaching position last year coaching younger girls, which would have been incredible for the development of those players because she has played at every level in the country, but instead she was given an administrative role, this just fueled our fire, along with the fact that even when the teams with female coaches excel, the male coaches who perhaps coached certain individuals within the team – not even at a skill or tactical level – get the praise instead.

This blew our minds and instead of letting these factors get these incredibly talented athletes and coaches down, I wanted to give them a platform to share their expertise, passion and develop younger players from the ground up.

Inspired by the values of Olympism, which looks at educating through sport, practiced without any discrimination and in the Olympic spirit – understanding, friendship, solidarity, and fair play.

We want to create a platform where we can share our passion for water polo and create a safe and inviting environment for athletes to maximise their potential.

In our logo, the water polo player is holding the African flag where the ball should be, as if they are about to launch the continent forward, this is a symbol of our drive to propel African water polo players forward as well as coaches with our own experiences we gained as coaches and players in our preparation as part of the Olympic Squad and at the Olympic Games. We have a few Olympians outside our club who will be sharing tips and motivation as we plan to make sure Olympia assists not only Port Elizabeth based players but inspire as many water polo players as possible all around our continent.

What are some of the start-up challenges you have faced with ensuring that the club gets off the ground?

I think the mental process of establishing the club, the self-doubt, confidence, etc… In the sense that I went back and forth with myself; will people be willing to support this initiative? The negativity we will receive. This was a challenge.

Setting up the pricing for the club – Post hard economic impact of Covid, people are price sensitive to most things, so this needed careful consideration and took some time.

Securing facilities for the winter season and the costs associated with that.

And the registration process which will begin again for the new 2022/2023 season, is not easy.

How is the club currently operating in terms of financial backing?

I have funded the start up of the club and currently looking for sponsors who would like to invest in our club as we would like to send a club team to local and international tournaments, as well as bring in international coaches for camps and workshops with our players.

We would also like Olympia’s coaches to head out and assist other startups, schools, and clubs around South Africa and even other countries in Africa. This will all need financial backing, but perhaps there is a company or two out there that will see our passion and will look to support it.

What are you hoping to achieve through your structure?

I want Water Polo in South Africa to grow and that means developing the players first and providing them with the necessary tools to help them do that. I also want to improve the number of juniors or youngsters starting in Water Polo – our club starts with kids from the age of 6.

We don’t need players just playing Water Polo games, this does not help with their actual skills or fundamentals. At Olympia we are deliberate with our coaching and teachings, individual players are assessed and evaluated with a personalized evaluation form that can be accessed by their parents, national or provincial coaches, etc, or even international universities.

Our club photographer and videographer, Ashwin Christian, will be at sessions for photos and video analysis which will all be available to players for them to use as tools to better improve individual skills.

It is pointless having players attend club sessions where all they do is play games but when they get to national selection camps for example, they are out played and skilled by individuals who are fundamentally stronger or, test and perform better than they do. If I can start by developing even only a small group at a time, I know that it will make a great impact for the overall growth of South African Water Polo.

Long-term, I would like this club to inspire other Olympians and female coaches to take the chances no one else is going to give them and run with it, I also hope it will inspire them to give back to the sport we all love so much and do it for that, not the external factors or power struggles but for the sport and most importantly for the players.

Photo 1 Caption: 2021 Momentum gsport Awards Coach of the Year, Delaine Mentoor, is giving back to the sport of Water Polo along with fellow Olympians as they launch Olympia – a club to inspire players and coaches to maximise their potential. Photo: Supplied