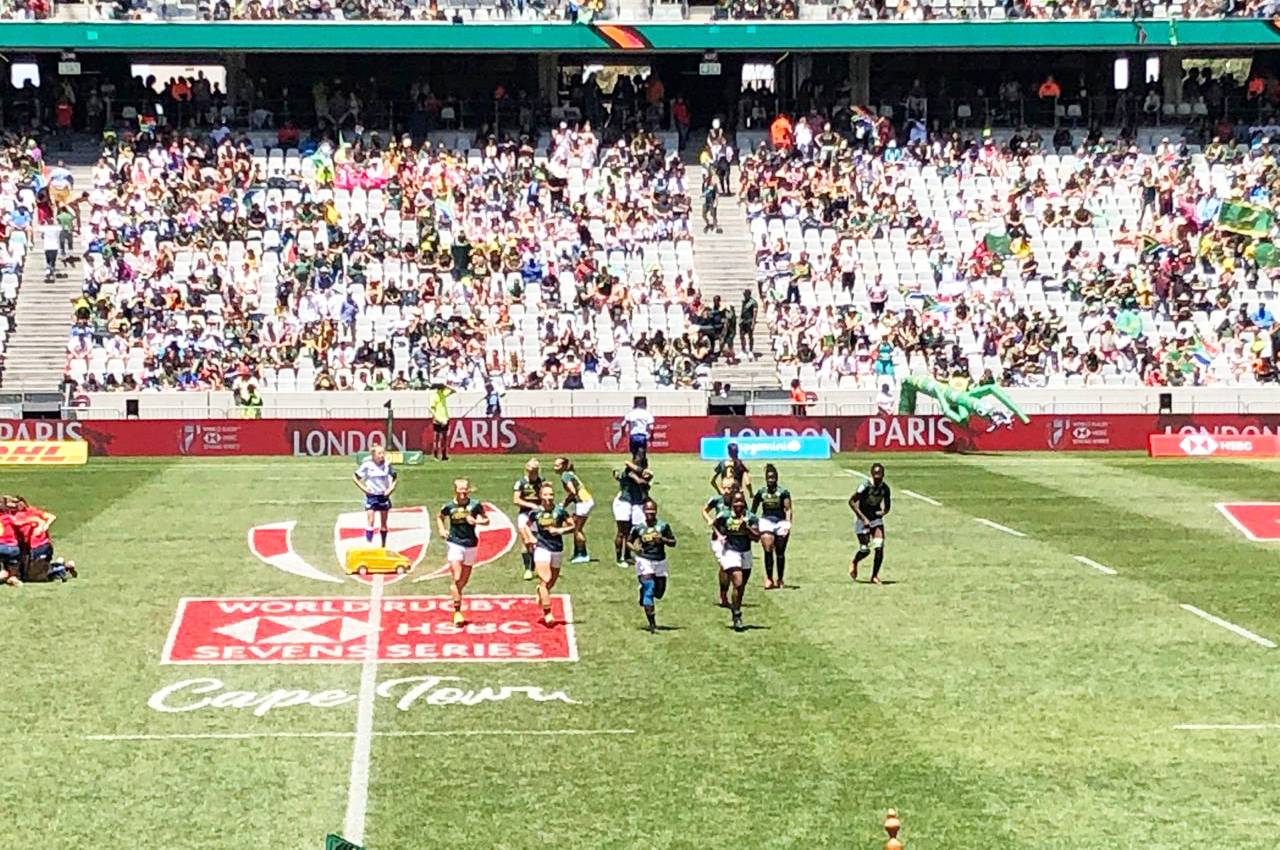 Springbok Women’s Sevens coach Paul Delport applauded the effort from his squad in their debut appearance at the HSBC Cape Town Sevens this weekend, saying the tenth-place finish was what they were aiming for.

The Imbokodo, as the team is known, edged Ireland and Brazil, both core teams in the HSBC World Rugby Sevens Series and had some good chances against Spain but lost 19-7 to the ninth placed team in their final game on Sunday, 15 December 2019.

Delport said the lessons learned are indeed valuable to his squad, who came into the weekend as the invited team, competing against the 11 core teams on the World Series.

“We realised that our intensity was not good enough and therefore our defence suffered, and we made some poor decisions on attack,” said Delport.

“But that was always par for the course as we last played at any level close to this last year at the Rugby World Cup Sevens.”

“The support was wonderful and that will mean so much for the team.” – Springbok Women’s Sevens coach, Paul Delport.

Delport expected a gutsy effort from his squad and got that: “I can tell you; I am very proud of this group of women. They really gave everything they had, and I think the crowd appreciated that.

“The support was wonderful and that will mean so much for the team. We have now lived this experience so have a very good idea on where we stand as a group,” he said.

Delport hopes the exposure and performance by the squad will lead to more opportunities and said they will be ready when they play in the World Series qualifiers next year.

“We have now tasted what the circuit is about, and everyone wants more of this,” she said.

“The home crowd was amazing, and we want to thank everyone who came to support us. The future of this team is now in our hands and we must use this energy we got from playing in Cape Town to improve as a squad.”

Mpupha is confident that they will be able to meet the demands that will come their way in order to become a regular team on the World Series.

“There are very good players in this squad and that is a good start. No one is not prepared to work hard, and we will all be better for the experience we had here,” she said.

Liske Lategan and Meghan Phillips both scored two tries in the tournament.

Nadine Roos dotted down once and converted one try.