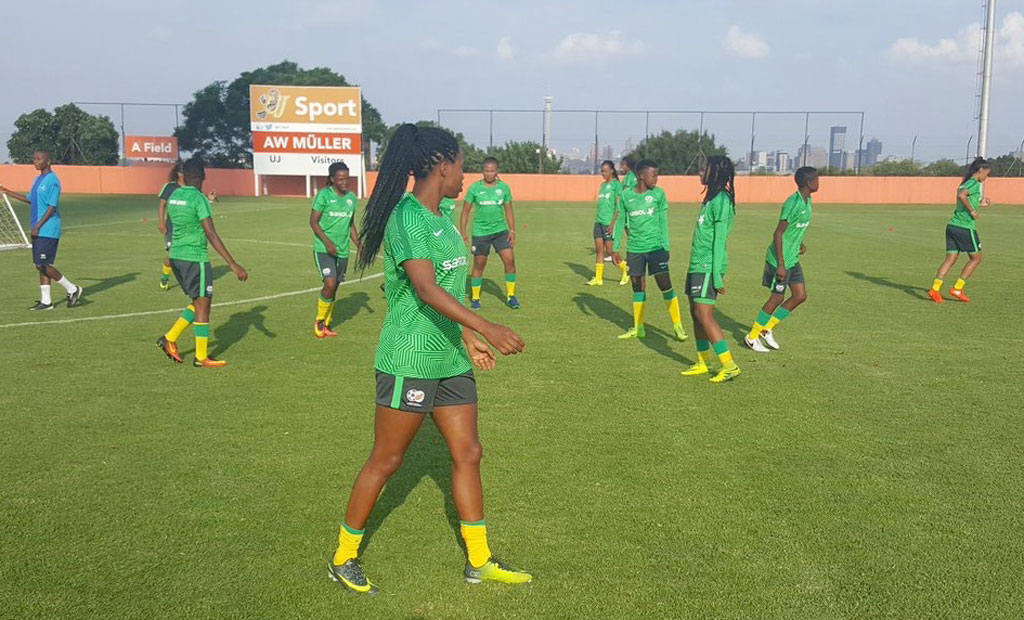 The South African Senior Women’s National Team (Banyana Banyana) is in camp ahead of their international friendly clash against France, which will take place on Sunday, 22 January 2017 in Saint-Denis, Reunion Islands.

They will be without goalkeeper Roxanne Barker and midfielder Nompumelelo Nyandeni who have been withdrawn nursing injuries, and SAFA have announced JVW FC midfielder Amanda Dlamini and goalkeeper Monnye Theledi of Kanatla Ladies as replacements for the international friendly.

Dlamini last played for the national team at the 2016 Rio Olympic Games in August, while the occasion marks the first call up for Theledi.

“We opted for Amanda Dlamini because of her experience after we lost the services of Nyandeni, and when you play the likes of top nations like France, experience counts a lot,” said Banyana Banyana interim head coach Desiree Ellis. “With limited time before the clash we know what Amanda can do so it was a logical choice.

“As for Theledi, she was identified at the 2016 SASOL League National Championship in Mosselbay. We could have called up other goalkeepers who have been in the system before, but we thought we have two quality goalkeepers and the third is unlikely to play, so it was best to bring her (Theledi) in so she can get some experience the Banyana Banyana set up.”

Barker was part of the team that travelled to Cameroon for the CAF Women’s Africa Cup of Nations where she was withdrawn after injuring her toe at training. Nyandeni missed the final of the 2016 Sasol League National Championship for her club JVW FC in December due to a troublesome knee, but had recovered.

“Mpumi picked up an injury a few days ago ((Thursday, 12 January) after training, before we reported for the national team camp – she felt a pain on the knee and came in to have an assessment, but unfortunately it doesn’t look good for her to be part of the squad,” said Ellis.

“Roxanne has recovered from her toe injury but is not yet fit to play in a match, and her club has advised that she not travel for the match against France.”

Banyana Banyana assembled for camp on Friday, 13 January and held their first training session on Saturday, 14 January, and Ellis was happy with what she saw.

“I think it went reasonably well for our first training session, considering we have just come back from a festive break. They were really enjoying themselves and didn’t want to stop – but the aim on the first day was to get the muscles going and just to give them a bit of a run, and they looked good.

“The focus was mainly on the finishing, and it looked very encouraging,” added Ellis.

“We gave all the players a training programme to kickstart their year from the 4th of January 2017 and from what we saw at training they followed it, because they looked sharp. Everybody was motivated, and that is a good sign.”

The French National Team is ranked 3rd in the world and 2nd in EUFA behind Germany, while South Africa is ranked 4th on the continent and 48th in the world.

France and South Africa will be meeting for the second time since 2009 when the Europeans won 3-2.

Photo 1 caption: The SASOL-sponsored Banyana Banyana squad is in camp ahead of their international friendly clash against France, kicking off at 7pm (SA time) on Sunday in Saint-Denis, Reunion Islands. Photo: Courtesy @Banyana_Banyana on Twitter 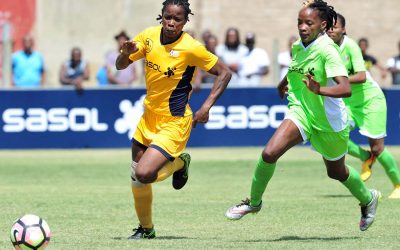 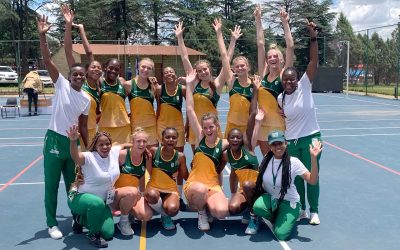