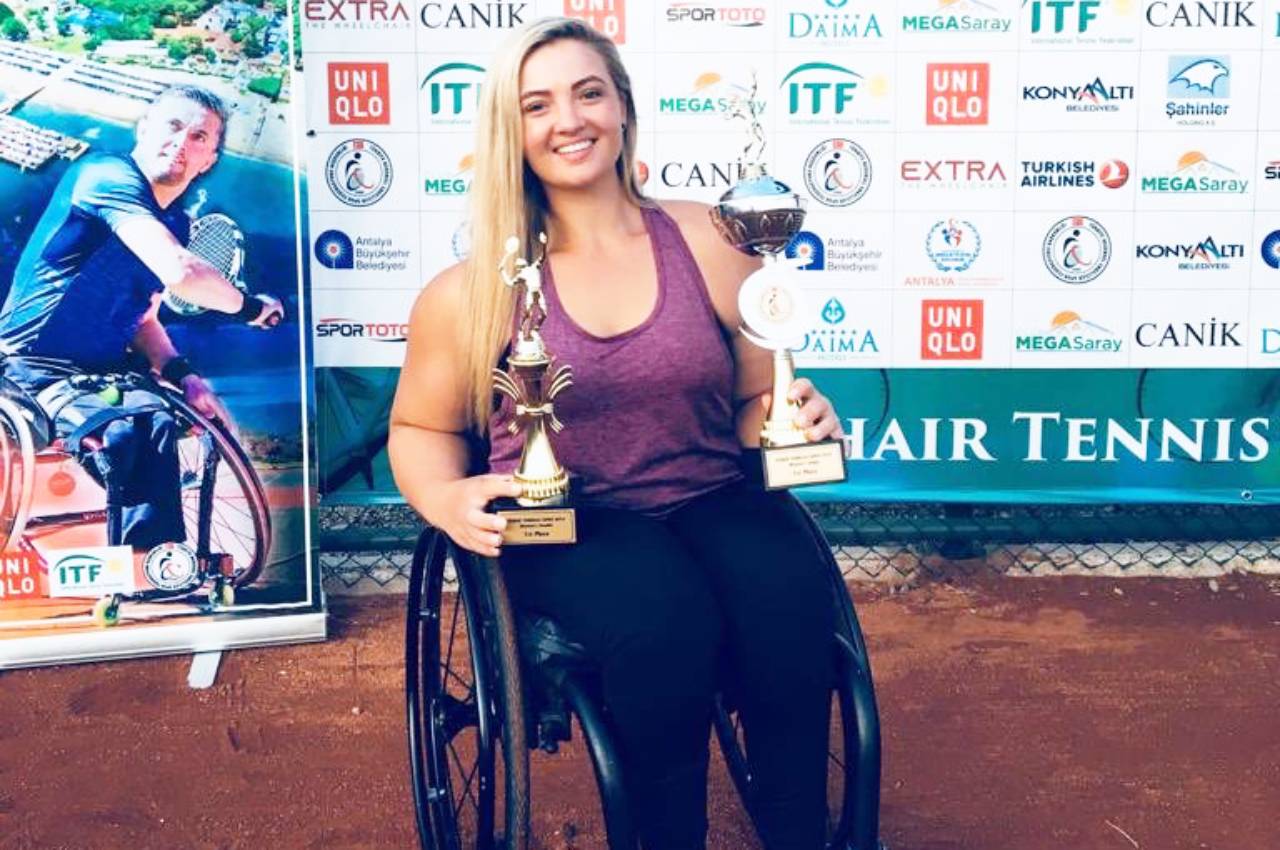 Double Delight for Venter in Turkey

Mariska Venter completed a Kemer Turkuaz Open double as she added the doubles title alongside Ziying Wang to the singles victory she had claimed earlier on in Turkey.

The former world number one junior and Wang edged out French top-seed Emmanuelle Morch and Charlotte Fairbank 6-2 6-2 to lift the doubles crown.

Venter avenged her SA Spring Open defeat to Morch with a fine 7-6(5) 7-6(1) over the Frenchwoman to win the singles title.

Photo 1 Caption: Mariska Venter pictured on court with her singles and doubles title trophies at the Kemer Turkuaz Open in Turkey. Photo: @TennisSA on Twitter