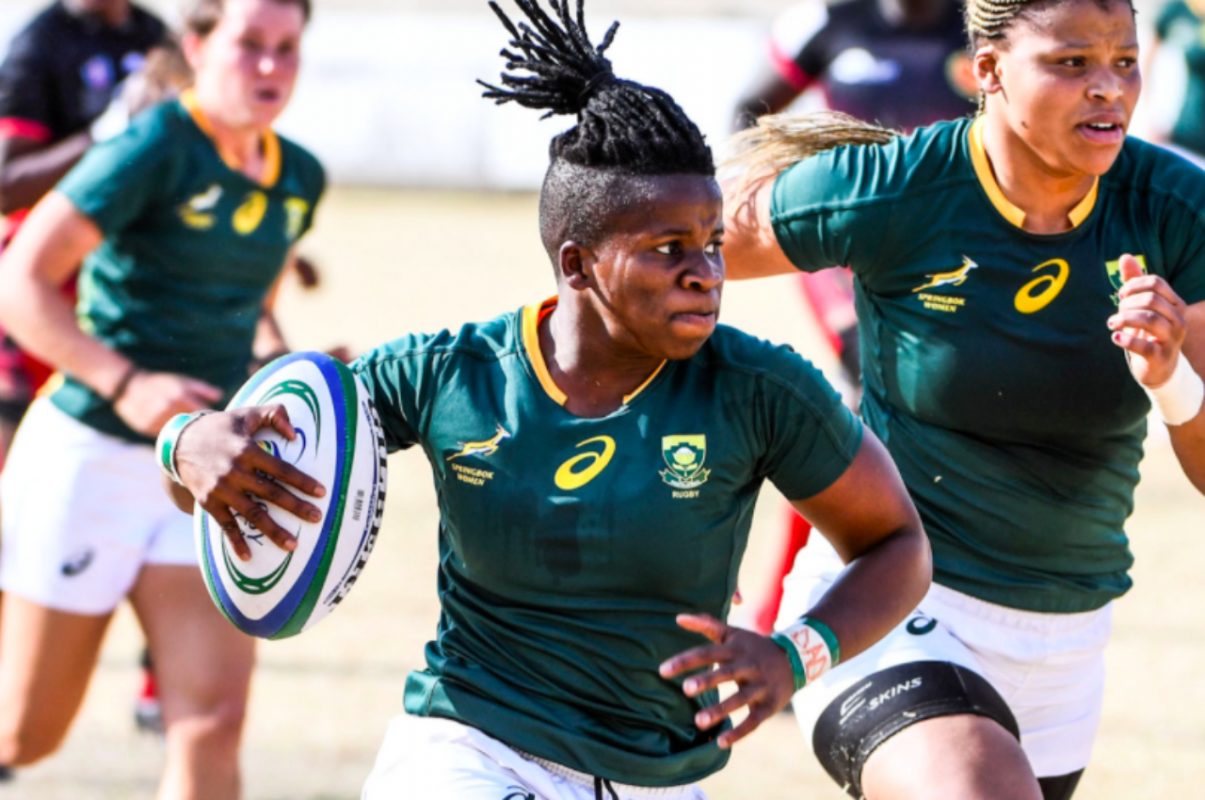 Springbok Women’s coach Stanley Raubenheimer named Lusanda Dumke as captain for the squad to play Kenya in the first of two Test matches in Stellenbosch on Thursday, 12 August 2021.

Dumke takes over the captaincy from the injured Nolusindiso Booi in a squad that will hand starting debuts to DHL Western Province wing Alichia Arries and Blue Bulls Women lock Catha Jacobs – the match will be streamed live on Springboks.rugby.

The Springbok Women defeated Kenya 39-0 in their last Test match in August 2019 and Raubenheimer recalled all of Dumke, Gwala, Eloise Webb, Zintle Mpupha, Zenay Jordaan, Sinazo Mcatshulwa, Ngxingolo and Sizophila Solontsi from that match in Brakpan to start again in the Danie Craven Stadium.

“We only had two days of preparation with the new players in the squad, so we didn’t have a lot of time to integrate them yet,” Raubenheimer explained.

“The preparations went well, we focussed on integrating the new players on how we want to play. We are tweaking certain aspects of our game. We want to change the way we used our first phase possession, and we want to evolve our kicking game a bit more.

“Last time we played Kenya, we had a good first half, but then we struggled in the second half. The aim this time will be a complete 80-minute performance and to implement those changes in our playing structures.

“It will not be easy as Kenya are a tough nut to crack, and we have some new players at this level. We hope to live up to our own expectations for this one,” Raubenheimer added.

Springbok Women (with caps and points):