London, England – The SPAR SA netball team suffered a third defeat at the hands of England here on Saturday night, going down 56-25 at the Wembley Arena to bring the series to a 3-0 close in the home side’s favour.

Going into the final match, the South Africans had been optimistic that they could narrow the massive gap between themselves and the opposition, but England were evidently intent on doing just the opposite.

Having lost by 37 goals in Birmingham and then 35 in Manchester, this time there were 31 goals in it.

The English team made a few uncharacteristic early errors but the SA side failed to capitalise on their turnovers, and also battled to hold onto their own centre passes with wild throws and poor decision making.

The England team soon settled into their game, and once again they were so much quicker than the South Africans. Just as the visitors clawed their way back into contention after falling behind, a flurry of English goals saw them trailing by a considerable margin again.

Louisa Brownfield was superb as goal shooter, producing a hundred per cent record of 12 out of 12, helping the English side to their biggest first quarter lead of the series of 18-6.

SA coach Burta de Kock took shooter Sindi Gumede off for the second quarter, but the combination of Tsakane Mbewe and Annari Store still battled to make an impact in the circle.

Anchen du Plessis was also brought on in place of Karin Venter at wing defence, but similarly this had little effect in thwarting the slick and speedy English attack.

After only managing to score five goals in the quarter, the South Africans reached half time on 31-11.

Gumede was back in action for the third quarter but the usually unflappable shooter was struggling to find her form, England’s impressive goalkeeper Geva Mentor having a lot to do with that.

The home side dominated throughout as the South Africans scored a paltry three goals to England’s 14, and ended the quarter on 45-14.

Captain Venter was brought back on at wing defence to try and inspire the flagging South Africans for the final 15 minutes, and Du Plessis was moved to goal defence in place of Leigh-Ann Zackey.

It was a far better period of play for the South Africans, who managed to get the score ticking over at a slightly more regular rate (they scored more in the final quarter than the first and second combined) to tie the quarter 11-11.

Unfortunately that was of little impact in the overall result of the match in which they were thoroughly outplayed.

"It’s not ideal," said coach De Kock afterwards. "I hate losing, but we just struggled with our attacking drives tonight.

"We started off too slowly and you just can’t afford to miss shots in a game like this. Once again our defenders were outstanding but our attack let us down.

"We need to work on developing specialists in specific positions so that if one player isn’t performing well you can just slot another in," added the coach.

"But we did manage to narrow the margin of defeat slightly which is positive and at least now we know what to work on."

The team will return to South Africa on Monday knowing there is plenty of work ahead of them before the World Championships in New Zealand in November. 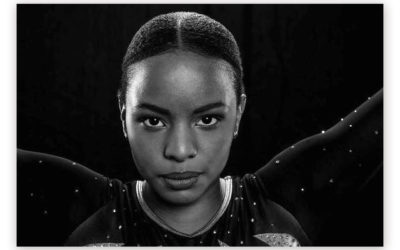