Less than a month remains until the aQuellé Midmar Mile, the world’s largest open water swimming event, which this year celebrates its 40th anniversary, takes place on 9 and 10 February. While seeding events in KwaZulu-Natal have been completed, some opportunities to secure a good starting place remain, with events taking place in Gauteng and the Free State.

On Saturday, the Maselspoort Dam, just outside of Bloemfontein, hosts the Time Freight Kovsie Challenge. This weekend too, Gauteng swimmers have a chance to qualify at the Pastel Ebotse Swim Challenge at the Rynfield Dam on 12 and 13 January.

The final seeding opportunity takes place on 19 and 20 January at the Heia Safari Ranch in Muldersdrift, which will host the Time Freight Lake Heritage Water Festival.

Midmar Mile race organiser Wayne Riddin is expecting a surge in entries as schools start the new year. The seeding events, he said, play an important part in ensuring the smooth and safe running of the iconic event.

“They encourage swimmers to start swimming earlier in the season and build up their fitness, as well as allowing us as organisers to rank everyone when we come to seed them into the five batches per race, which makes it a safer event for all competitors.”

Organising and running seeding events around the country is not an easy exercise, as Riddin explained: “Hosting seeding events is both costly and time-consuming, and as such we are incredibly grateful to Time Freight for throwing their full support behind our seeding events.

“Their contribution will most certainly be a major contributing factor to what is sure to be another successful Midmar Mile.”

Riddin provided further motivation for those who have not yet entered the iconic event when he added: “In order to celebrate the 40th anniversary of the Midmar Mile, we will be providing all finishers with a special edition medal and swim cap.

“Although the event is already recognised as the world’s largest open water swimming event, we are hoping to break our official World Guinness Book of Records mark of 13 755 finishers, so another added incentive for all competitors will be the chance to have a hand in setting a new world record!”

Seven-time women’s champion Keri-Anne Payne, a two-time world champion over 10km, has confirmed her participation in the Midmar Mile, as has the USA’s Ashley Twichell, who pushed Payne all the way to the finish in 2012.

Online and manual entries for the aQuellé Midmar Mile close on 21 January. Late entries will, however, be taken, as is the case with all qualifying events.

A change has been made for the longer distance events of the Midmar Mile, which will now be held on Monday, 11 February.

Click here for more information on the aQuellé Midmar Mile 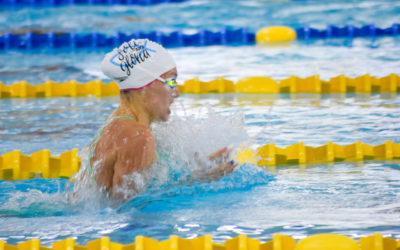