Future Stars Pushed to the Limit at PUMA School of Speed 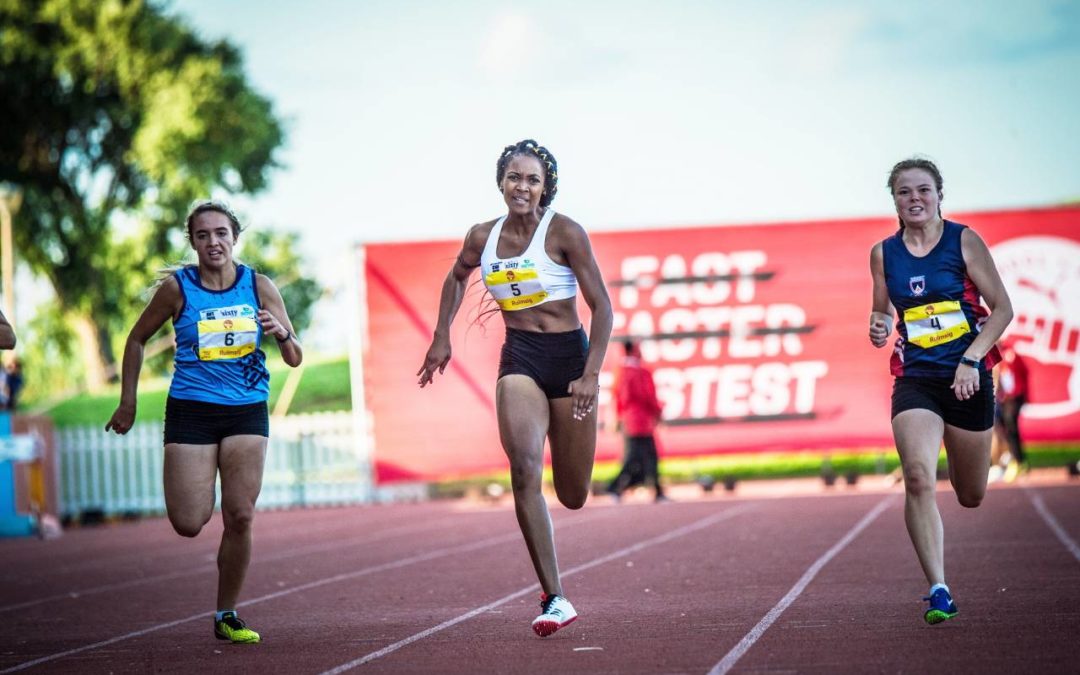 The PUMA School of Speed #2 saw track and field #FutureStars follow in the footsteps of Usain Bolt as they pushed their limits at the Ruimsig Athletics Stadium (Johannesburg) on Saturday, 25 January 2020.

“I entered because I saw the nice prizes that were up for grabs and I wanted competition. I wanted to see where I am at in sport. The PUMA School of Speed is amazing. The athletes have really got their game on.  Coming first means a lot. It means that I have potential to go to SA Champs and win.”

Chinique Brown (Pietersburg High School Polokwane) was on fire in the Girls U19 200m.

“This is the first time that I take part in the PUMA School of Speed. A friend told me about the event, so I decided to come have a look. I came second in the 400m. It feels good to come first in the 200m.”

Amy Naude (Ashton International College / Ballito) secured the top spot on the podium in the Girls U19 400m in a time of 55.93 seconds.

“I love the PUMA School of Speed,” says Naude.

“The atmosphere is just amazing. We don’t often get to experience this.  I’ve participated too many times to count. Coming first in the finals means a lot to me. It takes a lot of work. Balance is important. Balance your social life, schoolwork and athletics. And you need to listen to your coach.”

“The PUMA School of Speed #2 was fast-paced, and action packed from start to finish,” says PUMA Marketing Director Brett Bellinger.

“Each and every athlete should be proud of what they accomplished here today. You proved that your future is #ForeverFaster. We are excited to take this action to the PUK McArthur Athletics Stadium (Potchefstroom) on Monday, 27 January 2020, where we’ll host the PUMA School of Speed #3.”

Photo 1 Caption: Nikiwe Mongwe in action during the Girls U19 100m on Saturday, 25 January 2020, at the at the Ruimsig Athletics Stadium in Johannesburg. Photo: Tobias Ginsberg