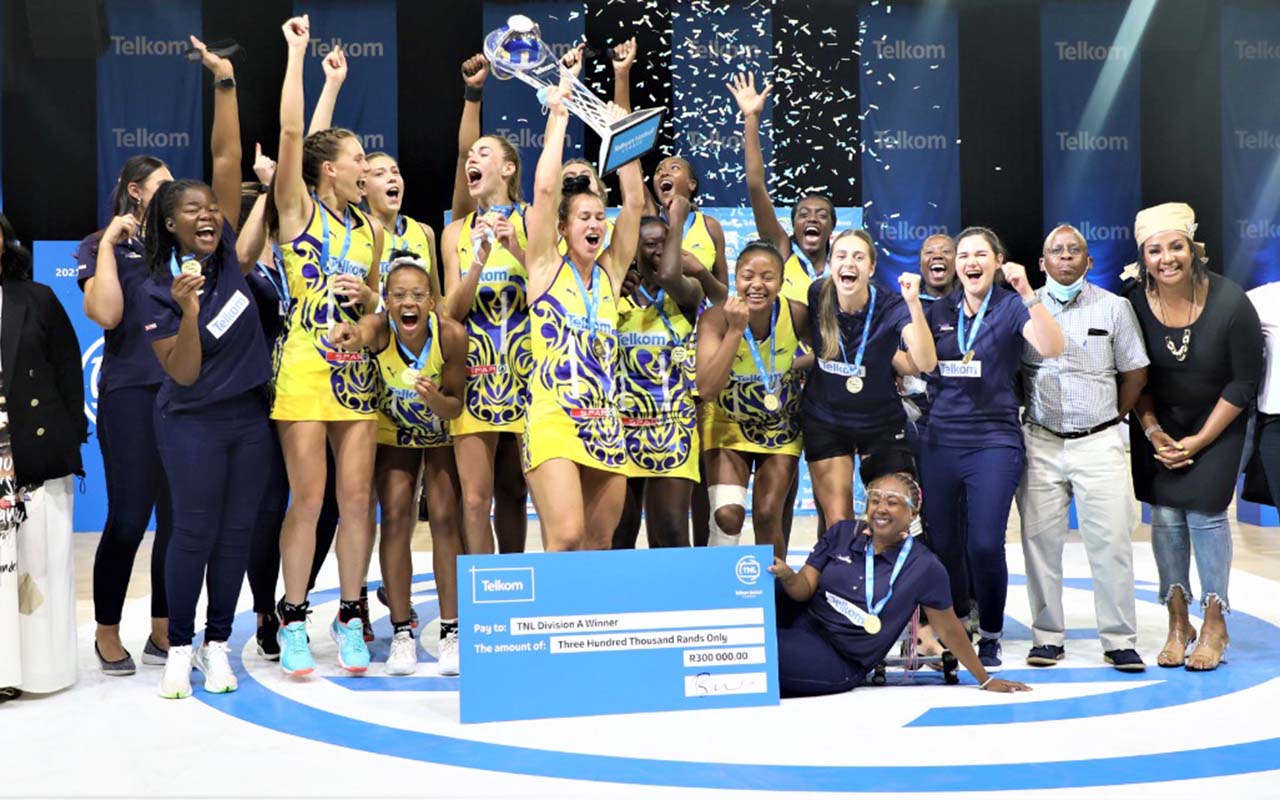 Both teams came out firing, but it was Jaguars who were able to break away in the first quarter and take a six-goal lead. The defending champions continued where they left off and transitioned down the court well with very few errors to extend their lead at half-time.

Stings put up a good fight in the second half, but Jaguars remained consistent and kept control of play throughout and claimed a 53-41 victory.

“I’m very proud of them and the process that we went through.” – Jaguars coach, Jenny van Dyk

Jaguars participated in their 8th consecutive final in the tournament, and this was Stings’ fourth final. Both sides have now faced each other eighteen times with Jaguars winning twelve and Stings four times.

In this year’s competition, Jaguars defeated Stings in the first leg in Pretoria and Stings returned the favour in the second leg prior to the final. Jaguars walked away with R350 000.

“When we started this tournament, we said why not us, and why not a fifth one? We should not be capped at four but I’m glad that the girls took on this journey with me. They played so well today, we ended off on a high and they really had such a good start to the game which gave us a good run for the final.”

“We worked really hard for the past few days, and it is such a good feeling when hard work pays off. We definitely going to go for another five because we will never stop chasing,” said Jaguars coach, Jenny van Dyk.

Flames Remain in Division One

Eastern Cape Aloes missed out on an opportunity to move up to division one after losing 40-49 to North West Flames in the promotion/relegation game.

Flames broke their eleven games winless streak to retain their spot in the top division. It was a slow start for both teams in the opening quarter, but Flames’ relentless defensive pressure steered them to a seven-goal lead at half time. Aloes’ coach, Sameshia Esau interchanged her Goal Keepers, Pamela Chukwu and Bongise Wete in an attempt to decelerate Flames Goal Shooter, Anri Liebenberg’s form in the shooting circle but both defenders were unsuccessful. A lackluster performance from Aloes in the second half boosted Flames’ confidence and the home side strived to a nine-goal victory.

A very proud Flames coach, Lizelle Erasmus expressed her gratitude, “This means everything to us. The Aloes were a very good team on the day, but we really needed this so much. These bunch of youngsters wanted to take it home, they fought, and this means everything. We are so privileged; we left our hearts on court but congratulations to the Aloes for their division two win. For today, we’ll take this one.”