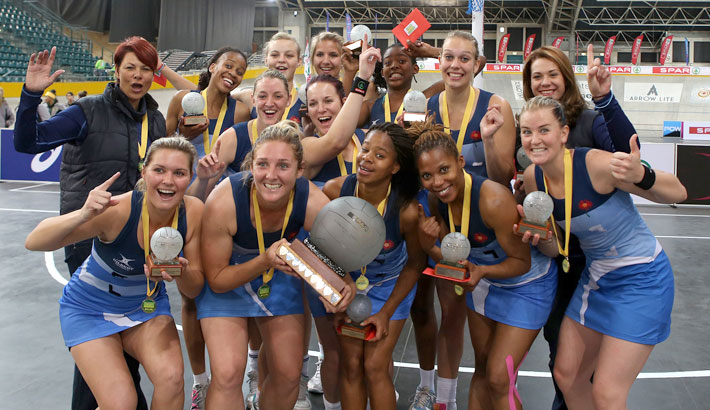 Gauteng North won the SPAR National Netball Championship for the fourth time in five years with a clinical 63-37 victory over Dr Kenneth Kaunda (North West South) in the final at the Bellville Velodrome on Saturday.

Dr. Kenneth Kaunda were undefeated during the round robin phase of the tournament, but Dorette Badenhorst’s young team were no match for Jenny van Dyk’s experienced Gauteng North team, which boasts six former and current Proteas.

The combination of goalkeeper Vanes-Mari du Toit and goal attack Amanda Mynhardt proved too much for the North West goalshooter, Chante Steyn, who had been virtually impregnable during the tournament.

“Gauteng North are very experienced and they are particularly strong on the flying defence,” said Badenhorst. “We had the wrong game plan for them and their experience was what counted. You don’t beat a team like Gauteng North twice in one week.”

Van Dyk said she was very proud of her players. “They put in a solid performance today and what pleased me was the way the senior players supported the youngsters, like Lenize Potgieter and Tshina Mdau, and enabled them to play as we wanted them to,” said Van Dyk.

“Lenize is a world class shooter, whose shooting average was over 90% but she is only 19. When she was under pressure, Lindie Lombard stepped up to take the pressure off her.”

Although Dr. Kenneth Kaunda took the early lead, Gauteng North soon showed their dominance and led for the rest of the match. At halftime, they led 27-19, and they were 41-26 ahead after the third quarter. The Pretoria side stepped up another gear in the final quarter, outscoring the Potchefstroom side by 22 goals to 11.

Great game from Gauteng North. Loving the WA. She is awesome. Awesome action from lindie. #SSNETBALL

Boland B won the B section, beating Gauteng North B 44-38. Western Province were third, followed by Gert Sibande, from Mpumalanga.

The C-section was won by Uthungulu, from Richards Bay, who beat KwaZulu Natal rivals Ethekwini. The Uthungulu players shrieked and danced with joy when they won their final, as if to prove that the SPAR National Championships are not just about the elite players.

A 31-member national training squad was named after the tournament, as Netball South Africa gears up for the world championships in Sydney, Australia, in 2015.

Photo 3 caption: Lenize Potgieter of Gauteng North gets the award for “Best Shooter of the Tournament” from Mimi Mthetwa, President of Netball South Africa. Potgieter also won the “Player of the Tournament”, while Zandre Kruger of Kenneth Kaunda won the “Best Defender” award, and Faith Mantjiu of Gauteng North was unveiled as the tournament’s “Best Centre Court Player”. Photo: Reg Caldecott 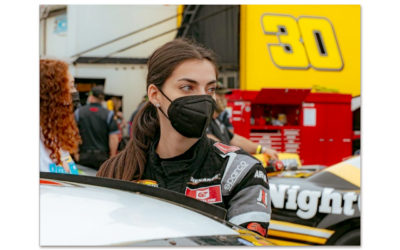 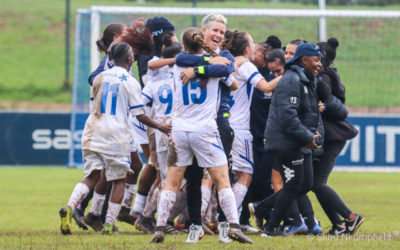