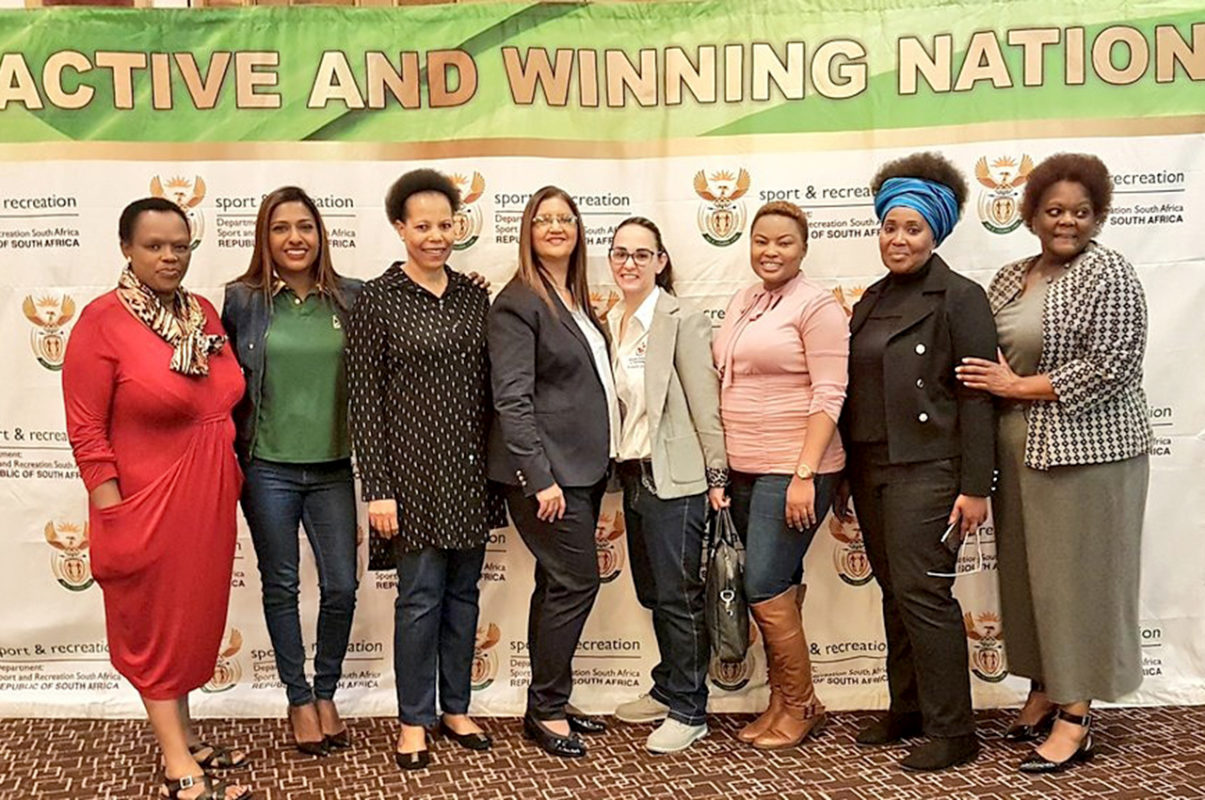 In the history of South Africa, sports women played a major role in the resistance movement in the struggle to liberate this country from apartheid, especially during the 1980’s and 1990’s.

After considerable work, among other, conducting research, literature review, analysing the different declarations of the various Women and Sport conferences held globally and nationally, the finalisation of a discussion document towards the formulation of a policy was proposed.

Minister of Sport and Recreation South Africa, Ms. Tokozile Xasa MP, is embarking on a proposed policy road show with the objective of consulting with various stakeholders and role players within the Sport and Recreation fraternity in order to finalise this Policy for Women and Sport.

Gauteng was the 4th stop of this roadshow and was well attended by many role players and stakeholders. MEC Faith Mazibuko welcomed all with her incredible energy, wise words and motivation before the delegates were split into their various breakaway sessions.

Questions based on current barriers and difficulties hindering women in sport as well as proposed interventions that could address these challenges were some of the outlining questions that were discussed. Additionally, ideas on stakeholders that are to be held responsible and accountable for the implementation and upholding of this policy were further outlined and shared.

It was an honour and humbling experience to have been chosen to be one of the 4 facilitators and to have shared this platform with such amazing women within the world of sport.

In quoting the then 2010 FIFA World Cup slogan, “Ke nako” – it is time, actually, it has been long overdue for a woman in sport policy to be formulated and implemented. Women in sport are a step closer to achieving this milestone and I cannot be keener to watch this project come to fruition!

Photo 1 caption: Dr Pam Serrra with SRSA COO Sumayya Khan and other leading women in sport marking the fourth SRSA Women in Sport Policy Roadshow, at the Hilton Hotel in Sandton, on 17 May, 2019. Photo: gsport

Photo 2 caption: The day was marked with the gathering of hundreds of women eager to witness and contribute to Gauteng’s input in national policy on South African women in sport. Photo: gsport

Italo-South African sport fanatic that is passionate about empowering the youth and especially women in sport. Vocational educationist at heart, living out my passion - Education and Sport!