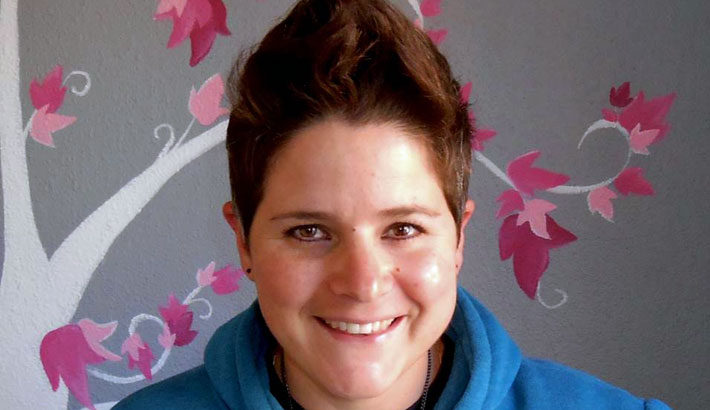 Get To Know: Ronnie Tippett

Ronnie Tippett is a camerawoman, and works in an environment usually dominated by men. She has shown she is up for the challenge and over the years, has travelled with the Men’s and Ladies Rugby Sevens, Banyana Banyana, SA Women’s Hockey, SA Netball and Tennis.

Her work is often seen on Supersport, and SABC and eTV, and she is a firm supporter of South African women in sport.

Tippett will be covering her second Netball World Championships and will unfortunately miss the 10th gsport Awards, but she took some time out ahead of her departure to talk to gsport about being nominated, to share extensive tips about getting ahead in the industry, and talk about ways in which we can raise the profile of women’s sport in South Africa.

How does it feel to be nominated for a gsport Award?

I feel so grateful, proud and a bit overwhelmed to have been nominated for this award. Never when I started out in this industry did I think I could ever be in the running to win an award of this stature, the work I do is “behind-the-scenes”, and so it is unexpected to be recognised on the public stage. I’m so grateful to Kass, gsport4girls & whoever nominated me for giving me this opportunity.

What is it like being a camerawoman in sport?

It is so exciting & fulfilling to be a camerawoman in sport. Being a sports lover myself, this is my dream job: having one of my passions being my “job”!

And it is such a privilege to be involved in filming national teams/ sportspeople who I support.

I am such an avid supporter, that sometimes I listen to music while filming so that I don’t get too “involved” in what is happening on field/court/pitch & lose focus on the actual camerawork!

Being a female in a male-dominated industry is interesting, sometimes you see a new client do a double-take when they realise it is a women who will be doing the job! I like the challenge of feeling that I have a little something “extra” to prove, and I think that I do just as good a job, if not better, than a lot of male cameramen out there.

I think women bring an attention to detail and conscientiousness that make a production even better.

Tell us about some of the big assignments you have covered?

I have covered so many events during my time in this industry, but some of the events that stand out are:

And many more! Also, I leave on Wednesday for my second Netball World Championships!

How did you learn your trade?

I did a Bachelor’s Degree in Audiovisual Production Management at Rand Afrikaans University, which taught me a lot of the theory behind the work. But practically, I learned 90% of what I know now from just being thrown in the deep end and having to just DO it!

I was hired as a Production Assistant at the current company I work for, but within a few months I was editing news inserts, and then moved on to editing full 30min highlights programmes for broadcast on Supersport.

I also started manning the “cutaway camera” on multi-camera shoots – this gave me experience in handling the technical side of the camera. From editing, I began to see how sports should be filmed, what works, what doesn’t work & what is expected.

Then, in 2010, we were asked to follow the SA Women’s Hockey team’s progress at the World Cup, and I was the only person available to travel to Argentina for the event. I was given a camera & laptop & told to deliver daily news inserts while there, as well as a 30min highlights package on my return!

And that was how I really started learning – just by DOING. I think that starting out as an editor gave me a big advantage in picking up camerawork so quickly. Editing is still a very large part of my job, probably 50/50 with camerawork & producing.

What advice to you have for aspiring camerawomen?

Stick to the basics as a start, make sure you know about framing, lighting, exposure, etc. It’s always better to keep it simple first, while you’re finding your feet & growing your confidence.

Watch as much and as many sports as you can, so you know what is expected of you.

Always be open for opportunities to learn and practice, there is no substitute for experience.

Never say or think you can’t do it! Rather say yes to doing something you might not know how to do and learn as you’re going, than give up an opportunity to grow.

Listen to your producer & director but also take initiative. And always deliver more than is expected.

What do you love most about the gsport Awards?

What I love most about the gsport Awards is the fact that they CELEBRATE women, as opposed to pitting them against each other.

Yes, there are finalists & a winner chosen from each category, but I’ve always felt that there is such a camaraderie amongst the women, as much as we’d like to win ourselves, we’re just as happy to see our fellow sportspeople, media, crew, etc succeeding in an industry dominated by men.

How can we raise the profile of women’s sport in South Africa?

I think what Kass & gsport4girls are already doing to raise the profile of women in sport is phenomenal. I think if we can get more people to WATCH women’s sport, they will see that it is just as competitive & entertaining as men’s sport, if not more.

We need more big corporates to get involved in order to fund the broadcast of these sports.

If the public get to watch & see our talented sportswomen on TV, they will then hopefully be encouraged to fill stadiums & vice versa.

Also, the success of our national teams is very important, and this goes hand-in-hand with funding.

Photo 1 caption: 2015 gsport Woman in Media: Television finalist Ronnie Tippett believes that women are well-suited to the field, bringing attention to detail and conscientiousness that improves a production. Photo: Supplied

Photo 2 caption: A widely-accomplished video camerawoman, Tippett counts multiple international sporting moments in time among her professional highlights, yet still can’t get over the fact that she gets paid to do her job! Photo: Supplied