Get to Know Sport and Exercise Scientist Julia Sanderson 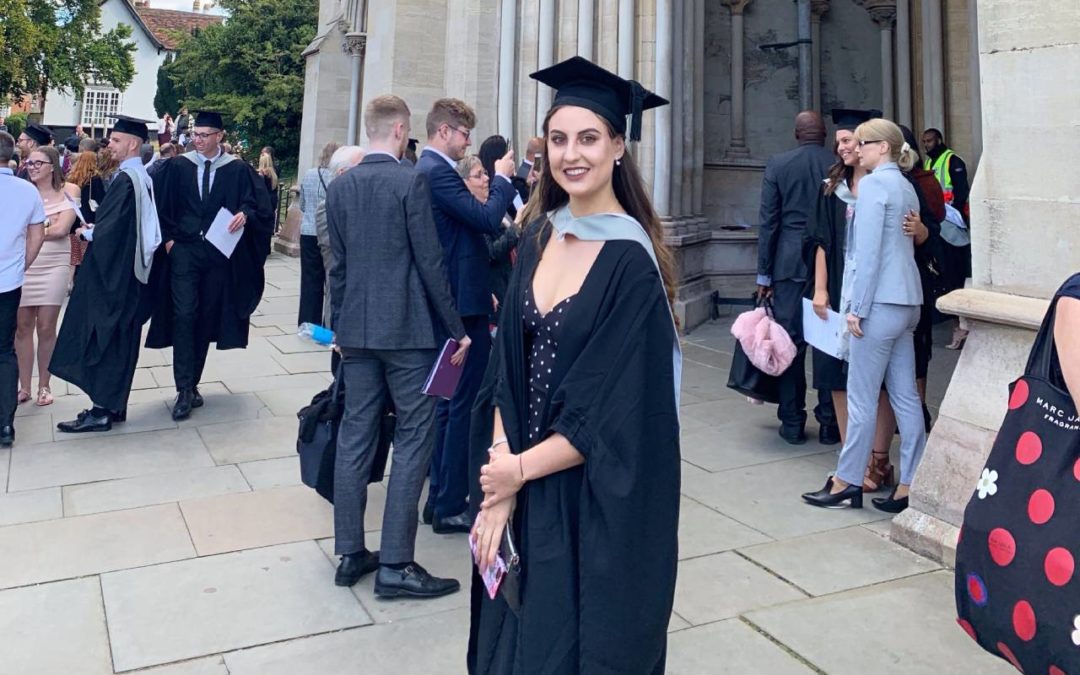 Julia Sanderson’s passion for sport began at a tender age, and she participated in multiple sporting codes at school.

Back in South Africa, and now based in Cape Town, Sanderson is completing her post-graduate year in Biokinetics, and is also involved in action netball and running marathons.

gsport Editor Kass Naidoo spoke to the 23-year-old, who gave insights on the challenges facing women’s sport and also offered advice to athletes who are also studying.

Good to chat you, Julia! Tell us about yourself..

My name is Julia Sanderson. I am 23 years old and have completed my undergraduate and honours studies in BSc Sport and Exercise Science from The University of Hertfordshire in the United Kingdom. Additionally, I am qualified as an ITEC level 3 sports massage therapist and Kinesio UK Level 1 and 2 Kinesiologist.

I have since left the United Kingdom and moved to Cape Town, where I am now completing my post-graduate year in Biokinetics. Outside of my studies and patients, I am involved in action netball and enjoy running marathons.

My passion for sport was really developed throughout my time at school. I was involved in a multitude of sports, including that of swimming, waterpolo, cross country, netball, athletics, soccer and dance. I was particularly good at all of them, but because simply I enjoyed them. My mum and dad always encouraged me to take part in extracurricular activities throughout both school and University.

During school I wasn’t as aware of the health benefits as I am now, but there were other reasons why I loved it so much. The feeling of being part of a team, the comradeship and sense of belonging you got from all working towards the same goal was what I enjoyed most. Furthermore, it taught me so many skills that have become vital parts of my everyday life as an adult, such as teamwork, commitment and confidence in my own ability.

What made you decide to study Sport and Exercise Science?

Sport science is a relatively new academic discipline, but one that has taken off incredibly fast. Advances in sport technology and sport medicine are breaking ground every day. As technology evolves and the need for athletes to get any extra edge becomes more acute, the need for specialists in this area increases exponentially.

Initially, my driving force behind studying this degree was to work within the professional athlete discipline, however my passion shifted over the four years, toward the general public and chronic disease population as I realised how vital exercise was in both the prevention and management of chronic diseases such as diabetes, COPD and heart disease, that is a growing pandemic within our society at the moment.

Tell us about the journey to qualify?

During my four years in the United Kingdom, I undertook several forms of sports and exercise science and first aid voluntary roles, some of these included: concussion screening for the University of Hertfordshire rugby men and women’s teams, emergency pitch side assistance for the university’s athletic union teams, assisting with the screening of National and Hatfield swimmers and assisting with the physiological testing of several external endurance athletes.

Additionally, I worked in England’s National Health Service for two years. I was based in London and was involved in Healthier You: National diabetes prevention programme and worked closely with Camden and Islington clinical commissioning groups. In conjunction with this program, I am currently in the process of publishing my honours year thesis; investigating the relationship between the elevation of haemoglobin A1c level, sleep quality and sleep duration in clinically diagnosed pre-diabetic patients in a nationally representative sample.

This research was presented at the British Association of Sport and Exercise Sciences (BASES) student conference in Dundee Scotland last year. My advice to students currently studying or wanting to study this degree, is that it is imperative that you get involved in all aspects that the industry has to offer, whether voluntary or paid. This not only allows you to find the area of expertise’s you enjoy most but allows you to identify areas that you can invest your specialism and develop accordingly.

For those who don’t know, what is a Sport and Exercise Scientist?

As a Sport and Exercise Scientist we concentrate on the study of human movement from developmental, mechanical, motor control, psychosocial, psychological, historical, pathological, and physiological perspectives.

What work have you managed to secure in this field to date?

How are you managing the Corona Virus lockdown and how has this impacted your work?

I am currently a postgraduate student at The University of Cape Town furthering my studies in Biokinetics. Prior to the Corona Virus I was on my clinical rotations at Victoria Hospital doing the cardiac rehabilitation programme and at the Sport Institute of South Africa working with The Healthy Weight Programme. The virus has since suspended these rotations and face to face lectures. However, we are continuing with virtual lectures and telehealth consultations.

What would be your ideal job in this field?

My ideal job would be to work with chronic disease patients in both an educational and rehabilitation programme.

What has been the biggest highlight on this journey?

Being part of the Healthier You; Diabetes Prevention Programme. This is a phenomenal programme, which is a joint commitment from NHS England, Public Health England and Diabetes UK, to deliver at scale evidence based behavioural interventions for individuals identified as being at high risk of developing Type 2 Diabetes.

What is the biggest challenge you face?

The biggest challenged I have faced was moving away from my family in South Africa at the age of 18 and having to be independent in the United Kingdom straight out of school.

What is your advice to those that are studying and playing sport?

Time management is vital when studying and playing sport. I highly recommend that students continue sport during their studies, as research has continually showed that exercise improves attention, speed of processing, and the ability to perform cognitive tasks. There has also been evidence between the connection of exercise and higher mental processes of memory and the ability to juggle different intellectual tasks at the same time. When you are exercising, you change your blood chemistry and make nutrients more available to the brain. This increase in blood circulation also enhances energy production and waste removal.

The hormone epinephrine, stimulated by exercise, increases your awareness and therefore your ability to concentrate. In the long run, exercise will help you to better deal with daily stresses. It has also been found to offset some of the mental decline that comes with aging. With this increase of over-all mental wellbeing (less depression, less anxiety, increased self-esteem) you will be enabled to perform better in your studies. Many of my fellow students additionally used their sport they participated in, to do research on for their thesis, which is something I encourage. Passion develops ground-breaking research projects.

What can we do to raise the profile of women’s sport in South Africa?

Unfortunately, fewer girls are participating in sport at a school level as I did. Research found that only 12% of girls aged 14 get enough physical activity each week – roughly half the number of boys at the same age. Findings from this report suggest that, despite low levels of physical activity, girls want to be active, take part in physical activity and stay healthy, with 76% of 15-year-olds stating they would like to do more physical activity. However, despite this desire to be more active, attitudes to sport and physical activity are mixed.

The report found that girls become less positive about sport and physical activity as they get older, with a greater decline compared with boys. Additionally, stating that aspects of being sporty is unfeminine. The report found that girls also perceive more barriers to being active than boys and that the barriers increasingly include body image issues as they get older. Barriers reported include a lack of family support, insufficient choice of activity, a feeling that only the talented are encouraged and fewer role models for girls.

I believe that it is imperative to showcase the many amazing role models we have in South African women’s sport and to hopefully educate young people – particularly girls – that it’s about being fit and healthy and regardless of your age, size or ability there is a sport out there for everyone. I also feel for a nation of sport lovers it is ironic we only seem to offer substantial coverage to our male athletes, and yet we wonder why our young girls are shying away from physical activity. We require that level of equality around our sport. It is so important that we respect our female athletes, because right now we are creating a generation of young girls who feel they have no place in the world of sport.

What do you think of gsport and the role it plays in women’s sport?

gsport is a phenomenal programme that is creating the perfect platform for showcasing our female athletes and educating both girls and women of all ages on the continuous achievements of these incredible individuals and teams. I hope that this platform will encourage an increase in female sport participation and allow for an increased coverage of the female sporting world.

What do you know now that you wish you knew when you started studying?

As stated, I am now studying my postgraduate in Biokinetics and hope to continue my studies in Medicine in 2022. Something I wish I knew when I started studying was, when in matric, it is perfectly okay to not know what you want to do with the rest of your life and there are countless opportunities to discover where you passion lies.

What is your big career ambition?