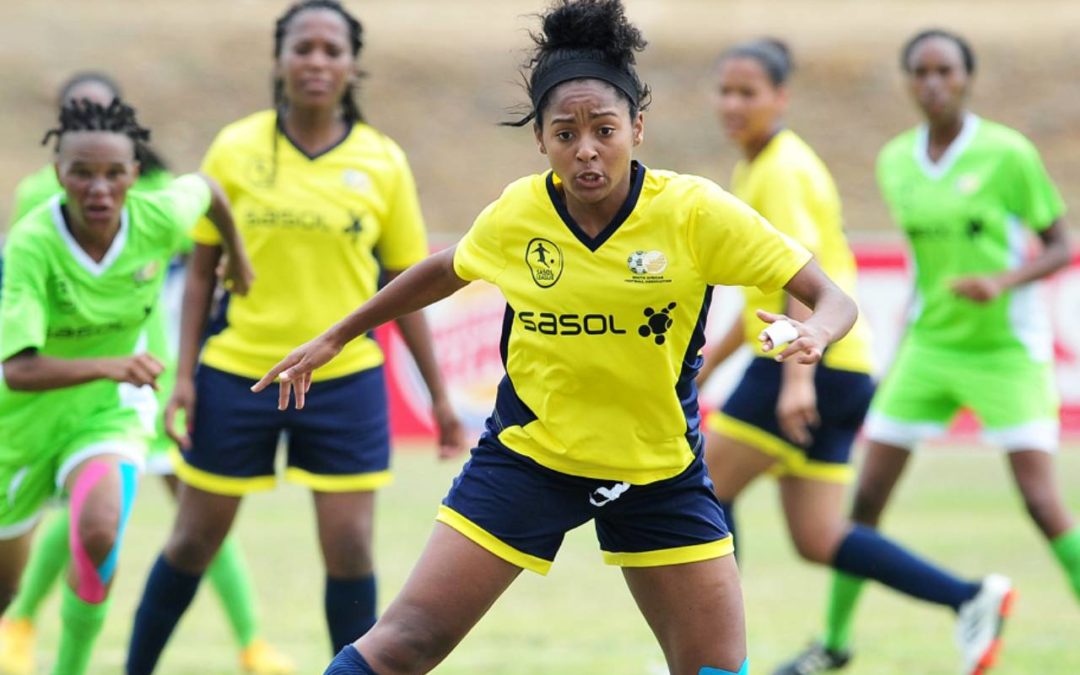 There is excitement in the air with the return of the popular SAFA Sasol Women’s League as most provinces across the country have already begun proceedings.

With recent Coronavirus scares and hence the cancelling of major footballing events, leagues and competitions, Sasol action was very much welcomed and never fails to deliver scintillating action and goals aplenty.

This was the case over the weekend in the North West region with as many as 52 goals scored in only seven matches.

All games took place on Saturday, 14 March 2020, around the province, kicking off at NWU Mafikeng Campus Sports Ground as hosts North West University thumped keen rivals Madibe Ladies 5-2, in a fixture that was actually more competitive than the score-line suggests. The win propelled the home team into the top five on the log.

Platinum Arsenal FC then suffered a shock 2-0 reverse at home (Olympia Stadium) to Keleku FC for their second loss on the trot. The coach will have plenty to work on ahead of the team’s next game which will be played away from the comforts of home.

An impressive Rustenburg Ladies then crept up to fourth in the standings after getting the better of Clive United FC at Olympia Stadium (Field B) in a 15h00 kick-off. The 4-2 score-line flattered the visitors who were on the back-foot from the outset, with the hosts pressing and attacking game coming nicely to the fore.

The Bold and the Beautiful then edged a plucky Bianca Academy 3-2 at Huhudi Stadium in what proved to be a tense affair. Both clubs sit comfortably in the top half of the table.

Tswelelang De’ Scorpion FC then took full advantage of their home support as they demolished a hapless Young Expandables 7-2. The home team moved swiftly into third position while Expandables languish in 15th spot with a negative goal difference of -13.

We Can Ladies were also in for a tough afternoon at their Tiger Fields Ground as they were humbled 14-0 at the hands of the leaders and unbeaten ALS PUK Tawana FC. The Ladies find themselves at the foot of the table while Tawana are top courtesy of their incredible +22 goal difference.

The day’s final fixture also had plenty of goals in store of the adoring fans as Royal Queens destroyed Florentina 9-0 at Lebone Ground and laid down a marker for the season ahead. Queens sit comfortably in second place while their rivals are in 14th.

R.M Diamond Ladies and Gopane Ladies had a bye and clash this coming Thursday (19 March) at Motswedi Secondary in Zeerust.

It is still early days but North West teams already seem to be in the mood for a season filled with goals and drama. With Women’s National League places on the line, you won’t expect anything less.