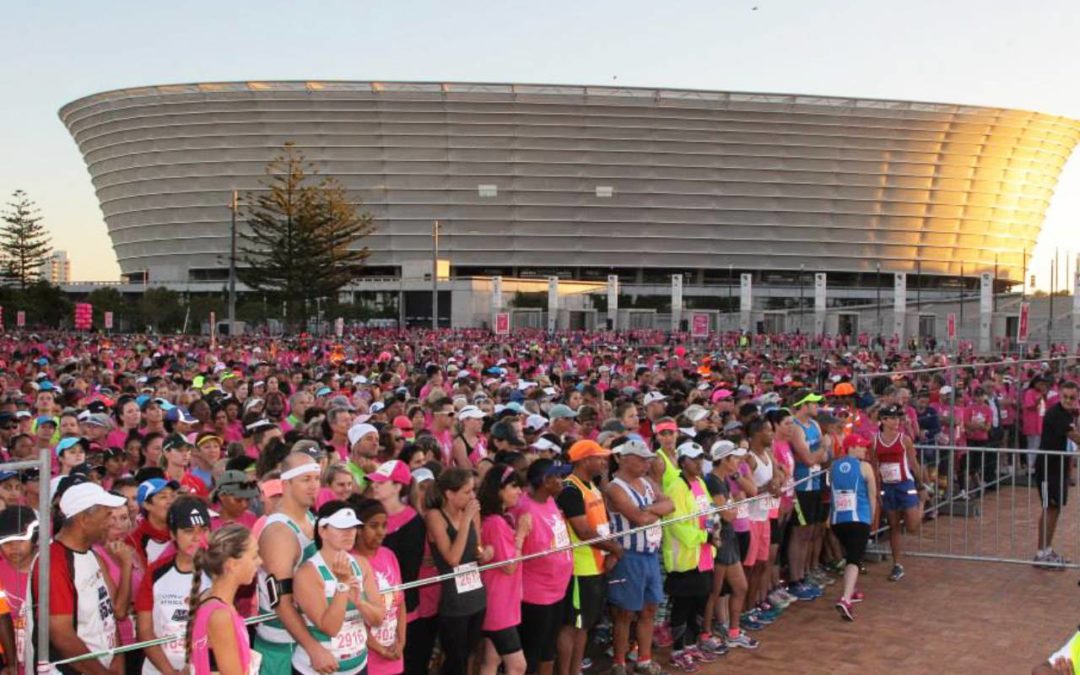 SPAR Western Cape has taken the difficult decision to cancel the SPAR Women’s Challenge in Cape Town, one of six road races in the SPAR Grand Prix series, run throughout the country. The race was to be held on Sunday, 5 April 2020, in Green Point.

The announcement follows President Cyril Ramaphosa’s recent address to the nation in which he laid out drastic measures to contain the spread of the deadly Coronavirus. These include the prohibition of gatherings of more than 100 people, and an embargo placed on large events.

“It is with a heavy heart that we have decided to cancel the event for this year,” commented Elsabe van Zyl – Felix, advertising manager for SPAR Western Cape. “The race has a loyal following and we are mindful of how disappointed the women who have entered will be.

“However, we fully embrace the bold initiatives of Government and all their healthcare partners, who are doing everything in their power to overcome the global threat of this virus.”

Race entry cut off was scheduled for Sunday, 22 March. SPAR has taken the decision to refund the R120 entry fee to all entrants. The race organisers have requested patience in this regard, as they prepare all the reconciliation and administrative needs. They further confirm that entrants will receive official correspondence from the Race Office regarding refunding details and the process thereof. No refunds will be made via any SPAR store, please refer refund queries to: [email protected].

The sponsors have also committed to honour the race beneficiaries, and an amount of R100 000 each will be donated to Operation Smile SA and the Saartjie Baartman Centre for Women and Children.

“This is a time for all of us to pull together and beat this deadly virus. We need to stay positive and be sensible if we are to flatten the curve.”

Van Zyl – Felix said that she would like to thank Western Province Athletics for all their hard work to date. As well as media partners, Heart FM and Die Burger, and all other stakeholders.

The Port Elizabeth race, which would have been run on Saturday, 28 March has been postponed. The organisers have reserved Saturday October 17, 2020 as a revised date for the race.

SPAR Group Marketing Executive, Mike Prentice, said the sponsors of the Challenge were disappointed, but needed to act in the best interests of all South Africans.

“We have to act in accordance with the Government’s directives, and with the best interests of all South Africans in mind.  Our chief concern is the health and safety of everyone.

“We will review the situation in six weeks and make any further announcement then, when we will also announce a decision on the Durban SPAR Women’s Challenge, which is scheduled for the end of June.”

The SPAR Women’s Challenge Series is run annually in Port Elizabeth, Cape Town, Durban, Tshwane, Pietermaritzburg and Johannesburg, with top runners earning points towards the SPAR Grand Prix. Despite the cancellation of the Cape Town event, the SPAR Grand Prix will continue but will be calculated over five instead of six races.

The Tshwane and Maritzburg races are scheduled for August and the Joburg SPAR Women’s Challenge for October.

Photo 1 Caption: SPAR Western Cape has taken the difficult decision to cancel the SPAR Women’s Challenge in Cape Town, one of six road races in the SPAR Grand Prix series, run throughout the country. The race was to be held on Sunday, 5 April 2020, in Green Point. Photo: SPAR