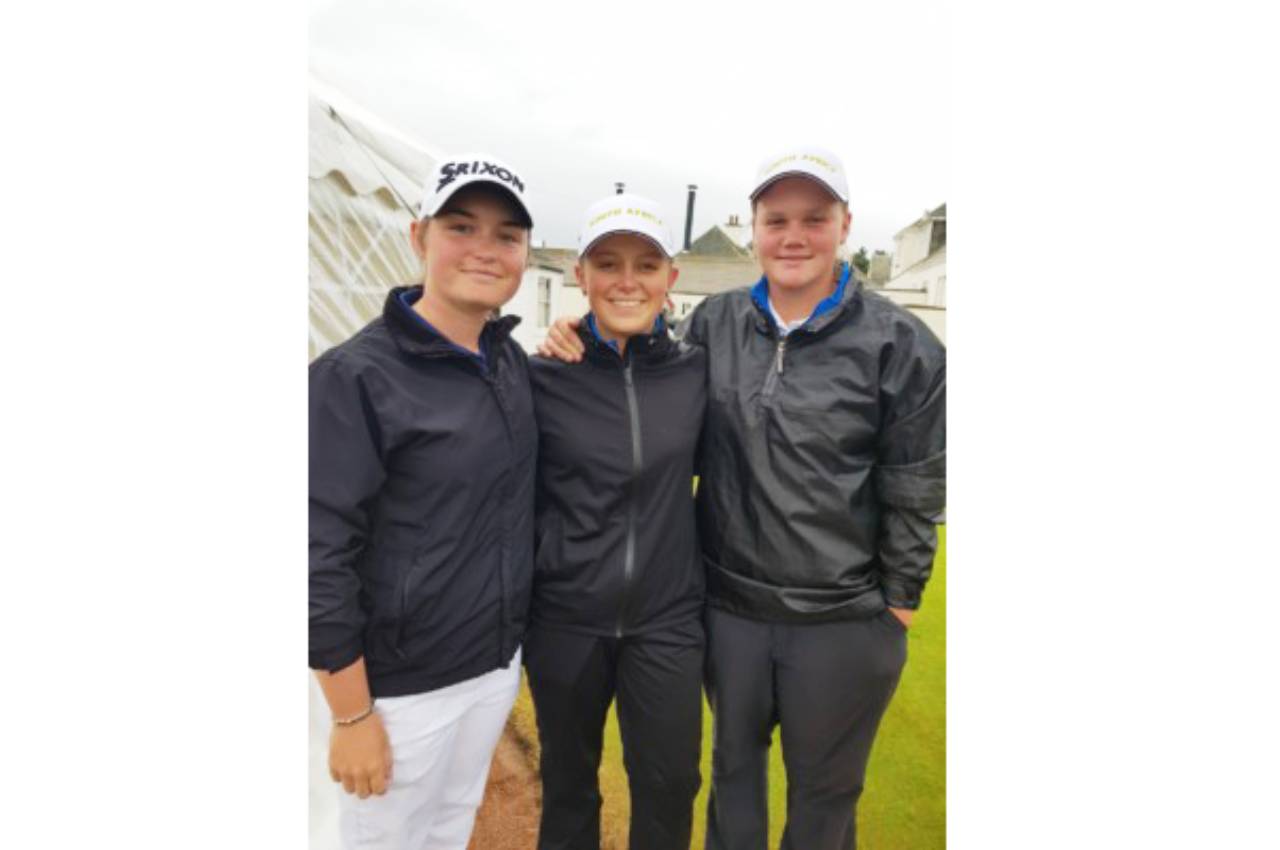 Western Province’s Rothman led the South African charge at Panmure Golf Club with an opening round of one-over-par 72. Floyd posted the same number to join Rothman in a tie for 13th, while South Africa’s top ranked Macnab made a great recovery down the stretch for a 74 and a share of 33rd.

French player Lucie Malchirand set the pace in the battle for 64 spots in the match-play stage with a stunning 64 to finish two better than Italian Alessia Nobilo.

Rothman from Western Province, made the most of the clear skies in the morning. The Durbanville golfer, who reached the finals in the St Andrews Junior Ladies Open last week, surrendered two shots in her outward loop, but countered with a birdie at the par four 12th and erased a third bogey at 16 with her second gain at the par four 16th.

“It wasn’t the start I was hoping for, but it was great to finish the round on a high note.” – Caitlyn Macnab

Macnab also had an early tee-time and got off to a birdie start. “I missed a short birdie on two, and parred the third, and then disaster struck when I hooked my tee shot left on the fourth,” said the Serengeti golfer.

“I couldn’t find my first ball in the bush and hit my provisional in the pot bunker short right of the green.

“I hit a really good bunker shot, but missed the metre and a half putt and made a triple. I made a soft drop on the next hole and another triple at six. I hit 4-iron off the tee and it was the right club, but I blocked it right and it ballooned on me with the wind into us, and went nowhere. I hit a knock-down 3-wood on the pin and it pitched just short and took a nasty bounce and went straight over the back. Got to my ball and I was dead in the grass,” she continued.

“I opened up the clubface to try and land it softly, but I teethed it and it ran down the hill, dead in the grass. I couldn’t run it up, so I had to chip and teethed it again. Not my finest moment.”

Macnab regrouped quickly and made seven straight pars before picking up her second shot at 14.

“We never got to play the first three holes on the back nine in the practice rounds. They were waterlogged from all the rain, so I played them blind and made a nice string of pars. On 14, I went for the green in two and it ran over the back into the bunker. I knocked it out and sank the birdie putt,” Macnab said.

“On 17, I drove it down the middle and stuck a sand-wedge three metres from the pin and boxed the birdie putt. At the last hole, I missed the fairway right, but put it on the green with my second and holed a four-metre putt for birdie.

“It wasn’t the start I was hoping for, but it was great to finish the round on a high note. There are loads of positives to take into the today’s final round, so I just want to put together a low score to make the match play stage,” she ended.

“I played in the afternoon and a few holes in it started to rain really hard and the wind blew very strong, so it wasn’t easy. I played well and I hit the ball nicely, but I let a few too many slip,” said the Ebotse golfer.

“I turned one-under after birdies at two, five and eight and I made a really good up-and-down birdie on 10 to get myself back to level par. I made two long putts to save par at 11 and 12, but lost two shots on 13 with a lost ball. I dropped two more shots at 14 and 15, but birdied 17 to get back into it.

“I made a really good par on 18 to finish one-over. I leaked my 3-wood into the bush, but I found the ball. I hit it into the bush again, but got on the green with my third shot and holed a long putt to save par. I’m really happy with my game, despite the wobble on the back nine, so I’ll just try to limit the mistakes today and keep the ball in play,” Floyd ended.