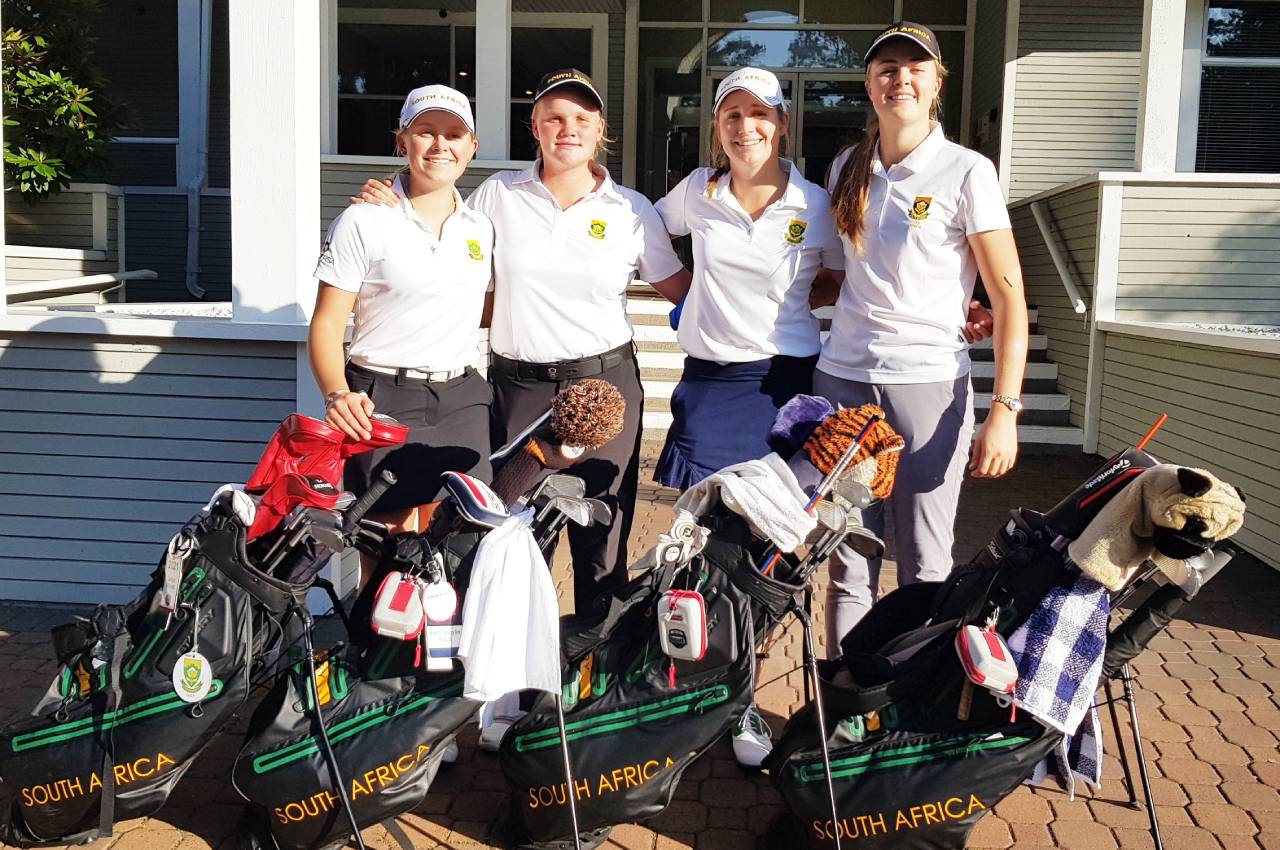 GolfRSA Proteas Off to Solid Start in Canada

Kaleigh Telfer and Kiera Floyd proved a formidable force on the opening day of the Astor Trophy as they racked up three wins for the GolfRSA Proteas at Royal Colwood Golf Club.

“We knew we needed to get as many points off the defending champions as possible and we were delighted to tie Australia three-all. We are off to a great start,” said Womens Golf South Africa President Sally Greasley.

“The dew in the morning was tough to deal with, because it was almost impossible to play a decent shot out of the thick rough. We noted the severe slopes on many of the greens in the practice rounds and with the greens running more than 11 on the stimp metre, you have to land your approach shots below the flag on many of the holes. If you were above the pin, the slightest tap could send the ball careening past the hole.

“Kaleigh and Kiera went off first and they played great percentage golf to put Amelia Mehmet-Grohn and Kirsty Hodgkins on the back foot early on.”

The pair won the first hole with a par and kept the advantage going with a string of pars.

“Kiera and I dovetailed really well, and we were three-up through 12,” Telfer said.

“We lost the 13th with a bogey, but we eagled the par five 14th. We won the game when they bogeyed 15,” she continued.

“I got off to a really good start in the singles and I was three-up after six holes, but then my driver went a bit all over the show. I battled with some wayward drives on the back nine, but I scrambled well hold on to the lead and won the game two and one on the 17th hole.

“It was really great to get points for the team on day one. We’ve started our campaign on a positive note and it’s a nice boost for the rest of the week,” she ended.

Floyd was in imperious form and never gave her opponent a look in.

“We are happy with the start we made.” – Golf South Africa President, Sally Greasley

“Kaylah also battled with her swing, with the result that her tentative drives and approach shots left her vulnerable. She has an amazing fighting spirit, though, and she hung in there to take the game to the 17th hole before she lost three and one.

“Caitlyn had a tough game against a very competitive opponent, but she held her head high until the 15th hole, where an unexpected three-putt unnerved her. Unable to get herself back into the game, she also lost three and one on 17.

“Whilst we were all disappointed not to have taken all the points against Australia, we are happy with the start we made. Great Britain and Ireland had a first-round bye, so they will be keen to get their campaign underway and we are excited to face them today,” she ended.

New Zealand won five of their six games against the host nation to take the lead on one point.