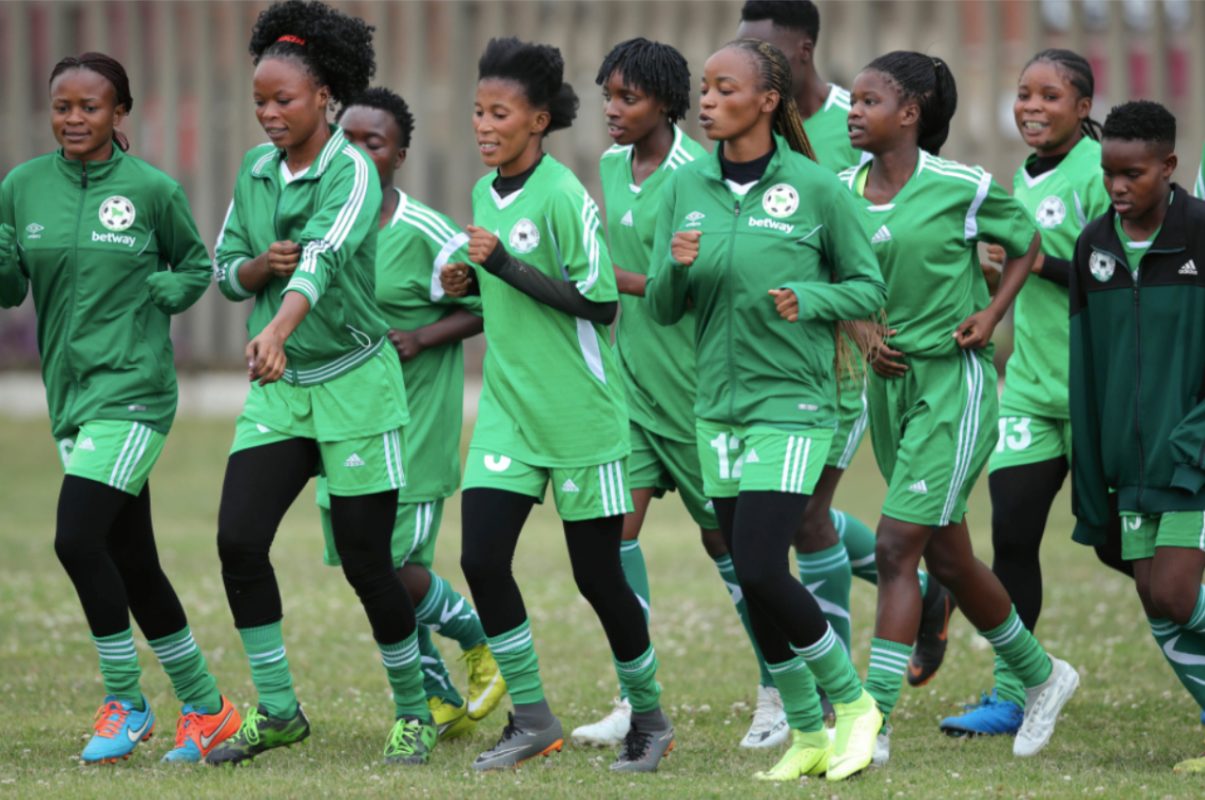 24-year-old striker, Theresa Chewe, scored her fourth hat trick, taking her goal tally to twenty-seven, while Joanna Benaya and Natasha Nanyangwe scored a goal each as the army-sponsored side registered their 19th victory.

The Charles Haalubono-coached side managed to defeat their greatest rivals, Zesco, both home [1-0] and away [2-0].

So far, only Red Arrows and Indeni Roses have defeated Buffaloes. Against Red Arrows, they lost 2-0 at home, however Buffaloes made a winning return thumping Red Arrows 5-0 away. Indeni Roses defeated Green Buffaloes 1-0 before they were then held to a stalemate in their second encounter.

“My coaching abilities have been tested to the fullest and this has helped me and my technical staff to gauge ourselves.”

Going forward, Buffaloes want to continue improving and producing desired results as they would want to defend their title. But before they focus on defending their title, coach Haalubono is aiming to lead his team to the final CAF Women’s Champions League.