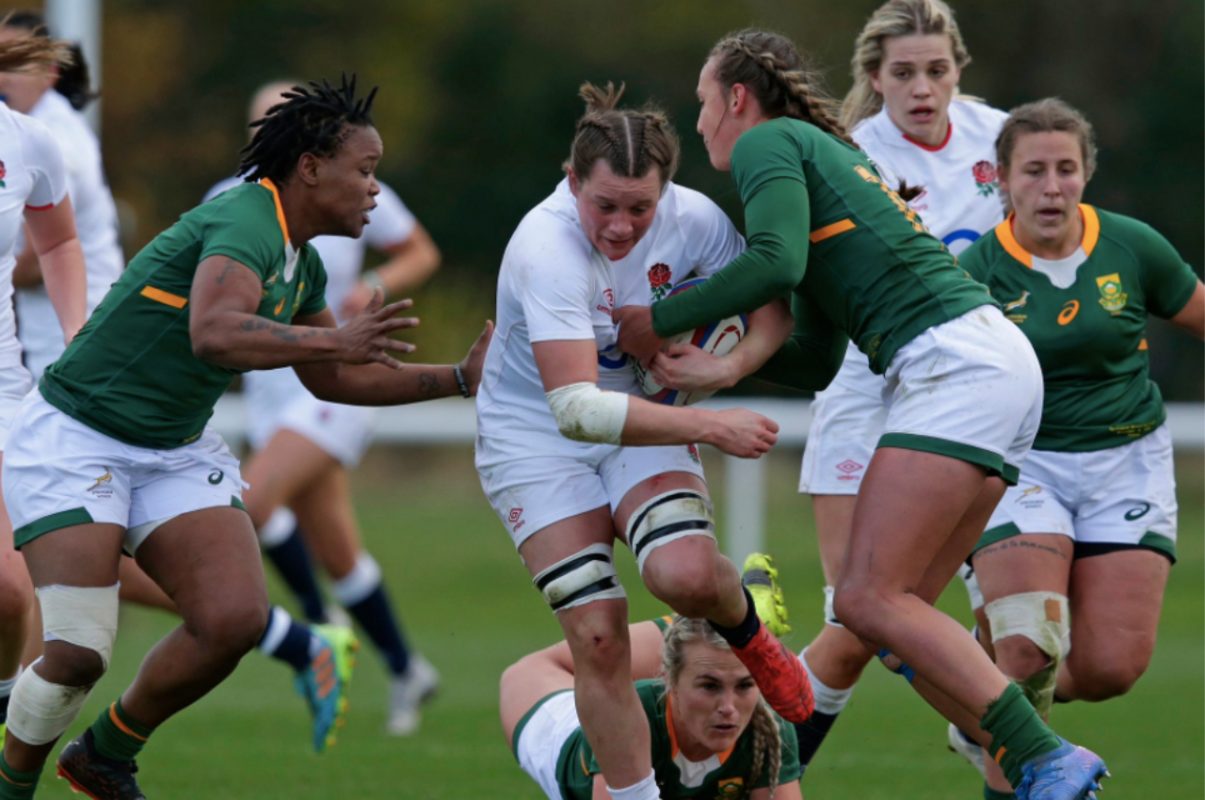 The Springbok Women needed some momentum and a much-needed confidence booster after three weeks of their November tour, and a six try victory over England’s Under-20 team in London on Sunday certainly delivered some of that.

The South Africans won the friendly match at Hazelwood Sports Club by 38-5, but for Springbok Women head coach Stanley Raubenheimer, the result was not the most pleasing aspect of the performance.

“This was one of those situations where you can’t really win,” explained Raubenheimer.

“If you don’t perform well and win, you will get criticised and when you do win and play well, people would say it was expected of you to do so.

“Nevertheless, it was still a pleasing performance for us. This team had very little time together and some of these players had not played in a while, so there were mistakes we had expected.

“Some of the things we focus on did improve, hence the result. So, it was good for the players to see what can happen if we execute well.”

Raubenheimer asked of the players to keep ball in hand and that worked well, with a number of tries coming from good, sustained possession.

“You could see the players started to enjoy the time on the field and that showed in a number of executions,” he said.

“It is still frustrating when they don’t master basic things like catching a ball or holding on to a pass, but that improved as they played more.”

Raubenheimer said the victory same at an appropriate time, with the last week of the tour coming up.

“It was good for our confidence, a win is always a good thing, although we are process driven on this tour. This will also shake up the players who did not play today, as some of those on the field showed they want to play against the Barbarians next week,” Raubenheimer said.

Catha Jacobs, who captained the Springbok Women on Sunday, agreed with her coach’s sentiments.

“We still needed to go out there and execute,” said Jacobs.

“I think we managed some things very well – our scrums and lineouts were great and those six tries did not come out of thin air, we had to work to create it, and that was pleasing.”

The fact that they conceded only one try also helped the team’s confidence: “We defended well today, which shows what can happen if everyone trusts the defensive system, so that is another win for us.

“Overall, it was a good day for us, we needed a win on tour and it came at the right time. It brought us even closer together and brough energy, which is much needed after three weeks on tour,” concluded Jacobs.

Springbok Women’s Starting Lineup vs England U20 in London:

Photo 1 Caption: The Springbok Women needed some momentum and a much-needed confidence booster after three weeks of their November tour, and a six try victory over England’s Under-20 team in London on Sunday certainly delivered some of that. Photo: Springbok Women (Twitter)