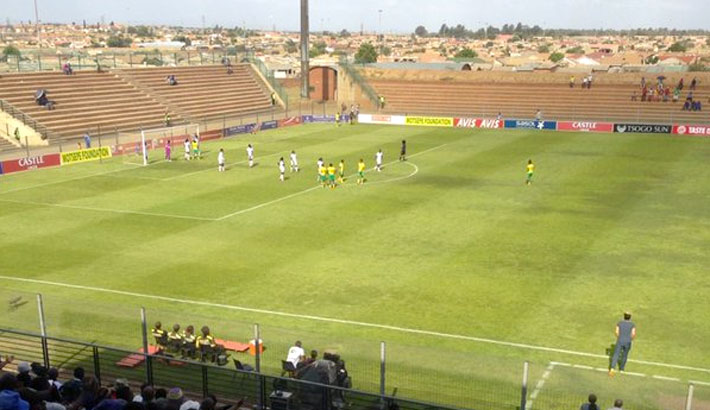 The South African u20 Women’s National Team, Basetsana, lost 1-0 to their counterparts from Nigeria (3-1 on aggregate) and missed out on the u20 FIFA Women’s World Cup, Papua New Guinea 2016.

The second leg of the third and final round match took place on Sunday, 8 November at Makhulong Stadium in Tembisa.

A goal early in the first half by Veronica Chinwendu Ihezuo was enough to hand the Super Falconets a berth in the World Cup.

Despite a crucial away goal in Abuja two weeks ago, South Africa was always playing catch up, as they had to turn the 2-1 result from the first leg.

But it was the visitors who started strongly putting the home side under pressure.

After Nigeria’s goal, Basetsana came back strongly into the match and were unfortunate not to equalise on the half hour mark – striker Linda Motlhalo broke free but Sandra Chiichii was equal to the task in the Nigeria goal.

In the second half South Africa piled on the pressure and saw their goal-bound shot stopped off the line in the 49th minute.

Thembi Kgatlana, who missed the first leg, came face to face with Chiichii but rushed her shot in the 55th minute, which could have given the hosts a glimmer of hope.

With the clock ticking away, South Africa pushed forward but no goal came.

The last clear chance for Basetsana was in the 75th minute when Kgatlana shot straight into Chiichii’s arms.

No matter how hard the home side tried, Nigeria stood firm and gave nothing away.

In the end, it was tears for Basetsana players, as they knew how close they were to clinching a spot in their first-ever World Cup tournament.

It ended Nigeria 1 and South Africa 0 – the Falconets winning 3-1 on aggregate. The FIFA u20 Women’s World Cup will take place next year in Papua New Guinea from 28 October to 16 November.

Photo 1 caption: The SA u20 Women’s National team pictured on attack against Nigeria at the Makhulong Stadium in Tembisa on Sunday, 8 November, 2015. Basetsana lost the second leg fixture 1-0, and the continental knock-out matches 3-1 on aggregate, missing out on the 2016 u20 FIFA Women’s World Cup in Papua New Guinea. Photo: SAFA Twitter account 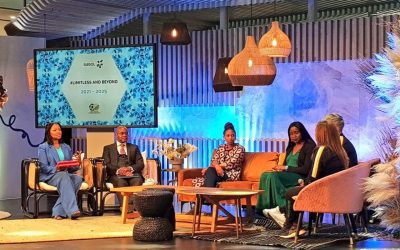 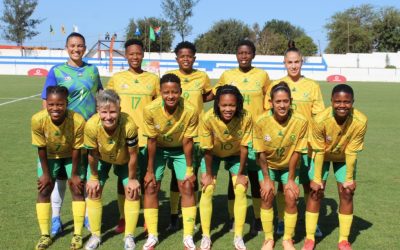 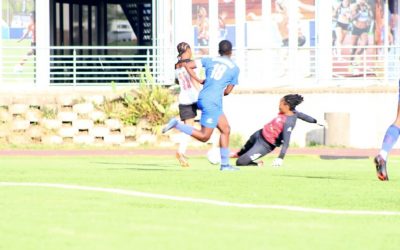