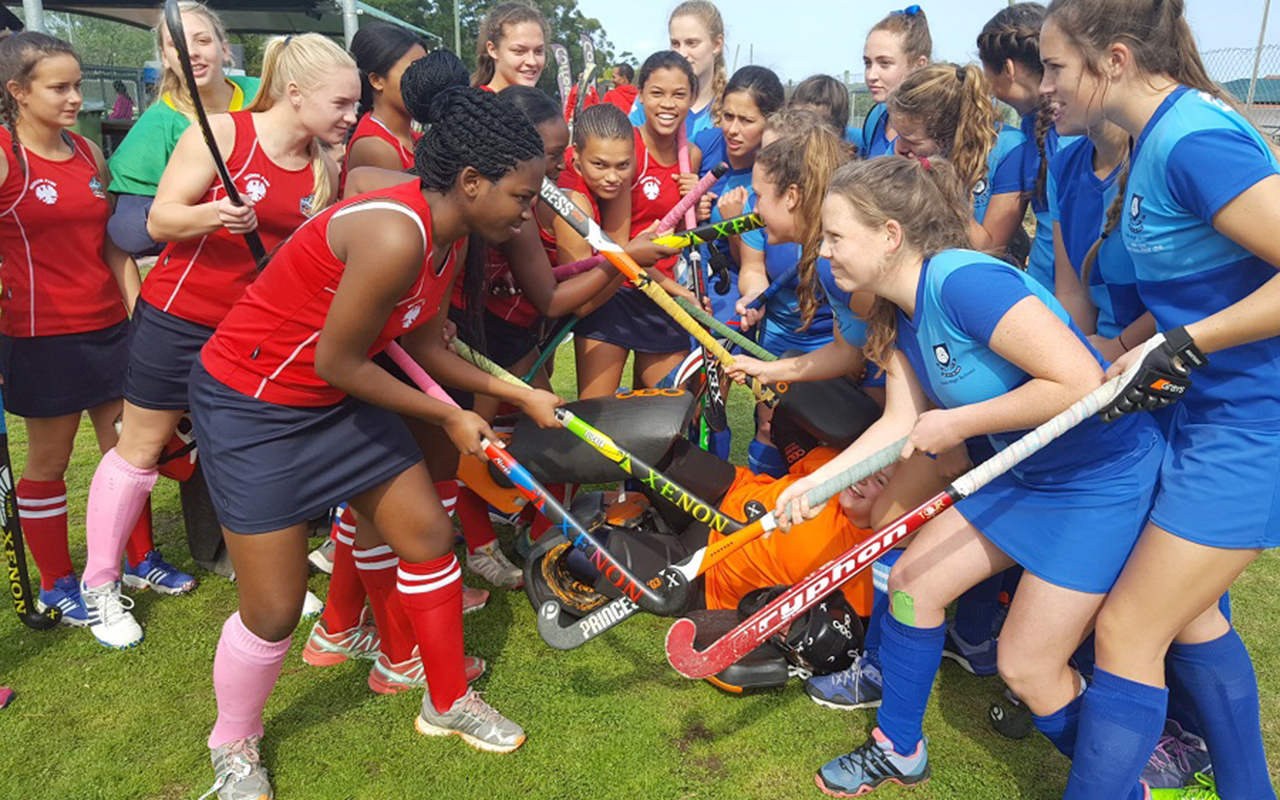 Another thrilling year of competition will culminate in what should be an intriguing finale when the SPAR Eastern Cape Schoolgirls Hockey Challenge takes place at Woodridge, just outside Port Elizabeth, on Saturday.

A total of five teams will contest the provincial finals, meeting each other in a condensed version of the game to decide the Eastern Cape champions for 2018.

With a number of established schools such as defending champions Clarendon and EP teams Collegiate, Woodridge and Pearson not having qualified this year, the race is on to see who can seize the moment.

National tournament director Les Galloway said the fact that a team such as Alexander Road had reached the provincial finals was indicative of the opportunities the tournament provided.

“It is brilliant to have a team like Alex in the finals for the first time, because it provides exposure for another set of players.” – National Tournament Director Less Galloway

“And then there is also a school like Hudson Park, who are back after missing out last year. It shows that this tournament gives so many opportunities to different players.”

Galloway said there would be plenty of pressure in the finals when matches will be played over 30 minutes (15 minutes in each half).

“There are some quality sides in attendance and it will all come down on the day to who wants it the most.”

She referenced the recent women’s World Cup in Britain, which saw the lightly regarded Ireland reaching the final against all the odds.

“That was a platform for them to succeed and although this is obviously on a smaller scale this tournament is a chance for the players and the coaches to show what they can do,” said Galloway.

“You just never know who will lift the trophy in the end.” – Less Galloway

In its third year in the Eastern Cape, she said the Challenge had proved to be extremely successful, thanks to the involvement of SPAR Eastern Cape.

“We have seen about 700 to 750 girls exposed to a level of hockey they might not normally face and this is all due to the support we have from SPAR.

“This year PE Inland winners Kingswood are unable to attend the finals and have been replaced by Victoria Girls of Grahamstown.

“They are over the moon at having received this opportunity and it just shows the importance of creating these chances for our young hockey players.”

SPAR EC sponsorship and events manager Alan Stapleton said the nature of the format made for a day full of surprises.

“We are really excited about the unpredictability of the Hockey Challenge finals where there are absolutely ‘no favourites’,” he said. “We are looking forward to a great day of competitive fun and renewing friendships.”

Play will start at 8am, with the final scheduled for 2.15pm.