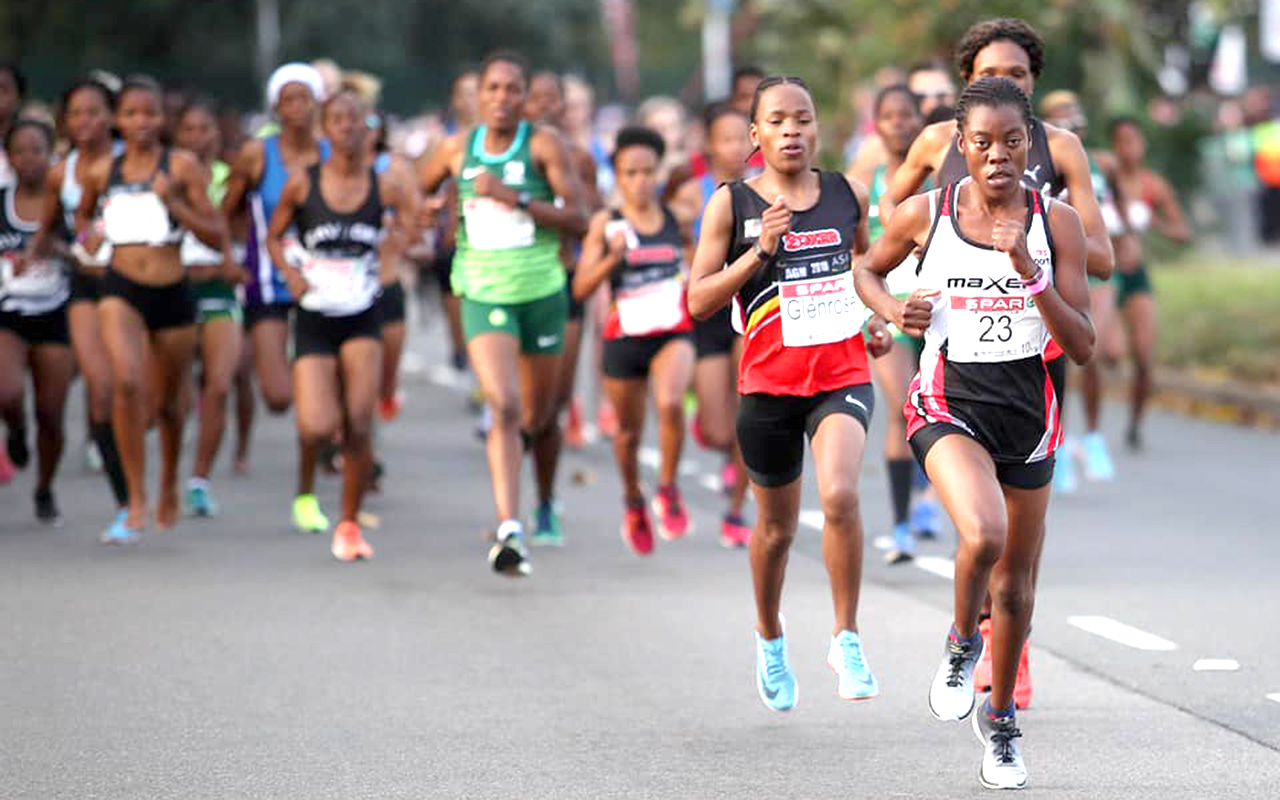 Some know her as ‘SuperchargeStar’ and others by her title as ‘Queen of Cross Country’, and the accolades ring true for the fearless and determined Glenrose Xaba, someone who is certainly not your average 23-year old.

2018 is proving to be an outstanding year for the Mpumalanga-born Glenrose, who has already achieved exceptional times in hot pursuit of her dream of athletic greatness in her career.

During the 2018 AGN Track and Field Championships, the inspiring runner got the crowd roaring when she set a new PB and a season lead of 32.55, in the demanding 10,000m event.

As someone who believes in her talent – whether on the track, in cross-country or on the road, Glenrose rose to the occasion recently when she won the first of Gauteng’s two Grand Prix races in Centurion, to take the top spot on the series Leaderboard after a string of second-placed in the calendar’s early races.

“My journey with Boxer Athletics Club is the best thing that has happened to me.” – Glenrose Xaba

But for every ounce of talent she possesses, the speedy long-distance runner is quick to credit everything she receives under a wide umbrella of support, which includes her on-the-road competitor Kesa Molotsane, coach Michael Seme, running club manager Rhyn Swanepoel and SA’s iconic sporting couple, Caster Semenya and Violet Raseboya.

And, knowing the advantage that support grants her, Glenrose makes sure she is also plowing back into the next generation, freely sharing the advantage of her experience with other budding athletes.

As she goes about readying herself for bigger and greater successes, Glenrose took some time out to speak with gsport about her athletics journey, and her aspirations going forward:

Congratulations on your performances so far in the SPAR Grand Prix Series. Were you expecting to do as well?

Thank you. My goal for this year was to win Spar Ladies 10km Grand Prix series. My training has been going very well. When I set a new PB, and fastest 10km time in SA for 2018 in AGN Track n Field Championship in the 10,000 metre, in a time of 32.55. I knew then that I have a good chance to win the Spar Grand Prix Series.

Who are your sponsors and how have they contributed to your success?

Tell us about a typical training day …:

What is your advice for young runners?

My advice to young runners is to focus on the track, do Cross Country, and a few 10km races. Dont rush your career to the long distances. If I look at myself, i am 23 years old, and the furthest I have ever raced is 10km. Young runners must make sure that they get coaches, and club managers that understand athletics, and who can guide them correctly

Who are your biggest supporters on your athletics journey?

My biggest support in my athletics is Violet Raseboya, she looks after all my running, she implement all my running programs that is done by my coach, Micheal Seme. My Club Manager Rhyn Swanepoel gave me the opportunity to be part of the Boxer AC team, which he is the manager of. This team is known as the #TeamOfChampions.

The Boxer AC team is full of SA Champions like Lebogang Phalula, Lebo Phalula, Gladwin Mzazi, Stephen Makoka and Elroy Gelant, and that motivates me. Rhyn understands what I want to achieve, and he supports me in achieving my goals.

Who are the women or athletes that you look up to?

They are Caster Semenya and Violet Raseboya. they are the reason I run every day. They do so much for me.

Aside from the SPAR Grand Prix, what other races are you due to run in the next few months?

I will focus on the Spar Ladies 10km races in Pretoria, Pietermaritzburg and Johannesburg, but I will also run the Totalsport Ladies 10km, and the FNB 10km Johannesburg and Durban races.

What is your greatest running ambition?

If I can win the Spar Ladies Grand Prix Series it will change my life, and i am focussed in winning that for myself, and my family back home in Mpumalanga.

Then my ultimate goal is to go to the Olympic Games!

Photo 1 caption: Glenrose Xaba sets her eyes on the finish line behind an early fast starter of the SPAR Ladies 10km Challenge. Xaba finished second in the first three races, in Cape Town, Port Elizabeth and Durban, but claimed her maiden title in Centurion on Sunday 4 August to take up pole position in the series’ Grand Prix standings. Photo: Supplied

Photo 2 caption: Glenrose Xaba pictured putting in the hard yards in the 2017 Totalsports Johannesburg race. In recognition of their contribution to her success, Xaba is quick acknowledge the vital input of supporters and sponsors. Photo: Stillwater Sports / Tobias Ginsberg