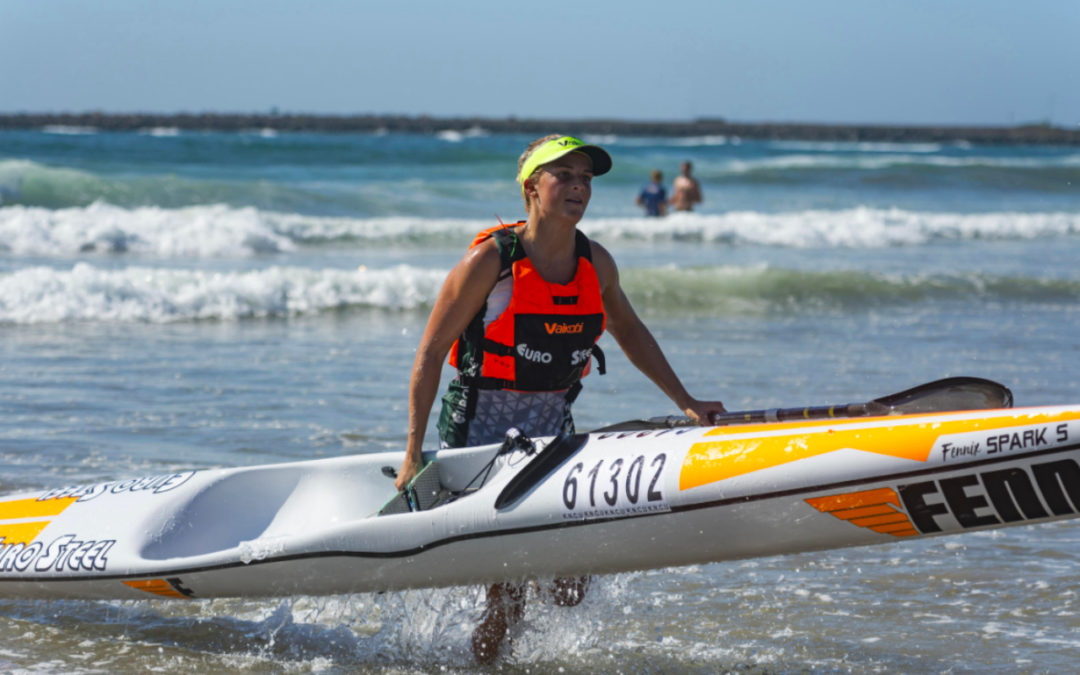 Under 18 paddler, Saskia Hockly won the women’s single ski honours outright and the double ski race saw a return to the water for former world champion, Hayley Nixon, at the Thule Season Starter that got the popular winter surfski series under way on Sunday, 18 April 2021.

Nixon, who has been away from her paddles since the birth of her daughter Emma last year, found a willing ally in Hilary Bruss and they took the overall line honours in the women’s racing.

Backing up Hockly’s result, under 16 paddler Tannah Smith also raced onto the women’s overall podium, underscoring the depth of talent emerging from the junior surfski ranks at present.

The series takes a break next weekend as all eyes focus on Robben Island for the Freedom Paddle, before the second series race takes place on the long weekend at the beginning of May.